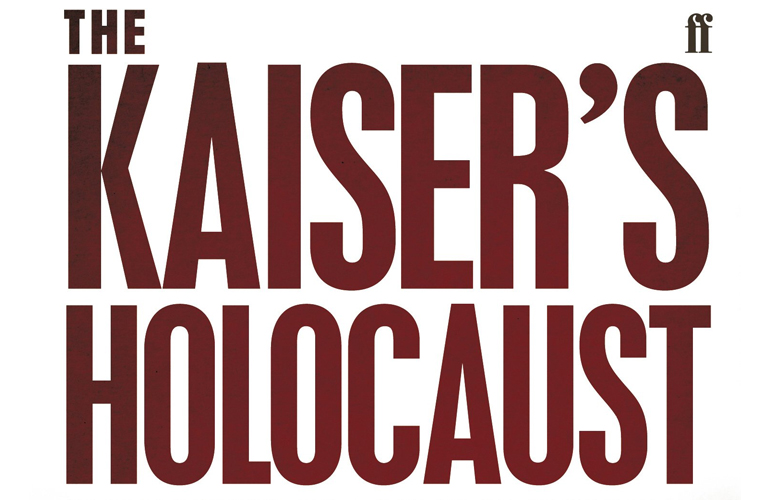 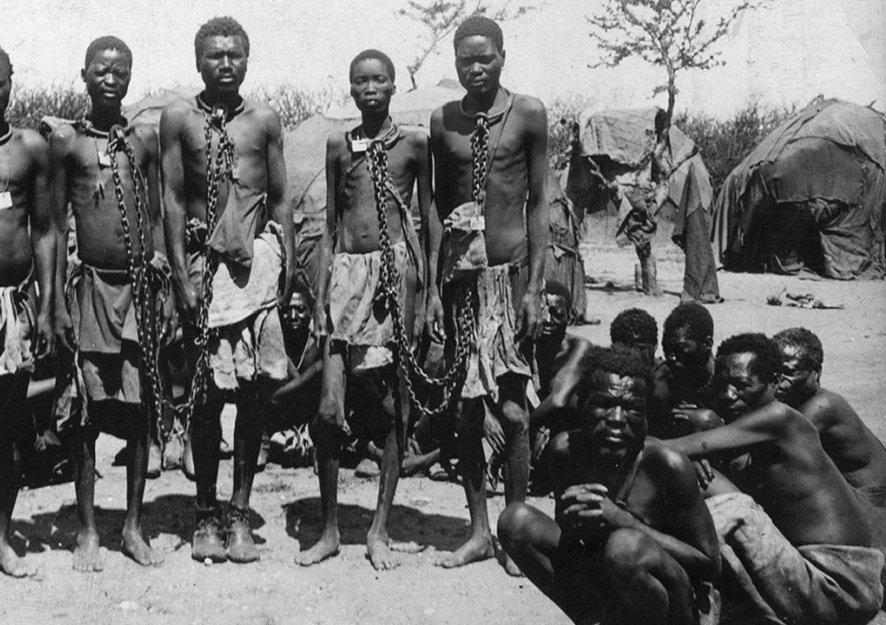 Victims of Herero and Nama genocide

In 1884, Germans invaded what is now present-day Namibia in Southern Africa. Led by Otto Eduard Leopold, Prince of Bismark and Duke of Lauenburg, the Germans invaded the land to obstruct the British who were planning to expand their territories into Namibia. After the successful takeover, the Germans declared Namibia a German state and named it German South West Africa.

Unlike many other colonial rulers who approached with peace and friendship, the Germans were not in Namibia to make friends with the indigenous people and had declared their actions in how they dealt with the locals. For the Germans, Namibia presented itself as a land of opportunity and expansions of their kind. 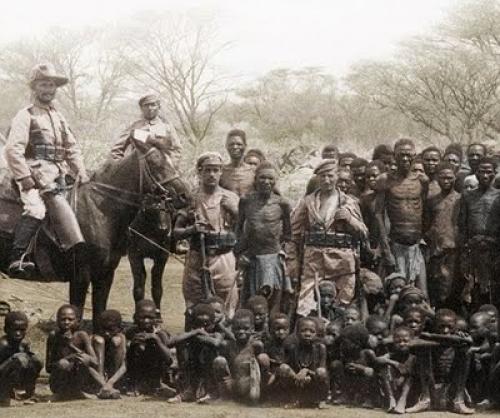 The Herero and Nama tribes were the two indigenous people of Namibia who owned the lands and were prosperous cattlemen and farmers. Before the German invasion, they lived in sophisticated and well developed social settings, but between 1884 and 1903, they helplessly watched on as the Germans took over the lands and properties, killed their labor force and shipped them away into slavery.

In January 1904, the outraged Herero and Nama tribesmen were armed with local weapons and rifles and attacked the Germans. The attacks took the Germans by surprise and drew the attention of the world. Identified as indigenous campaigning against racial extermination, it led to the first Genocide of the 20thcentury.

By August 1904, the battle between the Germans and the indigenous people of Namibia had begun to take a toll on the population of the Germans. With fear of being wiped out, the Germans called on the German Empire for help, and military troops with cannons were sent down to fight the Herero and Nama people.

Unfortunately for the indigenous people, the German army was no match for them and the Germans won the battle killing 30,000 Hereros and 10,000 Namas.

In 1905, the Germans officially created the Shark Island Concentration Camp in Luderitz Bay where they dumped captives and the remains of the dead locals in the early 1900s. The island is located along the coast and had very harsh and cold weather condition which were not favorable for habitation. The captives were left to their fate and died of hunger, cold or disease that greeted from the rot of the dead bodies. 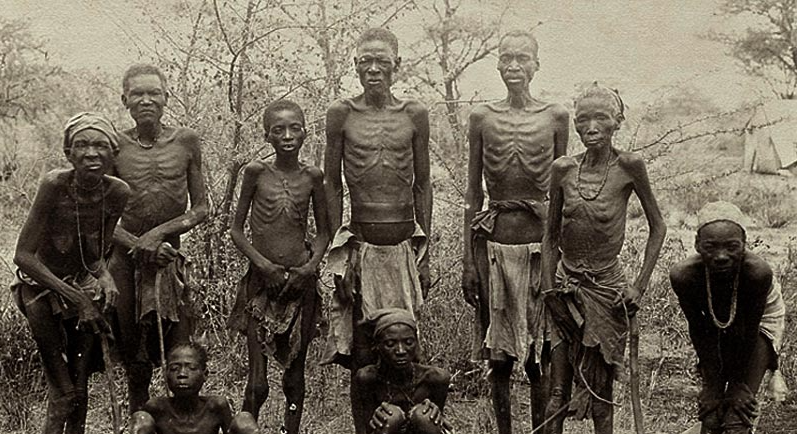 The Germans continued to transfer people into the camp creating the first death camp in the world. Prisoners and captives that survived were used as forced labor to construct the Otavi railway until they died. Women and children were rapped and forced to remove flesh from the heads of the dead and clean them before they were shipped off to Germany for research in several institutions.

By 1905, the Germans had successfully wiped out a large population of the indigenous people. In 1907, the war came to an end, and the surviving Africans were forced to move further southwards occupying present-day South Africa and Botswana.

The death camp was officially closed down in 1907 under the orders of Major Ludwig Von Estorff after signing a peace agreement with the Witboi, a subgroup of the Nama people who had surrendered to the Germans to end the war.

In 2004, the Germans officially apologized to the Namibians, but the apology only sparked more debate on the fact that they owed Namibia more than just an apology.