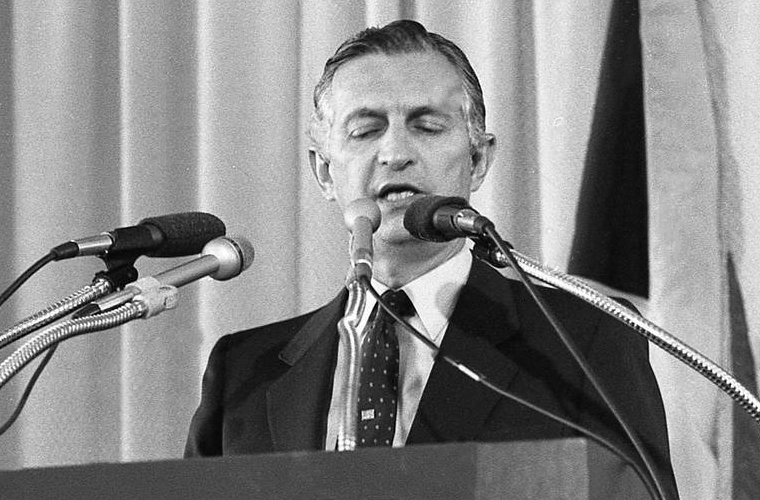 The Most Hon. Edward Phillip George Seaga, ON, P.C., LL.D. (Hon.), former Prime Minister (1980-89), Leader of the Opposition from 1989 to 2006, was born on May 28, 1930, to the late Phillip George Seaga and Erna Seaga (nee Maxwell).  He was educated at Wolmer’s Boys’ School in Jamaica and graduated from Harvard University in 1952 with a Bachelor’s Degree in the Social Sciences.

On August 22, 1965, Mr. Seaga married Elizabeth “Mitsy” Constantine, Miss Jamaica 1965.  They have two sons, Christopher and Andrew and a daughter Anabella.  This marriage dissolved in 1995 and the following year, on June 14, he married Carla Vendryes.  They have a daughter.

Mr. Seaga plays tennis, hunts and collects Jamaican folk music.  A keen gardener and amateur landscaper, Mr. Seaga has translated his love for plants and flowers into the beautiful Enchanted Garden Resort, which has become a unique attraction in Jamaica.  He is also a member of the Kingston Cricket Club, various hunting clubs and the Jamaica Skeet Club.

Mr. Seaga’s political career began in 1959 when Sir Alexander Bustamante, the founder of the Jamaica Labour Party (JLP), nominated him to serve in the Upper House of the Jamaica Legislature in the Legislative Council (later the Senate).  His appointment at age 29 made him the youngest member ever appointed to the Legislative Council, which established the framework for national independence in August 1962.

In April 1962 Mr. Seaga was elected Member of Parliament for Western Kingston and he held that seat for 40 consecutive years.  He is the only person who has been re-elected as Member of Parliament for that constituency for more than one term and is the longest-serving M.P. in the history of Jamaica.  Immediately after winning his seat in 1962, Mr. Seaga was appointed to the Cabinet as Minister of Development and Welfare.  Following the 1967 General Elections, he was made Minister of Finance and Planning and in 1974 he became Leader of the JLP and the Parliamentary Opposition until the General Elections of October 30, 1980, when the Jamaica Labour Party won a landslide victory over the People’s National Party (PNP).

The mandate of Mr. Seaga and the JLP was renewed in the uncontested 1983 General Elections.  He remained Prime Minister until February 1989.  Mr. Seaga was also Minister of Finance and Planning, and his portfolio included responsibilities for information and culture.  Several economic and social programmes, which have had a significant impact on Jamaica’s growth and development, were conceived and initiated by Mr. Seaga.

Mr. Seaga has established, encouraged, promoted or introduced several institutions, which have contributed to the modernization and development of the financial sector.  These include the Jamaica Stock Exchange (1969), Jamaica Unit Trust (1970), Jamaica Mortgage Bank (1973), National Development Bank (1981), the Agricultural Credit Bank (1981), the Ex-Im Bank (1986) and the Students’ Loan Bureau.

He promoted the modernization of commercial agriculture by introducing high technology and stimulating agricultural enterprise in new crops.  He put unused and underutilized publicly owned lands to work.  The highly successful Jamaica National Investment Promotion Ltd. (now JAMPRO), was created by him in 1981 as a one-stop investment organization to promote local and overseas investment in Jamaica.

Under his administration, in the 1980s, the Income and Corporate Tax System was comprehensively reformed and modernized to make it more equitable and efficient.  Mr. Seaga also introduced modern computerized technology into the administration and organization of revenue collection in which each taxpayer would be assigned a Taxpayer Registration Number (TRN).  He overhauled the indirect tax system by combining a number of taxes into a single General Consumption Tax (GCT).

In the 1960s Mr. Seaga transformed the country’s then worst slum, “Back-O-Wall”, into a modern, low-income residential community, renamed Tivoli Gardens.  Mr. Seaga also established the Urban Development Corporation (UDC) in 1968.  Through the UDC the waterfronts of Kingston, Ocho Rios, and Montego Bay were developed into a major resort, residential, port and office complexes.  Among other accomplishments, the UDC spearheaded the development of Negril as a resort area.  Notably, two-thirds of the choice land for development was acquired by the UDC at Mr. Seaga’s initiative to establish a land bank.  This formed the basis for planned developments such as Hillshire, Bloody Bay (Negril), Seville and Auchindown (Westmoreland).

In 1985 Mr. Seaga established the MetropolitanParksand Markets (MPM) as a subsidiary of the UDC to be responsible for public cleansing, beautification and the maintenance of the parks and markets in the city of Kingston and other specified urban areas.

Mr. Seaga’s most satisfying area of creative endeavor has been the creation of several outstanding social enterprises, especially for young people.  Among them are the Human Employment and Resource Training Programme (HEART), which began in 1983 and provides job-related training for school-leavers and drop-outs on a wide scale throughout Jamaica.

He created and established the Jamaica Festival, (in which institutions compete annually in the literary, performing, plastic and graphic arts, as well as culinary skills, leading up to the Independence celebrations.  This festival has become the showcase of Jamaican talent and the cradle of our traditional cultural expressions.

In the 1960s while he was Minister of Development and Welfare, Mr. Seaga gave popular music (Ska) its first exposure to the international scene by promoting overseas tours of Jamaican artistes. This laid the foundation for the international emergence of Reggae, now popular worldwide.

Mr. Seaga promoted the concept of an international “cultural bank” leading to the establishment of the International Fund for the promotion of Culture (IFPC) by UNESCO in the 1970s.

In the 1980s, he played a leading role in the establishment of the Caribbean Basin Initiative (CBI) conceived as a “Marshall Plan” for the Caribbean and promoted the concept of a human facility, later adopted by the United Nations Development Programme (UNDP) as the Short Term Advisory Service (STAS) to provide low-cost short-time expertise from the international private sector for developing countries.