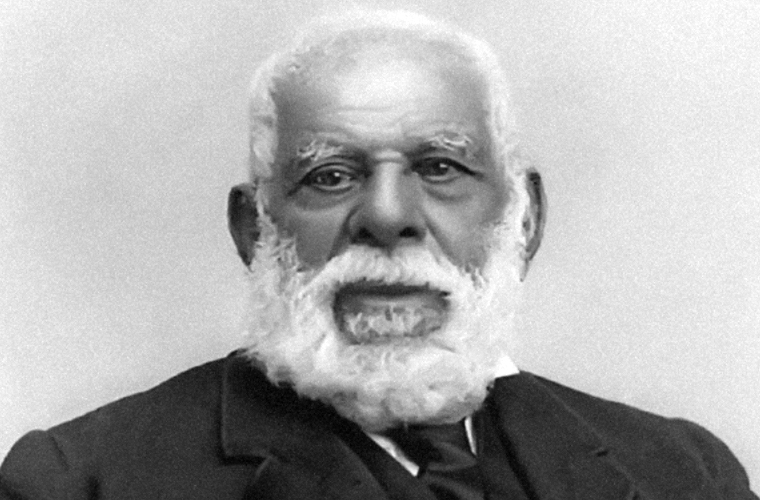 As with many things, the African presence in California and Los Angeles, in particular, had been shielded by historians till the City’s Bicentennial celebration in 1981.

And today we focus the lens on Pío de Jesus Pico, an Afro-Mexican whose imprint on Los Angeles was notable. He was one of the most influential Black-Mexican with roots to the original Pobladores.

The Los Angeles Pobladores or “townspeople” being a group of 44 settlers and four soldiers from Mexico, who established the famed city in 1781 in what is now California. The settlers came from various Spanish castes, with over half of the group being of African descent.

Mexico’s 15th-century assimilation of Spaniards, indigenous natives and African enslaved gave rise to “Black Mexico,” eventually leading to the founding of Los Angeles by Black Mexicans and Mestizos in the 18th century when California was still under the rule of Mexico.

The Compton Herald’s project to take a relook at the early African presence in the Americas led to the discovery of Pío de Jesus Pico. Although the Pico surname is widely familiar in Southern California — from busy Pico Boulevard, the City of Pico Rivera, the Pico House, to Pio Pico State Historic Park – and the surname adorning several businesses from fast food establishments, dry cleaners to shopping malls, the  general public is ignorant of the man behind the name.

A son of a Spanish artillery sergeant, Pico is reported to have joined the Mexican army for a brief time in 1828. For his service, he received his first land grant of 8,922 acres near San Diego, named Rancho Jamul the following year. Years later in 1841, Pico and his younger brother, Andrés, were awarded the 133,441-acre Rancho Santa Margarita.

Pico served twice as governor of Alta California, and the last governor of the territory under the rule of Mexico. He eventually became fabulously wealthy and was regarded as a mover and shaker in the annals of early California.

In 1831, a dispute over California’s mission lands escalated into an open revolt against the rule of Gov. Manuel Victoria, who refused to secularize the missions, to transfer their vast property holdings from ecclesiastical control to civil possession and use.

Victoria and the rebels, led by wealthy landowners, converged on Cahuenga Pass on Dec. 5, 1831, launching the Battle of Cahuenga Pass, where Victoria was seriously injured, forcing him to flee, vacating the office of governor. As the senior member of the territorial legislature, Pico became governor by default, but his tenure was disrupted by Victoria’s hand-picked successor and lasted less than three weeks.

He later became the administrator of Mission San Luis Rey leading the secularization of the missions in 1831. The secularization paid great dividends, as the awarding of such vast land grants would not have been possible under mission ecclesiastical control.

Following the end of the Mexican-American War with the signing of the Treaty of Guadalupe Hidalgo, Pico reclaimed his title to the land he had previously acquired and re-invested in more real estate becoming a wealthy and influential private citizen.

By the 1850s, Pío Pico was one of the richest men in Alta California. In 1850 he purchased the 8,894-acre Rancho Paso de Bartolo, which included half of the present-day city of Whittier. He bought the acreage from the heirs of Juan Crispin Perez. Two years later, he built a home on the ranch and lived at “El Ranchito” from 1852 to 1892.

The land was also a working ranch, however, it was the gold discovery on Jan. 24, 1848, in the American River at the base of the Sierra Nevada Mountains near Coloma, Calif. at Sutter’s Mill, that Pico will make good money as more than 300,000 people thronged into California to seek their fortunes.

Pico who had purchased the land two years prior was now supplying beef to the gold prospectors making him one of the wealthiest cattlemen in California controlling more than a quarter-million acres of prime grazing land. Most of the ranch has since been subdivided into the cities of Whittier, Montebello and Pico Rivera.

Nature puts humans to the test no matter how gravy a good run may taste so Jesus Pico was given reality check-in 1883 when a devastating flood wiped out most of the mansion, leaving only the foundation and a few walls. It is preserved today as Pio Pico State Historic Park.

Pico despite his humble beginnings also owned more than 500,000 acres comprising large estates near Whittier and in the San Fernando Valley.

Pico excelling in both business and politics married María Ignacia Alvarado on Feb. 24, 1834, in the Plaza church. It was attended by the entire population of the Pueblo — 800 people, plus hundreds from elsewhere in Alta California.

While in San Diego, Pico ran for office in 1834 as the first alcalde (magistrate) of San Diego after the secularization of the missions but was defeated. He challenged Gov. Juan Bautista Alvarado on various political issues and found himself in trouble with the government, imprisoned on several occasions.

Pío Pico led a popular coup against the unfavorable Governor Micheltorena becoming governor in April 1846, however, his rule was truncated when invading American forces took the town later that year.

As American forces advanced on Southern California, Pico fled to Baja California-Mexico in a futile attempt to raise a resistance force and to prevent his capture and imprisonment. In the end, Los Angeles fell to the invading American troops and the capture of Mexico City in September 1847 sealed California’s fate, becoming a permanent American possession.

Tragically, Pío Pico’s final years were impoverished. He died in 1894 at the home of his daughter Joaquina Pico Moreno in Los Angeles. His remains lie in the El Campo Santo Cemetery, now the Homestead Museum in the City of Industry.

Pico was born on May 5, 1801, at the Mission San Gabriel Arcángel to mulatto parents, José Maria Pico, and María Eustaquia Gutiérrez. His father passed in 1819 while his mother — the last surviving member of the original Pobladores died in 1860 aged 97.