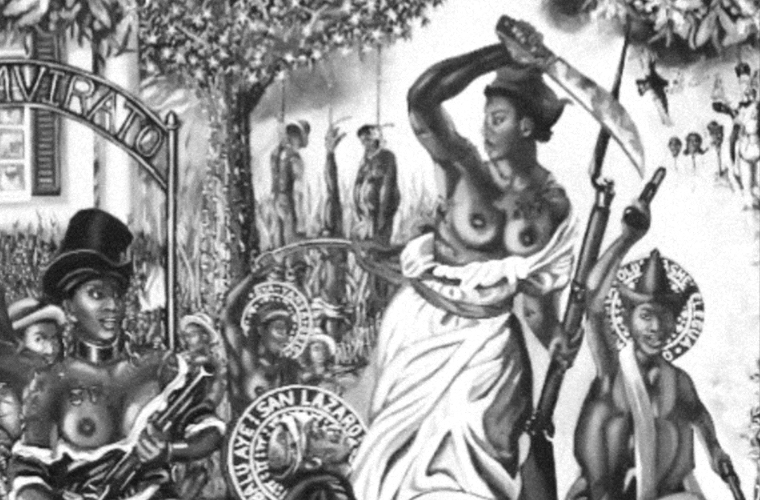 The 1800s, in the Americas and Europe, was an interesting and busy era, which was filled with noble resistance and revolts from Black men and women all over the world. At that point in history, slavery had been abolished but was still practiced in many parts of America and Europe.

Black men and women, descendants of Africans taken into slavery, and the new slaves, were becoming bolder in their need for freedom from the harsh treatments on the plantation in the Caribbean. The Caribbean and America were where Africans suffered the most at the hands of slave masters and plantation overseers.

But no matter how hard the white slavers tried to break the spirit of the Black people; the resilient Black spirit fought back. And every time there was a revolt, it shocked and reminded the white enslavers that “the spirit of the Africans were as hard as the back of a thousand years old Iroko tree.”

As the years went by, more and more Africans started to revolt. Although their leaders were caught and killed in some cases, in general, the enslaved Africans were waking up aggressively. It was in that unflinching demand for freedom that the legend and achievements of Carlota Lucumi were born.

Carlota was still a slave as of 1843 and was still laboring and enslaved in sugar plantations in Mantazas, Cuba, called Triunvirato. At that point, her rank had risen among the enslaved Africans, and so she had some influence in the community of the slaves. So, for months, she and five other slaves planned to revolt against their masters.

Her counterparts were named Firmina (a woman), Filipe Lucumi, Eduardo, Narciso, and Manuel Ganga. They stroke on the 5th of November 1843, setting multiple houses on their plantation on fire, including the house which was used in punishing slaves. They attacked the Mayor and Julian Luis Alfonso, who was the sole owner of the plantation.

The tale of bravery and revolt of Carlota spread like wildfire throughout Cuba. And in its wake, over 5 plantations had their slaves rising up and killing as many white enslavers as they could find. They were hungry for freedom, and they took it by force.

Carlota was so fierce in the battle that she celebrated the success of her revolution by striking down the daughter of an overseer with her machete. The overseer’s daughter was named María de Regla.

The revolution raged on, and she was captured by white soldiers and tortured. They tied her body to her horses and forced them to drag her till she died. When her followers found her body on the morning of November 6, 1943, on the Triunvirato estate, they were enraged and rioted angrily, stormed the estate killing as many whites as they saw. The revolution would come to an end, as the white soldiers overpowered the Blacks, with their superior firepower.

The revolt ended after Carlota’s death, but its legacy lived on and was the major motivation for the Cuban independence struggle. Her rebellion sent a hard shock to the heart of the white society in Cuba.

Till today, Carlota is a major element in Cuban history, for her role in leading one of the biggest revolts in during slavery.

She was kidnaped at the age of 10 from the Kingdom of Benin where she was born and taken into slavery. One would expect that the harsh realities of slavery would have broken the resilient African spirit of a 10-year-old girl, but it didn’t. From that tender age, she wanted freedom. And she grew up to become a fierce fighter and liberator.

Her last name Lucumi is gotten from her ethnic group, the Lucumi people, who are Afro-Brazilians descended from the Yoruba of present-day Nigeria and the Benin Republic. Their tribe was greatly feared in Cuba, just like the Maroons. They were known for leading revolts and establishing their own settlements.