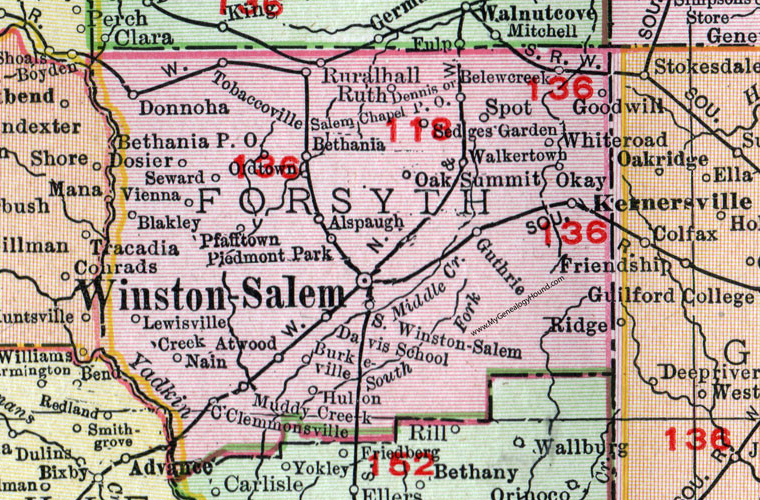 Between the 1860s and the 1920s, white Americans pushed out thousands of black residents from their communities. 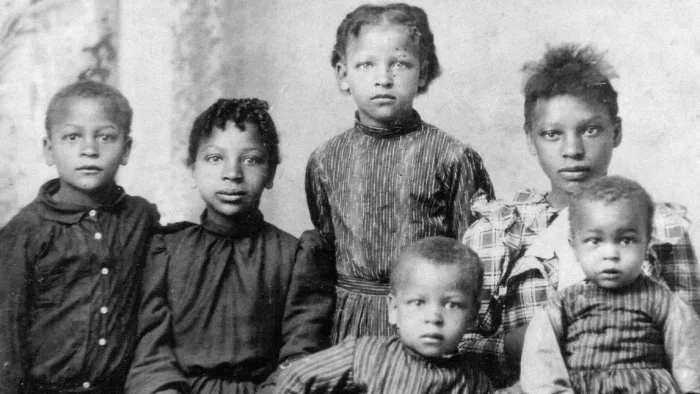 The children of Jeremiah and Nancy Brown, who were expelled from Forsyth in 1912. Left to right: Harrison, Rosalee, Bertie, Fred, Naomi, and Minor Brown, circa 1896.

Stacey Abrams’ victory in the Georgia Democratic gubernatorial primary put her one step closer to becoming the first black female governor in the U.S. To understand what Abrams is up against in November when she’ll compete against two Republican men in a red state that has only elected white men, it’s useful to look at the state’s history of white supremacy and how that legacy affects Georgians today. One county in particular shoulders an especially egregious past.

The northern county of Forsyth, one of Georgia’s 10 most populous, leans heavily white and conservative. Its demographics are shaped by an event that happened in 1912 when white people forced out all 1,098 of Forsyth’s black residents, who comprised about 10 percent of the population at the time.

Growing up as a white boy in Forsyth, writer Patrick Phillips says that he’d always heard that the county had driven out the black population to protect its white women after black men had raped and killed one woman. As an adult, he researched the real story and published his findings in Blood at the Root: A Racial Cleansing in America.

“There was in fact a white woman who was murdered in 1912 and her name was Mae Crow,” he says. “She was 18 years old and she was found under very mysterious circumstances beaten and bloody and unconscious in the woods.” 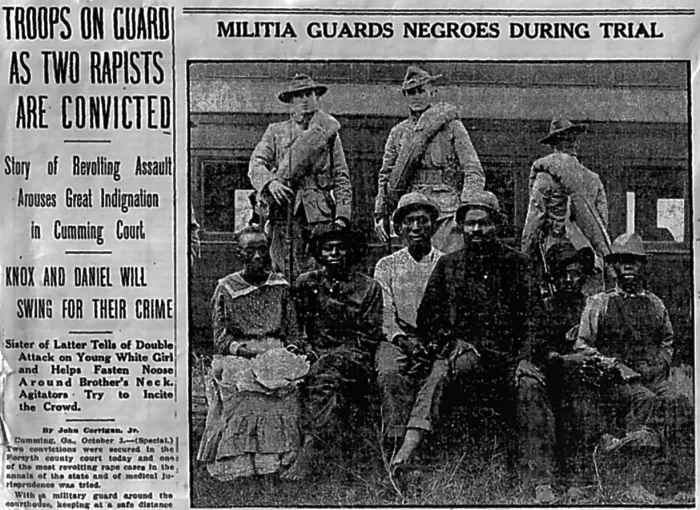 The case is still unsolved, and will likely remain so since there are no more living witnesses. Yet at the time, “the only young black men living in that part of the country were accused of the crime,” Phillips says. “A man named Rob Edwards was lynched almost immediately on the town square, and this turned out to be a lynching that most of the community participated in. Thousands of people showed up to watch the lynching and joined in and fired bullets into his corpse.”

The county also lynched Oscar Daniel and Ernest Knox, both teenage boys. After that, white vigilantes drove every black person out of the county and enforced its borders as whites-only well into the 1980s. Black families disbursed to different regions, some moving north in the Great Migration. Many, Phillips says, moved to neighboring Hall County, Georgia.

This expulsion wasn’t a bizarre anomaly in one part of the country. Between the 1860s and the 1920s, white Americans drove thousands of black residents from their communities.

Since then, many of these communities have remained almost exclusively white, according to the PBS documentary Banished. In 1901, white residents of Pierce City, Missouri, lynched three black men and banished 300 black residents. By 2000, the census reported that the city had remained majority white: out of a population of 1,385, only 0.22 percent—i.e., three people—were black. A 1905 expulsion in Harrison, Arkansas left a similar legacy, as the 1912 campaign in Forsyth. Today, Forsyth’s population is only 3.6 percent black. 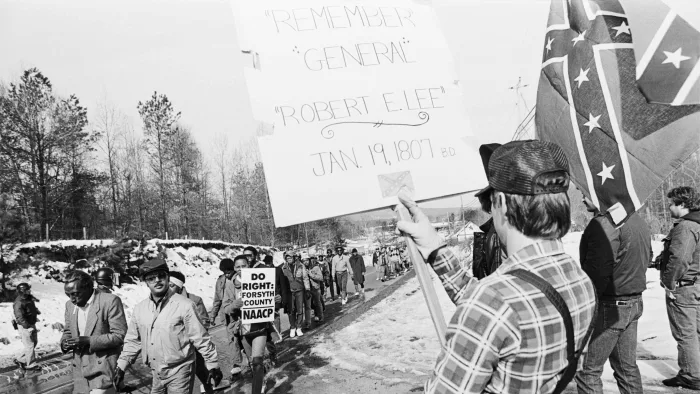 Forsyth’s ugly history drew wider state attention in 1987 when black Americans and white allies held a 1987 civil rights march in Forsyth. Many white residents responded by throwing rocks at the marchers, and Phillips says this kicked off an inquiry into whether land that was illegally taken from black residents in 1912 could be turned over to those black residents’ descendants today. However, since the land has been handed down or sold several times since then, the county didn’t redistribute any land, and likely won’t in the future.

Phillips says that many other communities in northern Georgia attempted to expel their black residents in the early 20th century—Forsyth was only unique in how successful it was. “If these people were to vote for someone like Stacey Abrams and really put all this behind them it would be revolutionary,” he says. “But there’s a lot of history and a lot of bigotry in that part of Georgia.”