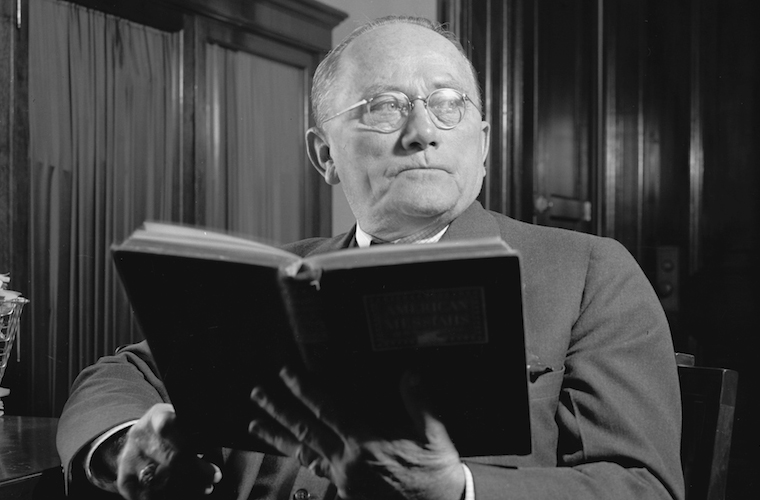 Theodore G. Bilbo was governor of Mississippi for two terms and a U.S. Senator for two, from 1935 to 1947. He ranks high and shrill among the crowded thicketry of openly racist and violence-loving American politicians. On June 6, 1946-D Day’s second anniversary-Etoy Fletcher, a black Army veteran who’d served 23 months in the South Pacific, tried to register to vote in Brandon, a small burg just east of Jackson, Mississippi. Fletcher was attending Jackson College on the GI Bill at the time. At the courthouse, the circuit clerk told him to see “the gentleman in charge of veterans affairs” on the second floor. The gentleman on the second floor told him to “get out,” following which four white men kidnapped Fletcher, took him to the woods, stripped him, flogged him with a wire cable, and threatened to kill him if he tried to register again.

There’s nothing original about the story. It happened routinely, terror being every black individual’s inalienable burden. But nothing happened routinely without the active encouragement of the law. State-sponsored terrorism has long and deep roots in the American heartland, and lawmakers and other species of prominent, upstanding men of their communities etched it lucidly and unapologetically in the habits of heartlessness of the men, women, and children around them: The teaching of hate, of dehumanizing other human beings, takes effort and skill, because it’s against human nature to dehumanize one’s own, but it was one form of education Americans of the Old South excelled at. After three hundred years of the same, it came naturally.

A few hours after Etoy Fletcher’s affidavit documenting his assault became public, Sen. Theodore Bilbo, in a radio address no less, called on “every red-blooded Anglo-Saxon man in Mississippi to resort to any means to keep hundreds of Negroes from the polls in the July 2 primary. And if you don’t know what that means, you are just not up to your persuasive measures.” This, from the mouth of a sitting U.S. Senator, on the public airwaves, in post-war America, regarding black men, most of whom were veterans fresh from defending American freedoms from fascism and Japanese imperialism.

One’s left to wonder if Malcolm X’s most famous if frequently misused line, an ironic reversal of Bilbo’s, wasn’t inspired by the Mississippi senator rather than by Jean-Paul Sartre (who’d used the phrase about eradicating class by any means necessary in 1963 play, “Les mains sales”): “We declare our right on this earth,” Malcolm said in 1965, “to be a human being, to be respected as a human being, to be given the rights of a human being in this society, on this earth, in this day, which we intend to bring into existence by any means necessary.” (He used the phrase in various variations in various speeches.

In a Selma, Alabama news conference on February 4, 1965, he said, “I frankly believe that since the ballot is our right, that we are within our right to use whatever means is necessary to secure those rights.” In his “Worldwide Revolution” speech at the Audubon Ballroom in Harlem eleven days later, he said of the Organization of Afro-American Unity, “we are for the betterment of the community by any means necessary.” In an interview with the British magazine Flamingo, in the April 1965 issue, Malcolm was quoted as saying that “Negotiation gives nothing. Our motto is ‘By any means necessary.'” And so on.)

A year after his own exhortation to attack blacks uppity enough to presume to have the right to vote, Bilbo would be dead, but not before publishing a book called “Take Your Choice” (a book fully available on the web in pdf) where he lays out his thesis, such as it was, that the black “volcano” had to be removed from white American soil:

The lines are clearly drawn, and there is no middle ground. This problem, which exists because of the presence of some 12,865,518 Negroes in this country, can be permanently solved only by the physical separation of the races or by resigning ourselves to total mongrelization resulting in the destruction of both the white and black races and thus realizing the dream of the late Professor Franz Boas of Columbia University and many Negro writers-a brown race-a mixed race-mongrels-products of sin itself. Thousands of years of racial contact throughout world history offer proof of this conclusion. The experiences and history of thousands of years prove that whenever and wherever the white and black man has tried to live side by side the result has been mongrelization which has destroyed both races and left a brown mongrel people.

The book may not have sold 500,000 copies or been chosen as a selection of the Book of the Month Club. But it must be one of those regurgitated inspirations for the likes of David Duke and garden-variety skinheads. Its effect, underground in places, on proud bedsides next to bibles and in good old southern homes, might as well have been that of a best-seller, the same best-selling worth, under a different guise, that had been to the South and many parts of the North what canvass is to any painter: the weaved backdrop taken for granted.

And yet the forgotten Bilbo’s only claim to fame, if it is one (being famous for one’s bigotry, in America, talking more doing than Bilbo’s stand-up routines), is fame by association – with Richard Wright. In a speech on the floor of the Senate, in June 1945, while Etoy Fletcher, by the way, was still fighting somewhere in the South Pacific, Bilbo’s 62 inches rose and called “Black Boy,” Wright’s autobiography, “the dirtiest, filthiest, lousiest, most obscene piece of writing that I have ever seen in print. I would hate to have a son or daughter of mine permitted to read it; it is so filthy and so dirty. But it comes from a Negro, and you cannot expect any better from a person of his type.”

Bilbio’s strategy worked: He got people to read “Black Boy” (the book sold more than half a million copies, 351,000 through the Book-of-the-Month Club), but only the editions Wright had agreed, at his publisher’s urging, to self-censor. The sex, tame by today’s standards, was too much for the time (he worked in a hotel where prostitutes took their tricks and happened to see a few of them naked; he rejected a few sultry advances; he was briefly a saloon drunkard before he was an adolescent) and Wright preferred making his own cuts and earning a paycheck than flying independent artistry up a flagpole. But the book was eventually banned from American public schools anyway, as recently as the mid-1970s, for those very reasons alleged by Bilbo: “inciting” black hatred of whites.

And so it went. The white man incited hatred of blacks, and when the black man merely wrote about it, he was accused of inciting violence. Wright understood the impulse well. It’s what his books are all about-the inevitable reduction to violence that his characters brimmed with, the constant witnessing and subjugation to violence and hatred that he knew as a boy, whether in his own home “where feelings were never expressed, except in rage or religious dread, where each member of the household lived locked in his own dark world,” or beyond it, where every black man’s act could and usually was interpreted by whites as an affront or a crime deserving anything from a public slap to a lynching.

The more assertive, the more independent the act, the more subversive, the more deserving of retaliation, which is what led Wright to conclude that “My knowledge of how Negroes react to their plight makes me declare that no man can possibly be individually guilty of treason, that an insurgent act is but a man’s desperate answer to those who twist his environment so that he cannot fully share the spirit of his native land. Treason is a crime of the state.” And Theodore G. Bilbo was treason incarnate.

Theodore G. Bilbo was never disgraced. He died not of a poetically just cancer of the mouth, for which he’d lain through three operations the summer before, but from heart failure after “a long illness.” On what would prove to be his death bed, a few weeks earlier, he had told Leon Lewis, editor of Negro South, that “although I am honestly against the social intermingling of Negroes and whites, I hold nothing personal against the Negroes as a race.” Illness, or stupidity, must have spared his memory of those remarks about Wright, of whom “you cannot expect any better from a person of his type.”

None of this is history. It’s as contemporary as this morning’s newspaper. The dehumanization of others, the incitement to hatred, the automatic resort to violence, all under the guise of protecting the race (these days cleverly if Germanically called “the homeland”) is what the ongoing wars in Iraq and against “terror” are all about, wars that mask terror with terror and call it democracy, or whatever else the ellipsis-filling irony of the day happens to be. The distance between Theodore Bilbo and contemporary American policy, which dictates contemporary American attitudes, is about as distant as the glass bottle of Coke a GI is clutching in his hand as he joyrides around Baghdad, and the innocent “hajji” head he’s about to smash it on.