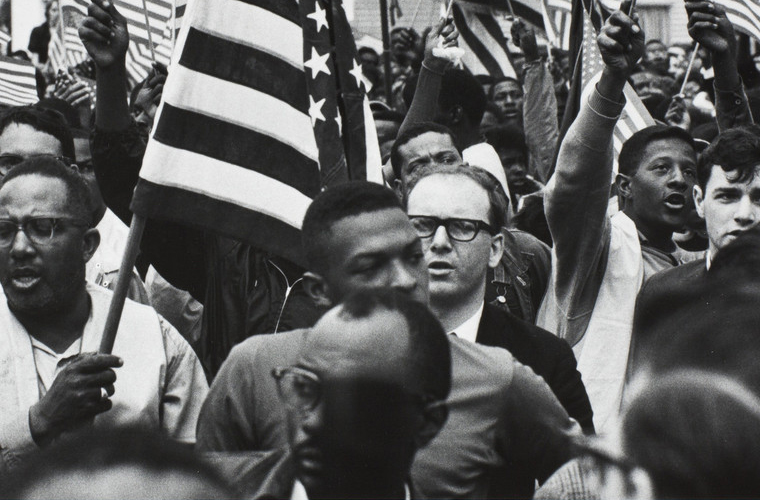 The Civil Rights Movement did not suddenly appear out of nowhere in the twentieth century. Efforts to improve the quality of life for African Americans are as old as the United States. By the time of the American Revolution in the late eighteenth century, abolitionists were already working to eliminate racial injustice and bring an end to the institution of slavery. During the Civil War, President Abraham Lincoln issued the Emancipation Proclamation, which was codified into law as the Thirteenth Amendment to the US Constitution. The Thirteenth Amendment officially outlawed slavery and went into effect in 1865.

After the Civil War, during the period known as Reconstruction, the passage of the Fourteenth and Fifteenth Amendments established a legal foundation for the political equality of African Americans. Despite the abolition of slavery and legal gains for African Americans, racial segregation known as Jim Crow arose in the South.  Jim Crow segregation meant that Southern blacks would continue to live in conditions of poverty and inequality, with white supremacists denying them their hard-won political rights and freedoms.

The twentieth-century Civil Rights Movement emerged as a response to the unfulfilled promises of emancipation, partly as a result of the experiences of black soldiers in the Second World War. African Americans fought in a segregated military while being exposed to US propaganda emphasizing liberty, justice, and equality. After fighting in the name of democracy in other countries around the world, many African American veterans returned to the United States determined to achieve the rights and prerogatives of full citizenship. The Civil Rights Movement involved many different strategies and approaches, including legal action, nonviolent civil disobedience, and black militancy.

Civil rights and the Supreme Court
One of the earliest approaches was centered on the courts. Spearheaded by the National Association for the Advancement of Colored People (NAACP), this strategy initiated lawsuits to undermine the legal foundation of Jim Crow segregation in the South. The landmark Brown v. Board of Education of Topeka ruling held that separate facilities were inherently unequal and thereby declared segregation in public education to be unconstitutional.

While the Supreme Court decision was a major victory for civil rights, white supremacists in the South pledged “massive resistance” to desegregation. In response to Brown v. Board, a group of Southern congressmen issued the “Southern manifesto,” denouncing the court’s decision and pledging to resist its enforcement. Ultimately, the federal intervention was required to implement the ruling.

Nonviolent protest and civil disobedience
With authorities in the South actively resisting court orders to desegregate, some leaders of the Civil Rights Movement turned to direct action and nonviolent civil disobedience. Civil rights activists launched the Montgomery Bus Boycott in 1955 after Rosa Parks refused to vacate her seat on the bus for a white person. Martin Luther King, Jr. emerged as a leader of the boycott, which was the first mass direct action of the contemporary Civil Rights Movement and provided a template for the efforts of activists across the country.

Religious groups such as the Southern Christian Leadership Conference (SCLC), student organizations like the Student Nonviolent Coordinating Committee (SNCC), and labor unions such as the American Federation of Labor (AFL-CIO), all took part in massive protests to raise awareness and to accelerate the momentum for passage of federal civil rights legislation. The March on Washington for Jobs and Freedom was the largest civil rights protest in US history and contributed to the successful implementation of the Civil Rights Act of 1964 and the Voting Rights Act of 1965. Mass direct action was highly effective, particularly due to widespread news media coverage of nonviolent protestors being harassed and physically beaten by law enforcement officers.

Black Power
Although comprehensive civil rights legislation represented a major victory for the Civil Rights Movement, the obstinacy of the white power structure in the South convinced some black activists that nonviolent civil disobedience was insufficient. Some African Americans were also concerned about the presence of so many northern middle-class whites in the movement. The Freedom Summer of 1964, during which northern white college students joined black activists in a voter registration drive in the South, was seen by some as an attempt to impose white leadership onto the Civil Rights Movement.

As a response to the continued power of whites, both within and outside of the movement, a more militant variety of civil rights activism emerged. One of its most influential proponents was Malcolm X, born Malcolm Little, who advocated black self-reliance, cultural pride, and self-defense in the face of racial violence. The approach that Malcolm X spearheaded came to be known as Black Power, and it gained many adherents after the assassination of Martin Luther King, Jr. in 1968 at the hands of James Earl Ray, an escaped convict, and white supremacist. Stokely Carmichael of the Student Nonviolent Coordinating Committee and the Black Panther Party were among the most vocal proponents of Black Power after the assassination of Malcolm X in 1965.

The unfinished business of the Civil Rights Movement
The Civil Rights Movement racked up many notable victories, from the dismantling of Jim Crow segregation in the South to the passage of federal legislation outlawing racial discrimination to the widespread awareness of African American cultural heritage and its unique contributions to the history of the United States. The 2008 election of the nation’s first African American president, Barack Obama, was a striking indication of just how far the struggle for equality has come. Yet other indicators reveal that there is still much work to do.

The goal of full social, economic, and political equality still has not been reached. African Americans continue to be incarcerated at a rate greatly disproportionate to their percentage of the population. Black men are the most frequent victims of police brutality, while poverty rates among black children and families are higher than among either whites or Latinos. Stereotypical portrayals of African Americans remain prevalent in popular culture. Many black Americans suffer from poor access to social services and from systemic inequalities in institutions like public education. As successful as the Civil Rights Movement was, there still remains unfinished business in the struggle for full equality.