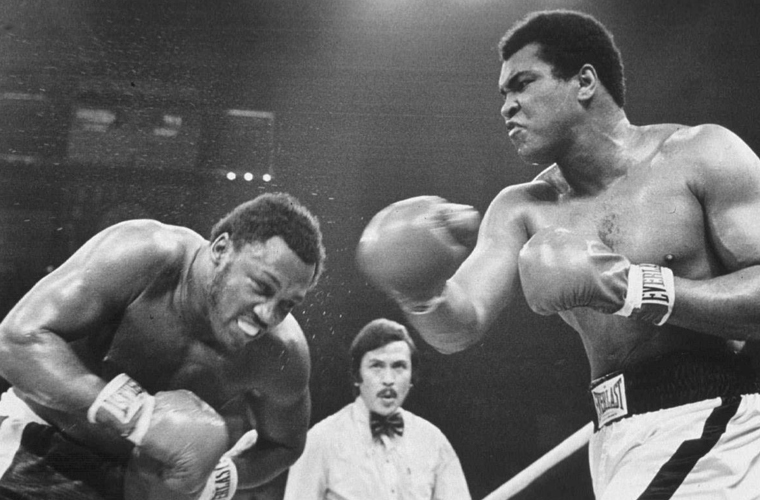 The Thrilla in Manila was the third and final boxing match between Muhammad Ali and Joe Frazier. It was contested in 1975 for the heavyweight championship of the world at the Philippine Coliseum in Cubao, Quezon City, Philippines, on Wednesday, October 1. The venue was renamed from Araneta Coliseum, specifically for the match. Ali won by technical knockout (TKO) after Frazier’s chief second, Eddie Futch, conceded the fight prior to the 15th round.  The contest’s name is derived from Ali’s rhyming boast that the fight would be “ a Killa and a Thrilla and a chilla when I get that gorilla in Manila.”

The bout is consistently ranked as one of the best in the sport’s history and was the culmination of a three-bout rivalry between the two fighters that Ali won, 2–1. The fight was watched by a record global television audience of 1 billion viewers, including 100 million viewers watching the fight pay-per-view on closed-circuit theatre television and 500,000 pay-per-view buys on HBO home cable television.