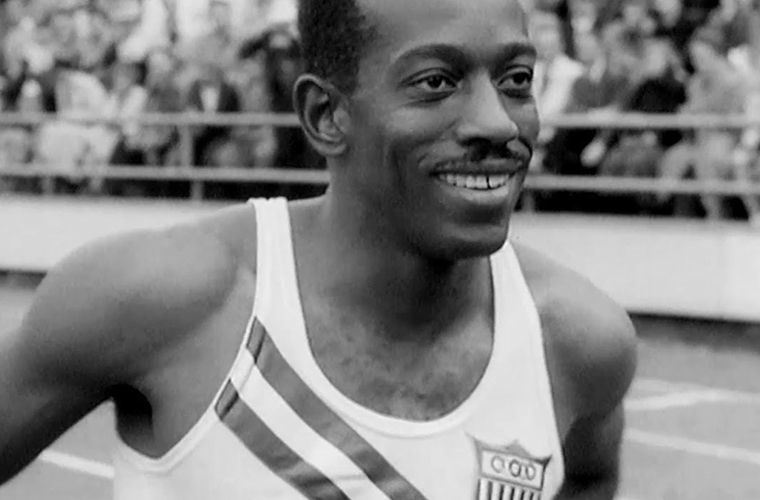 William Harrison Dillard was born on this date in 1923. He was an African American Olympic track and field athlete. When his hometown of Cleveland, Ohio, honored the great Jesse Owens with a parade upon his return from the 1936 Olympics, the 13-year-old Harrison Dillard was one of the spectators. He later met Owens, who presented him with his first pair of running shoes. Known as “Bones” because of his tall, lean frame, Dillard entered Baldwin-Wallace College in 1941, and two years later was drafted into the Army. He returned to college in 1946 and won the NCAA and AAU 120-yard and 220-yard hurdles in both 1946 and 1947. He tied world records in both events with a 22.3 in the 220 in 1946 and a 13.6 in the 120.

Dillard became the only athlete ever to win Olympic gold medals in a sprint and a hurdle event. Without any doubt, he was the best hurdler of his time, winning 82 consecutive races from May 31, 1947, through June 26, 1948. Because he hit several hurdles in the Olympic trials, he failed to qualify in his specialty, yet he made the Olympic team by finishing third in the 100-meter dash. In the Olympic final, Dillard and Barney Ewell finished in a virtual dead heat and the photo showed that Dillard was the winner. He tied the world record of 10.3 seconds. Dillard qualified in the 110-meter hurdles in 1952 and won his second individual gold in that event.

He was also on gold-medal 4 by 100-meter relay teams in both 1948 and 1952. Mainly because of how well he came out of the blocks, Harrison Dillard won the AAU indoors 60-yard hurdle event seven years in a row, 1947 through 1953, and again in 1955, his last year of competition. He was also the outdoor 110-meter high hurdle champion in 1952. Dillard was named Sullivan Trophy winner in 1953 as the nation’s outstanding amateur athlete.

He was for many years the only male until then to win Olympic titles in both sprinting and hurdling events.
He is now retired after a career in public relations.