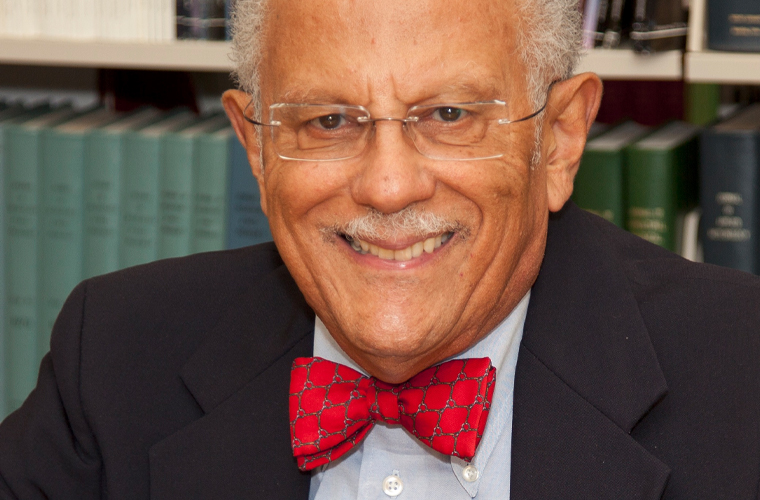 Warren M. Washington is a pioneering meteorologist and an expert in atmospheric science, climate research, and computer modeling of the earth’s climate.  Washington was born in Portland, Oregon on August 28, 1936, to Edwin Washington Sr., a waiter and Pullman porter, and Dorothy Grace Morton, a practical nurse. Advised by a high school counselor to attend business school, he instead chose to realize his dream as a scientist.

Washington enrolled at Oregon State University (OSU) where he earned a B.S. degree in physics in 1958. While working at a weather station near campus, he was intrigued by storm paths as they approached the Oregon coast. This fascination led him to pursue his master’s degree at OSU in meteorology in 1960. Four years later, he received a Ph.D. from Pennsylvania State University in meteorology, becoming the fourth African American to do so in the discipline.

Washington began his professional career as a research assistant at Penn State.  From 1968 to 1971, he served as an adjunct professor of meteorology and oceanography at the University of Michigan.  In 1972, he began long-term employment at the National Center for Atmospheric Research (NCAR) in Boulder, Colorado where in 1987 he became its Director of the Climate and Global Dynamics Division.  His most significant work has been in computer-assisted climate modeling that helps measure increasing greenhouse gas emissions in the Earth’s atmosphere.

With increased recognition for his expertise, Washington was appointed to serve on various national commissions concerning global climate change. He has been an adviser to the federal government during the terms of four U.S. Presidents including extended service on the National Science Board and the governing board of the National Science Foundation where he served a two-year term as chairman. From 1978 to 1984, Washington served on the President’s National Advisory Committee on Oceans and Atmosphere. He was elected President of the American Meteorological Society in 1994.

In addition to numerous studies published by the NCAR and other scientific agencies, Washington authored two books: An Introduction to Three-Dimensional Climate Modeling (2005) and his autobiography, Odyssey in Climate Modeling, Global Warming, and Advising Five Presidents (2006), co-authored with his wife, Mary C. Washington. Washington received many honors such as the 1997 Biological and Environmental Research Program Exceptional Service Award for Atmospheric Science from the U.S. Department of Energy and the 1999 National Weather Service Modernization Award. In 2010, President Barack Obama honored Washington with the National Medal of Science, and in 2013 he was elected as a Fellow of the American Geophysical Union.  He has also been recognized for his efforts to encourage minority youngsters to pursue careers in atmospheric science.

Washington lives in Boulder, Colorado with his wife Mary.  The couple have three children.