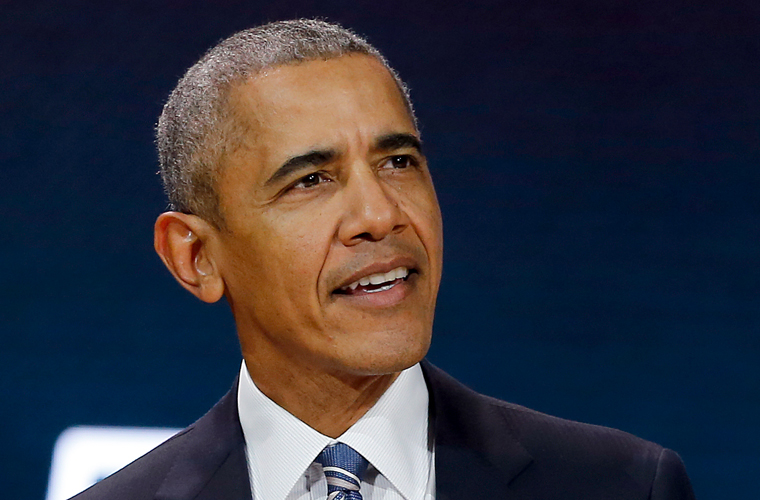 On November 4, 2008, Senator Barack Obama of Illinois was elected president of the United States over Senator John McCain of Arizona. Obama became the 44th president, and the first African American to be elected to that office. He was subsequently elected to a second term over former Massachusetts governor Mitt Romney.

Obama’s father, also named Barack Hussein Obama, grew up in a small village in Nyanza Province, Kenya, as a member of the Luo ethnicity. He won a scholarship to study economics at the University of Hawaii, where he met and married Ann Dunham, a white woman from Wichita, Kansas, whose father had worked on oil rigs during the Great Depression and fought with the U.S. Army in World War II before moving his family to Hawaii in 1959. Barack and Ann’s son, Barack Hussein Obama Jr., was born in Honolulu on August 4, 1961.

Did you know? Not only was Obama the first African-American president, he was also the first to be born outside the continental United States. Obama was born in Hawaii in 1961.

Obama’s parents later separated, and Barack Sr. went back to Kenya; he would see his son only once more before dying in a car accident in 1982. After remarrying an Indonesian man, Lolo Soetoro, Ann moved with her young son to Jakarta in the late 1960s, where she worked at the U.S. embassy. In 1970, Obama returned to Hawaii to live with his maternal grandparents. He attended the Punahou School, an elite private school where, as he wrote in his 1995 memoir, Dreams from My Father, he first began to understand the tensions inherent in his mixed racial background. After two years at Occidental College in Los Angeles, he transferred to Columbia University in New York City, from which he graduated in 1983 with a degree in political science.

After a two-year stint working in corporate research and at the New York Public Interest Research Group (NYPIRG) in New York City, Obama moved to Chicago, where he took a job as a community organizer with a church-based group, the Developing Communities Project. For the next several years, he worked with low-income residents in Chicago’s Roseland community and the Altgeld Gardens public housing development on the city’s largely black South Side. Obama would later call the experience “the best education I ever got, better than anything I got at Harvard Law School,” the prestigious institution he entered in 1988.

In 1996, Obama officially launched his own political career, winning election to the Illinois State Senate as a Democrat from the South Side neighborhood of Hyde Park. Despite tight Republican control during his years in the state senate, Obama was able to build support among both Democrats and Republicans in drafting legislation on ethics and health care reform. He helped create a state earned-income tax credit that benefited the working poor, promoted subsidies for early childhood education programs and worked with law enforcement officials to require the videotaping of interrogations and confessions in all capital cases.

Re-elected in 1998 and again in 2002, Obama also ran unsuccessfully in the 2000 Democratic primary for the U. S. House of Representatives seat held by the popular four-term incumbent Bobby Rush. As a state senator, Obama notably went on record as an early opponent of President George W. Bush’s push to war with Iraq. During a rally at Chicago’s Federal Plaza in October 2002, he spoke against a resolution authorizing the use of force against Iraq: “I am not opposed to all wars. I’m opposed to dumb wars…I know that even a successful war against Iraq will require a U. S. occupation of undetermined length, at undetermined cost, with undetermined consequences.”

When Republican Peter Fitzgerald announced that he would vacate his U.S. Senate seat in 2004 after only one term, Obama decided to run. He won 52 percent of the vote in the Democratic primary, defeating both multimillionaire businessman Blair Hull and Illinois Comptroller Daniel Hynes. After his original Republican opponent in the general election, Jack Ryan, withdrew from the race, the former presidential candidate Alan Keyes stepped in. That July, Obama gave the keynote speech at the 2004 Democratic National Convention in Boston, shooting to national prominence with his eloquent call for unity among “red” (Republican) and “blue” (Democratic) states.

In November 2004, Illinois delivered 70 percent of its votes to Obama (versus Keyes’ 27 percent), sending him to Washington as only the third African American elected to the U.S. Senate since Reconstruction. During his tenure, Obama notably focused on issues of nuclear non-proliferation and the health threat posed by avian flu. With Republican Senator Tom Coburn of Oklahoma, he created a Web site that tracks all federal spending, aimed at rebuilding citizens’ trust in government. He partnered with another Republican, Senator Richard Lugar of Indiana, on a bill that expanded efforts to destroy weapons of mass destruction in Eastern Europe and Russia. In August 2006, Obama traveled to Kenya, where thousands of people lined the streets to welcome him. He published his second book, The Audacity of Hope, in October 2006.

On February 10, 2007, Obama formally announced his candidacy for president of the United States. A victory in the Iowa primary made him a viable challenger to the early frontrunner, the former first lady and current New York Senator Hillary Clinton, whom he outlasted in a grueling primary campaign to claim the Democratic nomination in early June 2008. Obama chose as his running mate Joseph R. Biden Jr. Biden had been a U.S. senator from Delaware since 1972, was a one-time Democratic candidate for president and served as chairman of the Senate Foreign Relations Committee. Obama’s opponent was long-time Arizona Senator John S. McCain, a Vietnam veteran and former prisoner-of-war, who chose Alaska Governor Sarah Palin as his running mate. If elected, Palin would have been the nation’s first-ever female vice-president.

As in the primaries, Obama’s campaign worked to build support at the grassroots level and used what supporters saw as the candidate’s natural charisma, unusual life story and inspiring message of hope and change to draw impressive crowds to Obama’s public appearances, both in the U.S. and on a campaign trip abroad. They worked to bring new voters–many of them young or black, both demographics they believed favored Obama–to become involved in the election.

A crushing financial crisis in the months leading up to the election shifted the nation’s focus to economic issues, and both Obama and McCain worked to show they had the best plan for economic improvement. With several weeks remaining, most polls showed Obama as the frontrunner. Sadly, Obama’s maternal grandmother, Madelyn Dunham, died after a battle with cancer on November 3, the day before voters went to the polls. She had been a tremendously influential force in her grandson’s life and had diligently followed his historic run for office from her home in Honolulu.

On November 4, lines at polling stations around the nation heralded a historic turnout and resulted in a Democratic victory, with Obama capturing some Republican strongholds (Virginia, Indiana) and key battleground states (Florida, Ohio) that had been won by Republicans in recent elections. Taking the stage in Chicago’s Grant Park with Michelle and their two young daughters, Malia and Sasha, Obama acknowledged the historic nature of his win while reflecting on the serious challenges that lay ahead. “The road ahead will be long, our climb will be steep. We may not get there in one year or even one term, but America, I have never been more hopeful than I am tonight that we will get there. I promise you, we as a people will get there.”