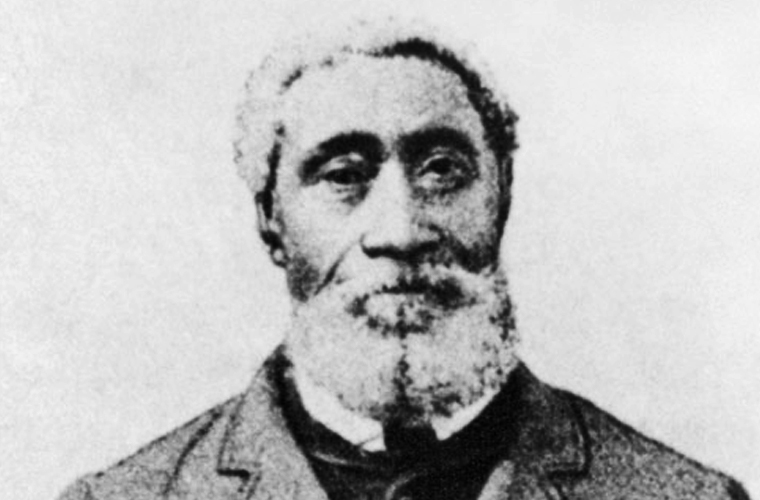 William Hall grew up on the banks of the Avon River. His father, one of the black refugees brought to Nova Scotia during the War of 1812, became a sailor and worked at the shipbuilding yards at Half-Way River (Hantsport). In 1844 young William joined the crew of a vessel sailing out of Half-Way River, and during the late 1840s, he apparently served in the American navy. Hall enlisted in the Royal Navy as an able seaman in February 1852, and he was in the battleship Rodney for four years. During the Crimean War, he took part in the siege of Sevastopol (Ukraine) as the captain of a gun in the siege batteries, and he was present at the battle of Inkerman. In 1856 he was assigned to the frigate Shannon.

When the Indian Mutiny broke out in May 1857, the Shannon was sent to Calcutta. Naval reinforcements were urgently required to assist the British army, and Hall was one of the seamen and marines from the Shannon who were formed into a naval brigade and sent as part of the force marching to the relief of Lucknow, then besieged by mutineers. On 16 Nov. 1857 the expedition arrived before the town. Two 24-pounder guns crewed by Shannon’s men were set the task of breaching the walls of a mosque which was a strong point of the defense. Within a short time, the six men of one gun crew had become casualties, and of the second only Hall and Lieutenant Thomas James Young were standing. The two worked the gun in a storm of bullets, firing until a breach had been made and British troops had passed over the walls. Their gallantry contributed materially to the lifting of the siege, and they were successfully nominated for the Victoria Cross. Hall was presented with the award on 28 Oct. 1859, the first black, the first Nova Scotian, and the first Canadian sailor to receive the decoration. By that time he had become captain of the foretop.

Hall retired on 10 June 1876 with the rank of quartermaster and a certificate of good conduct, and he settled on the family farm near Hantsport. When interviewed in 1900 the aging man thought little of his glories or the Victoria Cross. As he said, “It isn’t worth very much . . . after all, only ten pounds a year. If it wasn’t for my regular navy pension of forty pounds a year besides, I don’t know how we’d get along here. The farm is small, and my two sisters live with me.” In October 1901 he emerged briefly from obscurity when he was presented to the Duke and Duchess of Cornwall during their visit to Halifax. Upon his death Hall was buried without honors at Lockhartville. In 1945 his remains were reinterred in the grounds of the Hantsport Baptist church, and in 1947 a commemorative cairn was erected by the Canadian Legion on land it had purchased. The cairn is one of a number of memorials, several of them created by the black community of Nova Scotia, which perpetuates the name of William Hall, VC.