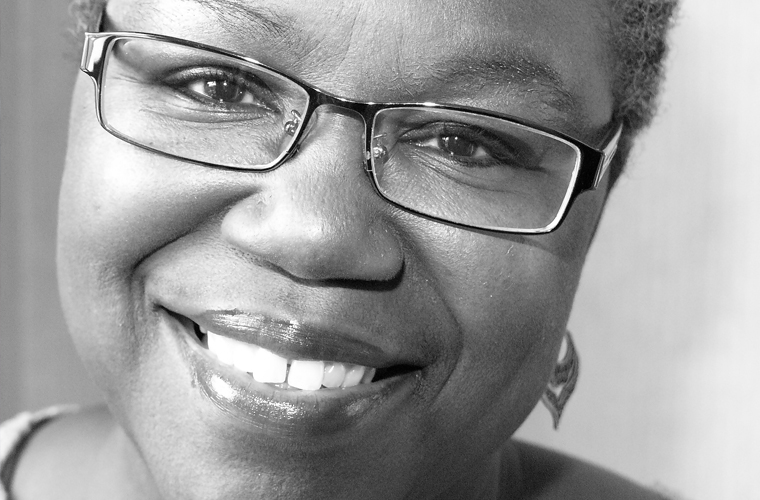 A. J. Verdelle burst upon the literary scene in 1995 with The Good Negress, a coming-of-age story that became one of the most acclaimed novels of the 1990s. Until then, Verdelle had pursued a career as a statistics consultant that seemingly gave few hints of what was to come. In fact, Verdelle drew heavily upon her own life experiences in the book. Written mostly in southern African American dialect, The Good Negress brought to life the linguistic divide in the African American community between speakers of different forms of the English language and contained powerful reflections on the conflicts that education might set in motion in the life of a brilliant, but uneducated young African American woman.

Verdelle was born in Washington, D.C., in 1960 to A. Y. Jones and Patricia Howell Jones. Verdelle was the middle name of her maternal grandmother. Her family had lived in Washington, D.C. for three generations, but as a child, Verdelle often visited relatives in Detroit, the setting for The Good Negress. When a male cousin in Detroit was jailed, Verdelle told a Chicago Tribune interviewer, she “nearly had a nervous breakdown.” When she asked her mother what they could do, her mother replied that “this ’do anything,’ that’s for white people who have money. I’m paying for your school and I need you to calm down and study.” Verdelle personally experienced racism early on in grade school. When her white schoolmates were assigned to wash blackboards, she was sent to clean toilets—an episode that found its way in revised form into The Good Negress.

Verdelle attended a private Catholic girls’ high school in Washington, D.C, and her parents instilled in her a sense of the value of education and a belief in her own capabilities. “I was raised to be a superwoman,” she told the Tribune. “My mother raised me to believe I could do everything.” However, it was an education of a practical kind that her parents sought. As Verdelle told the Tribune interviewer, “I felt shut up. I felt shut up a lot. When I was nine I said I wanted to be a writer. My mother told me I had to grow up and figure out how to put food on the table. I did exactly what my mother said.”

After finishing high school, Verdelle enrolled at the University of Chicago, perhaps the most purely bookish and intellectual of the nation’s elite colleges and universities. Though she had been labeled rambunctious by her high school administration and had never really fit in—“That school was not ready for a smart African-American girl, especially not such a dark one,” she told the Tribune —Verdelle had come to a sense of her own intellectual abilities. At the University of Chicago, however, she found herself struggling academically. Disoriented and lost, she refused to quit, although it took her until her senior year to earn her first A grade.

Verdelle graduated with a bachelor’s degree in 1982 and went on for a master’s degree at the University of Chicago. After earning her master’s degree in 1986, she took her mother’s practical admonitions to heart and embarked upon a career quite distant from her own creative aspirations. Verdelle had studied statistics.