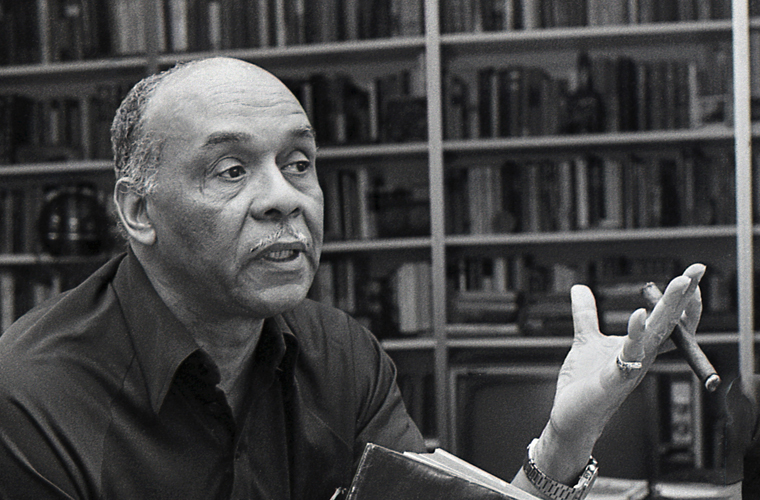 Ellison left Tuskegee Normal and Industrial Institute (now Tuskegee University) in 1936 after three years of music and moved to New York City. There he befriended Richard Wright, who encouraged Ellison to try his hand at writing. In 1937 Ellison began contributing short stories, reviews, and essays to various periodicals. He worked on the Federal Writers’ Project from 1938 to 1942, which he followed with a stint as the managing editor of The Negro Quarterly for just under a year.

Following service in World War II, he produced Invisible Man, which won the 1953 National Book Award for fiction. The story is a bildungsroman that tells of a naive and idealistic (and, significantly, nameless) Southern black youth who goes to Harlem, joins the fight against white oppression, and ends up ignored by his fellow blacks as well as by whites. The novel won praise for its stylistic innovations in infusing classic literary motifs with modern black speech and culture while providing a thoroughly unique take on the construction of contemporary African American identity.

However, Ellison’s treatment of his novel as first and foremost a work of art—as opposed to a primarily polemical work—led to some complaints from his fellow black novelists at the time that he was not sufficiently devoted to social change.

After Invisible Man appeared, Ellison published only two collections of essays: Shadow and Act (1964) and Going to the Territory (1986). He lectured widely on black culture, folklore, and creative writing and taught at various American colleges and universities. Flying Home and Other Stories were published posthumously in 1996. He left a second novel unfinished at his death; it was published, in a much-shortened form, as Juneteenth in 1999.