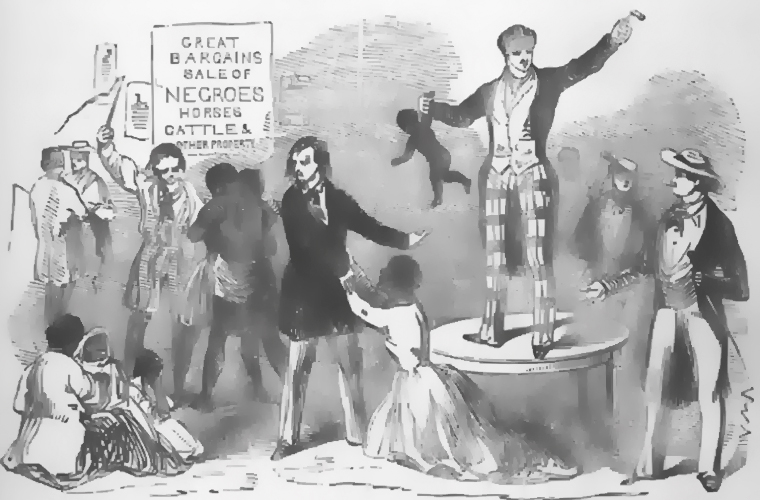 What escapes many people is that the whimsical killing of enslaved Blacks in the U.S. during slavery, and even after by white folks without punitive consequence is based on laws passed by white politicians, who happened to be plantation owners as well.

One such devious law is the Casual Killing Act of 1669 which declared it legal to kill a slave while correcting because malice could not be presumed. The “casual killing of slaves” says that if a slave dies while resisting his master, the act will not be presumed to have occurred with “prepensed malice.”

The men of the General Assembly of Virginia completely removed the penalty for those who by chance murdered a slave in the process of punishment as the Black laborer was deemed to be ‘property.’

Other slave laws passed in Virginia showed the disregard for human life and how different chattel slavery in the U.S was to other forms of slavery practiced in continental Africa.

By 1672 it became legal to wound or kill an enslaved person who resists arrest. Legislators also deem that the owner of any slave killed as he resisted arrest will receive financial compensation for the loss of an enslaved laborer. Legislators also offer a reward to Indians who capture escaped slaves and return them to the justice of the peace. 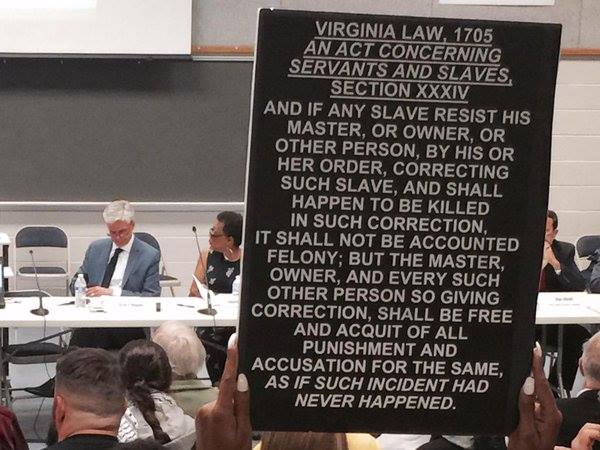 There were Slave Laws that further restricted the freedom of Blacks and legalized different treatment for Blacks and Whites.

1667 – Virginia lawmakers say baptism does not bring freedom to Blacks. The statute is passed because some slaves used their status as Christian in the 1640s and 1650s to argue for their freedom or for freedom for a child. Legislators also encouraged slave owners to Christianize their enslaved men, women, and children.

1668 – Free black women, like enslaved females over the age of 16, are deemed tithable. The Virginia General Assembly said freedom does not exempt black women from taxation.

1691 – Any white person married to a black or mulatto is banished and a systematic plan is established to capture “outlying slaves.”

If an outlying slave is killed while resisting capture, the owner receives financial compensation for the laborer.

Partners in an interracial marriage cannot stay in the colony for more than three months after they marry.

A fine of 15 pounds sterling is levied on an English woman who gives birth to a mulatto child. The fine is to be paid within a month of the child’s birth. If a woman cannot pay the fine, she is to serve five years as an indentured servant. If the mother is an indentured servant, she faces an additional five years of servitude after the completion of her indenture.

A mulatto child born to a white indentured servant will serve a 30-year indenture.

A master must transport an emancipated slave out of Virginia within six months of receiving his or her freedom.

1692 – Slaves are denied the right to a jury trial for capital offenses. A minimum of four justices of the peace hear evidence and determine the fate of the accused. Legislators also decide that enslaved individuals are not permitted to own horses, cattle, and hogs after December 31 of that year.

1705 – Blacks — free and enslaved — are denied the right to testify as witnesses in court cases.

1705 – All black, mulatto, and Indian slaves are considered real property.

1705 – Enslaved men are not allowed to serve in the militia.

1705 – In an act concerning Servants and Slaves, Virginia’s lawmakers: increased the indenture of a mulatto child born to a white woman to 31 years.

Determine that if a white man or white woman marries a black partner, the white individual will be sent to jail for six months and fined 10 pounds current money of Virginia.

Determine that any minister who marries an interracial couple will be charged a fine of 10,000 pounds of tobacco.

Determine that any escaped slave who is unwilling or unable to name his or her owner will be sent to the public jail.