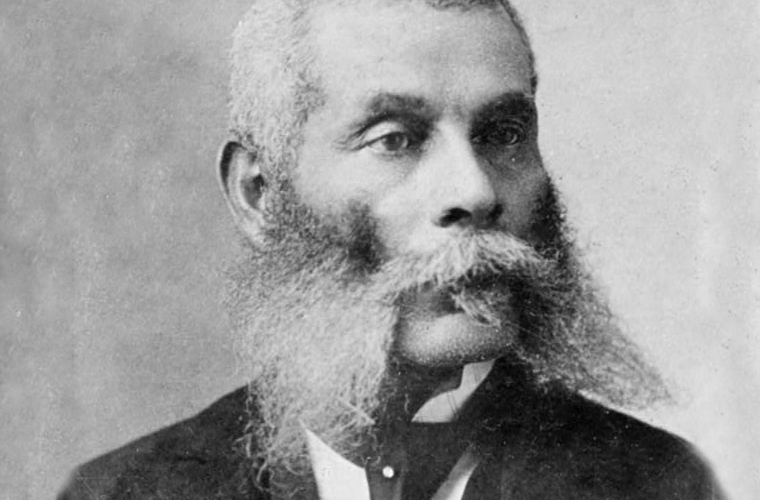 First Sergeant Alexander Kelly of Pennsylvania was one of several Camp William Penn warriors of the 6th U.S. Colored Troops to earn the Medal of Honor for bravery and courage at the Battle of Chaffin’s Farm at New Market Heights, Virginia on September 29, 1864. The Medal of Honor is the highest military decoration awarded by the United States government.

Kelly was born on April 5, 1840 in Saltsburg, Conemaugh Township of Indiana County, Pennsylvania. Despite scarce records regarding Kelly’s parentage, service and census data indicate that he was “mulatto” and with “light skin,” perhaps indicating mixed ancestry.

Kelly and his siblings were orphaned by 1850, when he was about 10 years old, and lived with an uncle, David Kelly, a “salt boiler,” and his probable wife Nancy, described as “Keeping House.” Kelly had several siblings living with him, including Joseph, age 16. The family was part of a small black community, some working as coal miners and “salt boilers” in Saltsburg, where the Conemaugh River carried salt deposits.

When Kelly became a “substitute volunteer” for his drafted brother Joseph in August 1863, he too had been working as a coal miner. At age 23, Kelly – standing just over 5 feet – joined the 6th USCT of Camp William Penn, located in Chelton Hills, northwest of Philadelphia. The facility was the first and largest federal camp to train almost 11,000 black soldiers during the Civil War.

The 6th was the second regiment (following the 3rd USCT) to be organized under President Lincoln’s Bureau of U.S. Colored Troops. The regiment was commanded by Colonel John W. Ames and paraded in Philadelphia before leaving for battle in October 1863. Most of Kelly’s compatriots hailed from Pennsylvania.

After serving at Fortress Monroe and Yorktown in Virginia, on June 15 the regiment helped to capture a rebel earth-works outside of Petersburg. By August, they moved to fortification duty at Dutch Gap on the James River, enduring rebel mortars and polluted river water. Many became sick or died. By September 1864, Kelly, of company F, was promoted to first sergeant.

The morning of September 29, 1864 was cool and misty as the 6th converged with other Union regiments at Chaffin’s Farm. The 6th charged a line of hardened Texas rebels commanded by Colonel Frederick M. Bass. About 350 soldiers, with Kelly, met very intense firing. Many dropped, including most of the color guard. Injured Lieutenant Frederick Meyer of Company B seized the colors.

“I took it from him and pushed forward to bring up the colors to their proper place,” Captain Edgerton recalled, who was also shot. “I sheathed my sword, took the flag with its broken staff and reached the abatis.”

That’s when Kelly under heavy fire grabbed the flag and carried it to safety. Sgt. Maj. Thomas Hawkins of Company C also courageously saved a flag. Fourteen of the 16 blacks who earned the Medal of Honor during the war were cited for bravery at Chaffin’s Farm.

Kelly’s Medal of Honor citation, noting he “gallantly seized the colors” and “rallied the men at a time of confusion and a place of great danger,” was presented on April 6, 1865 before he was mustered out at Wilmington, NC, on Sept. 20, 1865. He received a monthly pension of $8 that eventually rose to $12, records indicate. Kelly has been described as having “permanent marks” that “included a hole in his cheek, a lump between his eyes on his forehead and a scar on his back.”

The next year Kelly married, and with his wife, Victoria, birthed a child, William, and adopted homeless children. Living in Coutlersville, Pa., Kelly and his son were later employed as coal miners. By 1892, Kelly and Victoria moved to Pittsburgh’s East End before she died in 1898. After 1900, Kelly worked as a stable watchman. His son taught music. Kelly also joined the Colonel Robert G. Shaw GAR, Post 206 before dying on June 19, 1907.

Kelly was buried inconspicuously at St. Peter’s Cemetery on Lemington Ave. in Pittsburgh next to his wife Victoria. Today, however, a Medal of Honor grave memorial notes his remarkable military service.