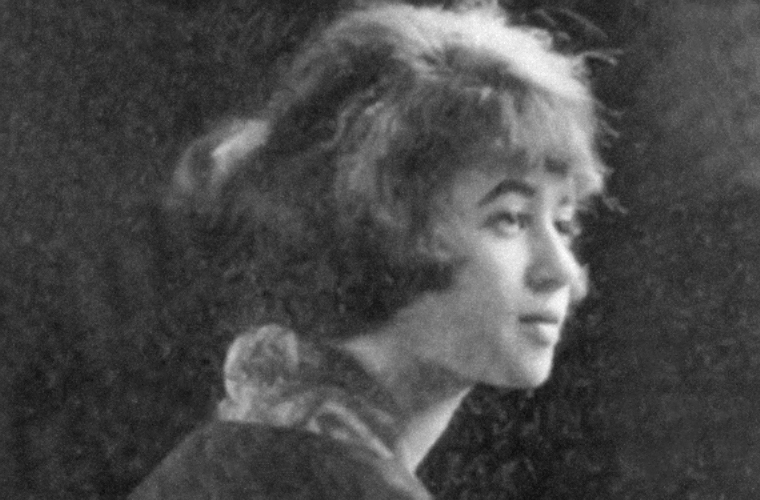 Anna Roselle Johnson was born in 1901 in Baltimore, Maryland, the fifth of seven daughters of a chiropodist and a homemaker who valued education. As a teenager, her parents sent her to Philadelphia to live with an aunt so that she could attend the integrated West Philadelphia High School for Girls. The September after her 1919 high school graduation, she matriculated in the University of Pennsylvania’s School of Education.

Johnson earned the degree of Bachelor of Science in Education in June 1923. A year later, in the fall of 1924, she enrolled in Penn’s Graduate School of Arts and Sciences on a University Scholarship in sociology. After earning the degree of Master of Arts in Sociology in June 1925, she was a caseworker for the Family Service Association of Washington, D.C., from 1925 to 1928 and a teacher in Bordentown, New Jersey, in 1928 and 1929.

Johnson returned to Penn’s Graduate School in the summer session of 1931 and enrolled as a full-time student in the academic year 1931-1932. She was awarded a Bloomfield Moore Fellowship in Sociology in 1934 and passed the preliminary examination for the Ph.D. in May 1935. She became the first African American woman at Penn elected to Phi Beta Kappa and in 1937, she became the first African American woman to earn Penn’s Ph.D. in Sociology. The title of her dissertation was “Standards of Relief: An Analysis of One Hundred Family Case Records.” The chair of her dissertation committee was Professor W. Rex Crawford. He described her doctoral study in the following terms: “This study of the case records of one hundred allowance families under the care of the Family Service Association of Washington, D.C., during the period 1 January 1923 through 31 May 1931 was undertaken to determine the trends in relief and in casework treatment as administered by the city’s largest private relief-giving agency.”

For an entire decade (1929-1939) Anna (Johnson) Julian held the position of research assistant in the Department of Research of the Public Schools of Washington, D.C. In 1937 she was also an instructor in educational sociology at Miner College in that city. On Christmas Eve of 1935 (during her decade in Washington and before completing her Ph.D.) Anna Johnson married Percy Lavon Julian, a prominent African American research chemist and a professor of chemistry at Howard University. The Julians moved to Maywood, Illinois, in 1939 and to Oak Park, Illinois, in 1950. Anna and Percy Julian raised three children, their daughter Faith Julian, their son Percy Julian, Jr., and their nephew Leon R. Ellis.

It was in Oak Park, an all-white suburb of Chicago, that the firebombing of the Julian home on Thanksgiving Eve, 1950, gained national attention. The Julians hired bodyguards, but because of their dedication to the right of people of all races to live where they choose, the family remained in Oak Park despite three incidents of fire bombings. Their experience led Anna to join with neighbors in her community to form the National Conference of Christians and Jews; her husband responded to the fire bombings by raising a million dollars to finance civil rights legislation.

During the 1950s Anna Julian served as vice president, treasurer, and bookkeeper of her husband’s Julian Laboratories, but she always remained involved in civic and educational activities. During the 1960s Anna Julian served first as treasurer and then as vice president of The Links, Inc., a national organization of women devoted to civic, cultural, and educational purposes. At the time of her death in 1994, Anna Johnson Julian was still living with her daughter in the same Oak Park house her family had lived in since 1950.