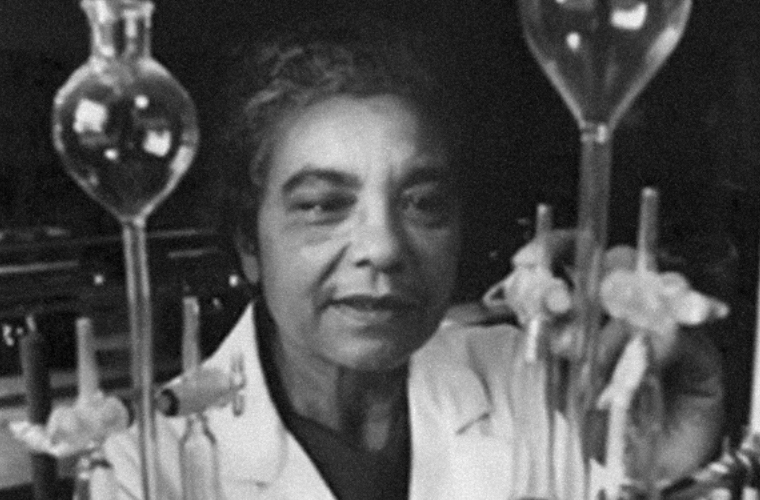 Mary Elliott Hill (1907–1969) was one of the earliest African-American women to become a chemist. Hill worked on the properties of ultraviolet light, developing analytic methodology, and, in collaboration with her husband Carl McClellan Hill, developing ketene synthesis which supported the development of plastics. She is believed to be the first African-American woman to be awarded a master’s degree in chemistry.

Hill was born in the segregated small town of South Mills, North Carolina, on 5 January 1907, and had two brothers. Her mother was Frances Bass, and her father, Robert Elliott, was a fireman.

After gaining her degree, Hill began teaching in 1930 at VSU’s Laboratory High School. In 1932 she taught chemistry part-time at the Hampton Institute, becoming a full-time faculty member in 1937. From 1938 to 1942, she taught at VSU. Hill also undertook graduate study at the University of Pennsylvania in the summers, awarded the first master’s degree in chemistry to an African-American woman in 1941. For the next year, she taught at Bennett College, and was appointed an assistant professor of chemistry at Tennessee A & I State University. The following year, she moved to Kentucky State University (KSU), where her husband, Carl McClellan Hill, was head of the chemistry department. She was appointed associate professor and acting head of the chemistry department from 1951 to 1952.

At KSU, Hill studied ultraviolet spectrophotometry, as well as working in Carl Hill’s team. Carl Hill received funding for research on ketene synthesis, including from the National Science Foundation (NSF) and the U.S. Air Force. Mary Hill worked on monomeric ketenes, which could undergo polymerization, which is a step in the creation of plastics. The team used Grignard reagents to study chemical reactions in ketenes, with Mary Hill developing analytical methods for the work. Hill was a co-author on more than 40 papers.

Hill was married to Carl McClellan Hill, but the exact date of their marriage is unknown. One source says that they were married two years after she was introduced to him by a classmate at age 16 while another indicates that they married during her sophomore year at Virginia State College, suggesting that their marriage occurred somewhere between 1925 and 1927. In a 1963 newspaper interview, hobbies mentioned were reading, studying German and Russian, and enjoying flower arranging and watching football. She was a member of Beta Kappa Chi.

The Hills had just returned from a trip to England when she died from “a heart condition” she had had “for some time”, in King’s Daughters Hospital in Frankfort, Kentucky on 12 February 1969.