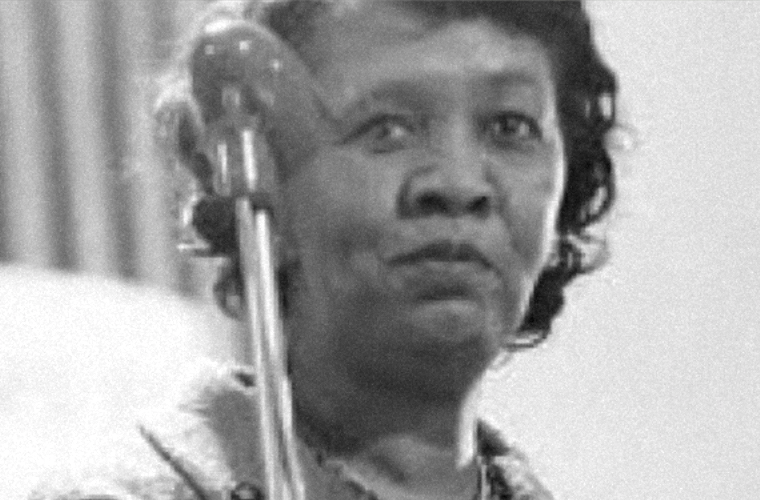 “Upfront, pleasant, and…absolutely fearless” was how John Lewis described Selma-native Annie Lee Cooper. By the fall of 1963, the voting drive in Selma had “mushroomed into the testing ground for SNCC’s ‘One man – One vote’ campaign,” and Ms. Cooper was on the front lines of that fight, opening both her heart and home to SNCC and, later, SCLC.

She was born in 1910 when the cotton bales that made Selma “the queen city of the Black Belt” still shipped south by steamboat on the Alabama River. While white Selma flourished on cotton’s bounty, Black sharecroppers and tenant farmers labored on plantations in conditions barely distinguishable from slavery. In 1901, Alabama’s newly passed constitution purged Black voters from the rolls using poll tax and literacy requirements, and Annie Lee Cooper grew up never giving a thought to the idea that Black people could vote. It was only when she moved to Kentucky as a fourteen-year-old to live with her ill sister that she saw Black people going to the polls. She wanted to vote herself, but she was too young to do so. 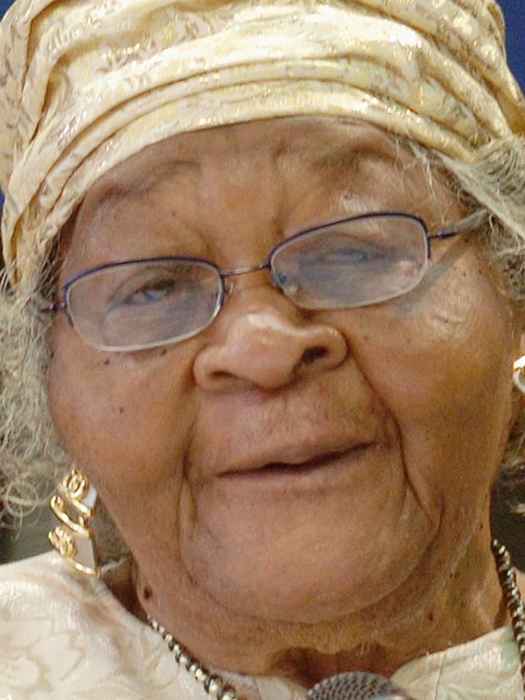 Cooper returned to Selma to take care of her sick mother in April 1962 and found a job working at the Dunn Rest Home. Around the same time, SNCC’s Bernard Lafayette and his new wife Colia Liddell, arrived in town to organize for voting rights. Cooper had registered to vote when she lived in Kentucky and Ohio, and she told her friends and neighbors that she intended to vote in Selma as well. But when she tried to register, the registrar told her she failed the test. She tried often. “Once I stood in line from 7 a.m. to 4 p.m., but never got to register.” Ms. Cooper had already begun working with the Dallas County Voters League, organized years earlier by Amelia Boynton and her husband, and she joined the fledgling SNCC effort as well.
Black citizens line up at the Dallas County courthouse, attempting to register on

On October 7, 1963, SNCC organized the first Freedom Day, urging Black residents to come to the Dallas County courthouse in mass and attempt to register to vote. Annie Lee Cooper was among the four hundred people who waited in line under the scorching sun that day. The large crowd of participants stood in line for hours. Mr. Dunn, owner, and manager of Dunn’s Rest Home saw Annie Lee Cooper and another employee, Elnora Collins, waiting outside. Within days, Dunn told Cooper and Collins they were fired. He attempted to take Collins’ picture to prevent her from getting further employment, but she refused to pose. Dunn then struck her with a cattle prod. All forty of the other Black employees walked off in protest. White Selma blacklisted these women, and they found it impossible to find jobs. Annie Lee Cooper finally found employment at the Black-owned Torch Motel.

In early 1965, Dr. Martin Luther King Jr. and SCLC arrived in Selma to stage a nationally-geared campaign for voting rights and began demonstrations. On January 25, 1965, she had been standing in line for hours at the county courthouse waiting to make another attempt at registering to vote. The police arrived to break up the activists, including the notorious local sheriff Jim Clark. As she stood waiting, Cooper uttered, “Nobody’s afraid of them.” Clark poked Cooper in the neck with his billy club, and she spun around giving him a hard right hook knocking Clark to the ground. The sheriff’s deputies attacked her, arrested her, and charged her with criminal provocation.

“I try to be nonviolent,” Ms. Cooper told a Jet magazine reporter a few weeks after the incident, “but I just can’t say I wouldn’t do the same thing all over again if they treat me brutish like they did this time.”