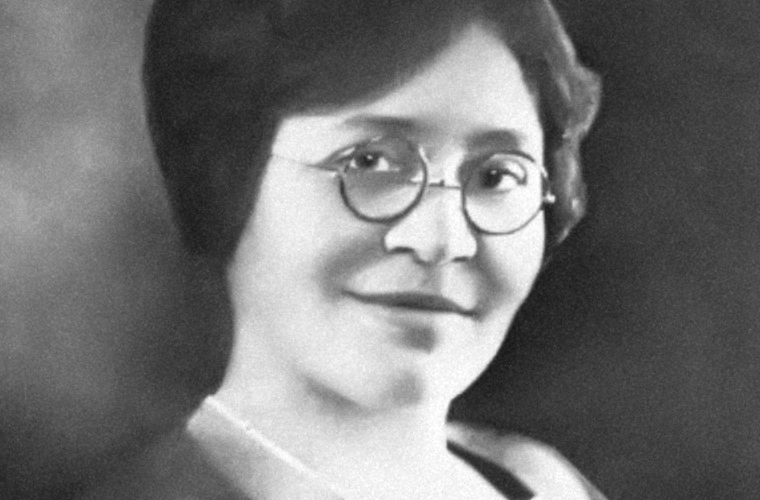 Entrepreneur and philanthropist Annie Turnbo Malone was born to Robert Turnbo and Isabella Cook in Metropolis, Illinois on August 9, 1869.  Her parents were former slaves and her father joined the Union Army during the Civil War.

Turnbo attended school in Peoria, Illinois, but she never finished high school.  Instead, she practiced hairdressing with her sister.  When she and her family moved to Lovejoy, Illinois, Annie decided she wanted to become a “beauty doctor.”  At the age of 20, she had already developed her own shampoo and scalp treatment to grow and straighten hair.  Taking her creation to the streets, she went around in a buggy making speeches to demonstrate and promote the new shampoo.

By 1902, Annie Turnbo’s home shampoo venture thrived and she moved to St. Louis, Missouri, home of the nation’s fourth-largest African American population, to expand her business.  She was largely successful and she trademarked her beauty products under the name “Poro.”  One of her protégés was Sarah Breedlove who later became Madam C.J. Walker.  Turnbo married in 1903, but soon after her marriage, her husband sought to control her business venture and she divorced him.  She married again on April 28, 1914, this time to school principal Aaron Eugene Malone.  The marriage lasted 13 years but ended in divorce as well.

In her lifetime, Malone became one of the nation’s wealthiest black women.  She became a leading cosmetic entrepreneur but she was also a leader in the St. Louis black community.  In 1918, Poro’s success allowed Malone to build a four-story, million dollar factory and beauty school complex in the historic black neighborhood of “The Ville,” in St. Louis.  It employed over 175 people and enabled young black women to pursue their high school and college educations by providing them with jobs and lodging.

Malone was also an active philanthropist.  She contributed thousands of dollars to educational programs, universities, to the YMCA, and to nearly every black orphanage in the country.  She also served as board president of the St. Louis Colored Orphans Home from 1919 to 1943.

In 1930, Malone relocated her business to Chicago; thereafter, the St. Louis Poro College and Malone’s fortune declined. At the time of her death in Chicago on May 10, 1957, Poro beauty colleges still operated in over 30 cities across the nation.