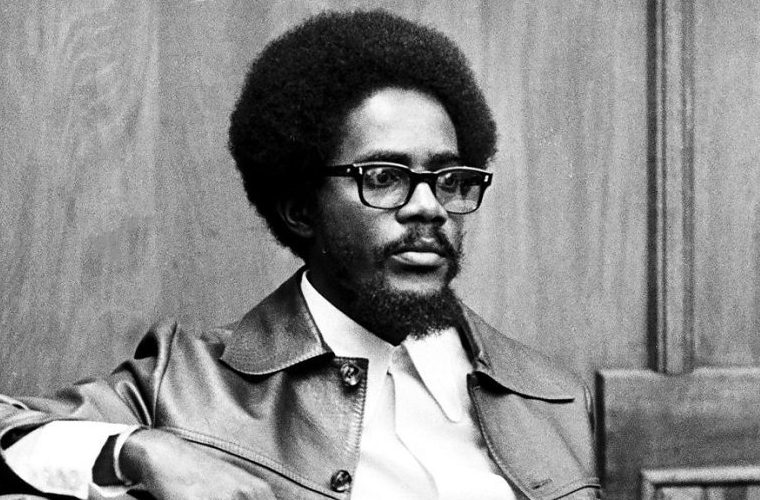 An intellectual and scholar regarded as one of the Caribbean’s most brilliant minds, Walter Anthony Rodney, born to Edward and Pauline Rodney in Georgetown, Guyana on March 23, 1942, left a mark with his fight against racism and capitalism.

He was also against the oppression of the poor.

Rodney didn’t have to go far to see how the system in his home region exploited people, being a product of the Guyanese laboring classes. His mother, Pauline Rodney, was a seamstress and carried out full-time unpaid domestic work in the Rodney household.

His father – an active member of the Marxist, People’s Progressive Party (PPP) – was a tailor, but as an independent operator was forced by economic necessity, on occasions, to engage in wage labor with a big capitalist tailoring firm.

He held that Africa and the Caribbean are still entrapped in unfavorable economic and political relations with Western capitalism and imperialism, which facilitate its continued underdevelopment demanding that the victims get rid of capitalism and embrace socialism.

It’s curious that Rodney persecuted in Guyana and Jamaica found refuge in Tanzania, leaving the country in 1974 with hopes of returning but never materialized.

He had taken to heart Julius Nyerere regime’s Arusha Declaration and had become Senior Lecturer at the University of Dar es Salaam in 1969. He worked to advance revolutionary developments in Tanzania.

He noted: “That was the situation in Tanzania. Briefly, it meant that we were able to teach and develop scientific socialist ideas, bearing in mind when I say “we,” I mean comrades like myself, people of like mind, because we were part of a community and that was very important. It’s extremely difficult to develop any ideas in isolation and the kind of work coming out of Dar es Salaam had a certain collective quality about it. There were perhaps only a few individuals, but nevertheless, it was a community that was operating. We had a degree of freedom which was greater than that which is accorded academics in most parts of the Third World. That allowed us to pursue scientific socialist ideas within a political framework that was not necessarily supportive of those ideas, but was not repressive in any overt sense.”

There were, however, challenges with language and custom as he observed.

‘‘… It’s virtually a lifetime task to master that language and then to master the higher-level perception which normally goes into a culture.’’

Having made contact with the Rastafari, unemployed and urban youth in Jamaica enlightening them as well as other marginalized in the society on the need to demand better from the government, the fear of the downtrodden collaborating and becoming a formidable force so riled the reactionary regime of Prime Minister Hugh Shearer of the Jamaica Labour Party that he made his move against Rodney on his return from the Congress of Black Writers in Montreal on October 15, 1968, by declaring him persona non grata and preventing him from leaving the plane. On 16 October 1968, the Student Guild organized a protest march against Rodney’s expulsion from Jamaica. In what became known as the Rodney Rebellion (aka the Rodney Riots or Rodney Affair), unemployed youth, workers and the working poor joined the students in a spontaneous protest.

They expressed their displeasure with the failure of supposedly independent Jamaica to deliver material benefits to them. It marked the first time since the labor rebellions of 1938 that the African-Jamaican masses bonded to demand what was due them.

In his home country of Guyana, he was a victim of political victimization when Rodney on his return to Guyana from Tanzania in August 1974 to take up post as Professor of History at the University of Guyana was denied by the Burnham regime through the university’s Board of Governors which rejected the academic appointment committee’s decision to hire him.

In response, Rodney noted: “It is now well-known that my appointment was approved through the regular academic channels and it was disallowed for supposedly political reasons.”

Strangling him economically wasn’t enough for the reactionary forces as Rodney did not have a stable or reliable source of income from the time of his return in August 1974 till his assassination on June 13, 1980.

Rodney was killed in Georgetown, at the age of thirty-eight, by a bomb in his car, a month after returning from celebrations during the independence in Zimbabwe in a time of intense political activism. He was survived by his wife, Patricia, and three children.

The neocolonial regime in Jamaica and Guyana may have snuffed the life out of the African-Guyanese, but his light shines on in the hearts and minds of freedom fighters and those for the Pan-African cause.

Rodney even as a preteen was a firm supporter of Black Power in the Caribbean. He attended Queen’s College where he developed an interest in the study of history. Rodney further went to the University of the West Indies (UWI), Mona campus, on an open scholarship in 1960 and graduated with a first-class honors degree in history in 1963.

By June 1961, his activism and articles had drew the attention of Jamaica’s secret police or the Special Branch who opened a file on him claiming they had a radical leftist outlook.

Rodney started his doctoral studies in African history in 1963 at the School of Oriental and African Studies, University of London, and successfully completed and received his Ph.D. in 1966 at the age of 24. He published A History of the Upper Guinea Coast, 1545-1800 through the Oxford University Press. This book was the result of his dissertation work and it launched his career and public profile as a professional historian.

Rodney’s book highlights the class interests of the African rulers that informed their participation in the Atlantic slave trade, the nature of political rule with the governed and the negative impact of the alliance between African rulers and European capitalists-cum-slavers on the region’s development.

Perhaps the International Scientific Committee of the UNESCO General History of Africa best sums up the life and times of the intellectual and revolutionary when they note: “In evaluating Walter Rodney one characteristic stands out. He was a scholar who recognized no distinction between academic concerns and service to society, between science and social commitment. He was concerned about people as well as archives, about the workplace as well as the classroom. He found time to be both a historian and a sensitive social reformer.”