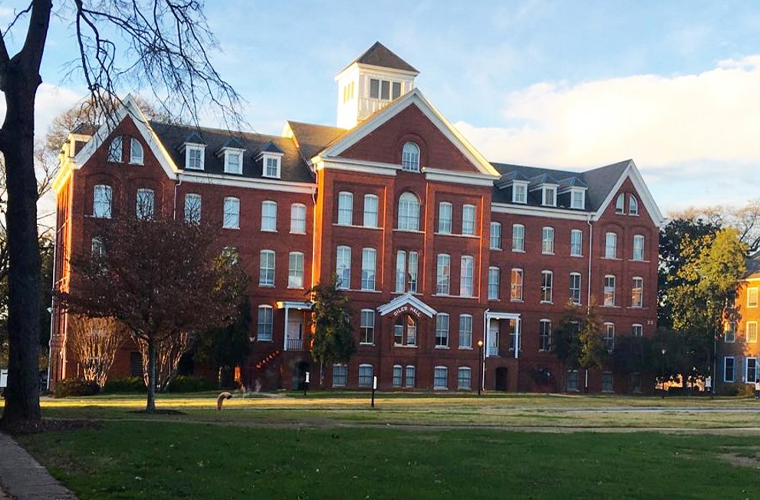 Instructed by four white, northern-born teachers, the students took classes in the basement of an Atlanta church until two of those teachers made a fateful visit to a Cleveland, Ohio Baptist church in June of 1882.  Two members of the congregation, oil magnate John D. Rockefeller and his wife, Laura Spelman, donated funds to the school. The Rockefellers visited Atlanta to celebrate the third anniversary of the seminary two years later, and during the ceremony, the trustees renamed the institution Spelman to honor Mrs. Rockefeller’s abolitionist family.

Because Atlanta would not open a black public high school until 1924, the first generation of Spelman students enrolled in courses equivalent to high school instruction. In 1887, Spelman awarded its first diplomas at this level. Two women received the school’s first baccalaureate degrees in 1901.

In Spelman’s first decades, a series of notoriously strict presidents, all friends of the Rockefeller family from the Northeast, required students to adhere to the standards of   Victorian-era feminine propriety. Women wore hats and gloves in public, and they needed special written permission to travel off campus.  Under the title “domestic training,” they learned domestic skills such as sewing, cooking, and laundry work. Two of the school’s founders, Harriet Giles and Sophia Packard, believed that former slaves lacked correct work habits, so they demanded that Spelman students rise at four-thirty each morning to wash and iron their clothes, a practice that continued into the 1920s.

Spelman’s curriculum focused heavily on teacher training, although the school also initiated a nursing program in 1886 and developed a missionary training department in 1891.  Students often spent the summer months teaching in rural Georgia and other southern states.

Spelman has also maintained a tradition of activism. Students participated in sit-ins at businesses in downtown Atlanta in the 1960s. Forty years later, in the spring of 2004, Spelman students ignited controversy when they protested the presence of rapper Nelly at a bone marrow drive on campus.  A group of students declared the content of Nelly’s music videos misogynistic, and upon hearing news of the protest, the rapper decided not to appear at the drive to register students as bone marrow donors.

Approximately 2,270 students attend classes at Spelman today. The college offers 26 majors and 25 minors, and students can also register with any of the five partner institutions in the Atlanta University Center, including Morehouse College and Clark Atlanta University.  Spelman had developed the largest endowment of any historically black college or university in the United States, nearly $300 million dollars.  In 1996 Bill and Camille Cosby donated $20 million (the single largest gift in the institution’s history) to build the Camille O. Hanks Cosby Academic Center.  Spelman’s distinguished alumni include Alice Walker (author), Esther Rolle (actress), Marian Wright Edelman (president and founder of the Children’s Defense Fund), and Dr. Bernice Johnson Reagon (scholar and entertainer).