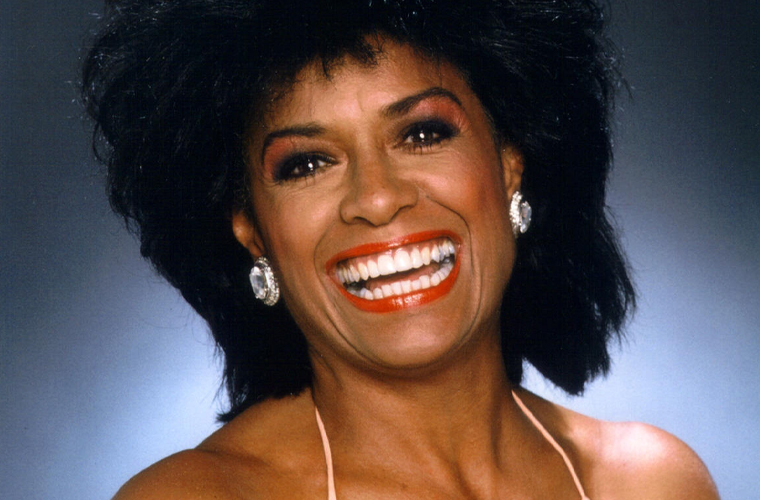 Despite a recording career that extended for nearly two decades, including a stint at the famed Motown label, Barbara McNair remains better known as an actress than as a singer, utilizing both skills as the star of her own eponymously-titled television variety series. Born January 1, 1934, in Chicago, and raised in Racine, Wisconsin, McNair began singing as a child, and, after spending a year at UCLA, she relocated to New York City, working as a secretary for the National Foundation of Settlements while fruitlessly auditioning for countless Manhattan nightclub gigs.

Impresario Max Gordon finally booked her at the legendary Village Vanguard, followed by appearances on The Arthur Godfrey Talent Scout Show and The Ed Sullivan Show. While performing at Las Vegas’ Silver Slipper Casino, McNair came to the attention of famed newspaper columnist Walter Winchell, whose favorable reviews earned her a deal with Coral Records; her debut single, “Till There Was You,” appeared in 1958, with the B-side, “Bobby,” becoming a hit. That same year, she also made her Broadway debut in The Body Beautiful, later returning to the stage in The Pajama Game.

McNair recorded three more singles for Coral in 1958 — “He’s Got the Whole World in His Hands,” “Indiscreet,” and “Too Late This Spring,” respectively — followed in 1959 by “Goin’ Steady With the Moon,” “Lover’s Prayer,” and “Telephone Conversation,” the latter a duet with Billy Williams. She also toured with Nat King Cole, appearing in his stage shows I’m with You and The Merry World of Nat King Cole. McNair then signed to the Signature label for three 1960 singles — “He’s a King,” “All About Love,” and “Kansas City” — followed by a tenure at Roulette that yielded 1961’s “That’s All I Want From You,” and the following year’s “Honeymoon in.'” She landed at KC for “Cross Over the Bridge,” and in 1963 made her film debut opposite Henry Fonda in Spencer’s Mountain — she also appeared in guest roles on a number of TV series, among them Dr. Kildare, I Spy, and Hogan’s Heroes.

After a one-off 1965 effort for Warner Bros., “Wanted Me,” later that same year McNair signed to Motown, scoring her biggest hit with her label debut “You’re Gonna Love, My Baby.” “Everything Is Good About You” and “My World Is Empty Without You” followed in 1966, as did sessions for “Baby a Go-Go,” arguably her strongest disc to date — remarkably, Motown head Berry Gordy rejected the single, however, and it went unreleased for decades until bootleg copies earned rave reviews from the DJs and dancers populating Britain’s Northern Soul club circuit. (Motown finally gave “Baby a Go-Go” a legitimate release on the 2002 compilation A Cellarful of Motown!) McNair’s Motown run ended with a pair of 1968 singles, “Where Would I Be Without You” and “You Could Never Love Him”; from that point forward she directed more and more of her energies into her acting career, returning to the big screen in the crime drama If He Hollers, Let Him Go! followed in 1969 co-starring with a role in the Elvis Presley vehicle Change of Habit.

The syndicated variety series The Barbara McNair Show also premiered in 1969, running for three seasons; in 1970, McNair scored her biggest screen role to date appearing opposite Sidney Poitier in They Call Me Mister Tibbs!, the sequel to the Oscar-winning In the Heat of the Night. She also co-starred in the follow-up, 1971’s The Investigation, but was largely out of the spotlight for the remainder of the decade, appearing on stage, in nightclubs, and the occasional TV guest shot while taking a time-out in 1976 to record one last single for TEC, “Because of You.” In 1984, McNair accepted a recurring if short-lived role on the daytime soap opera General Hospital, and in 1996 she returned to feature films after a quarter-century absence in the little-seen Neon Signs. In addition to her own headlining nightclub dates, she also starred in Sophisticated Ladies, a stage tribute to the music of Duke Ellington.