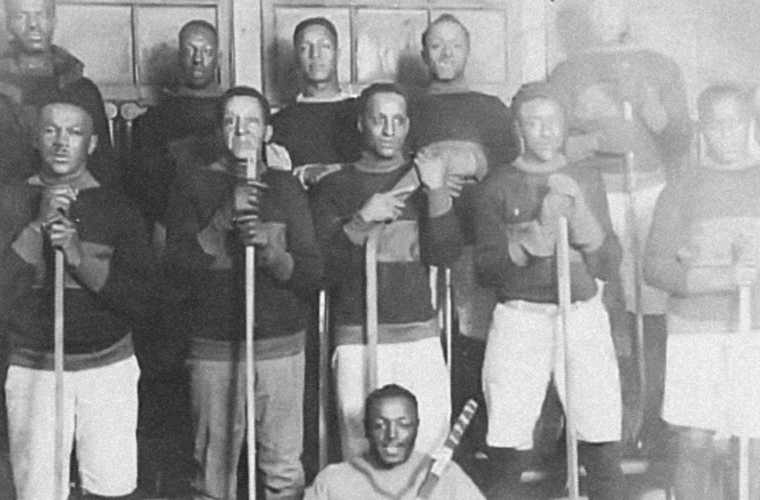 Rewriting Canadian History
Patriotism is a strange creature. The Black man, since the earliest days of Canadian history, has been one of the greatest defenders of Canada. And yet, his accomplishments have never been fully told nor recorded. It is as if the Black man had never existed. In fact, if it had not been for the Black man carrying a rifle, Canada herself would have never existed. From the earliest days of British North America and the landing of the Black Loyalist forces in Nova Scotia, through to the War of 1812, and beyond, Black regiments served with distinction along the borderlands separating the British and their Canadian counterparts from the Americans. During the American attack on Canada in 1775 and the subsequent siege of Quebec City, it was a Black Canadian regiment, who comprised part of the “undaunted fifty,” who defeated the Americans beneath the Citadel of Quebec.

The American General Richard Montgomery had invaded Quebec in an effort to make the territory the 14th State of the Union. He was defeated and killed along the slope rising up to the Citadel. The American failure to invade Canada would be repeated during the War of 1812 when in the early days of the conflict Black Canadian regiments and soldiers led the charge against the American invaders from New Brunswick to the gates of Fort Detroit. In the 1830s, a Black regiment defeated the Mackenzie – Papineau forces ensuring that British North America remained as one. Additionally, Black soldiers were the first to be mobilized in the British Colony on Vancouver Island in 1856 in order to prevent an American annexation of the region following the discovery of gold in the Interior of British Columbia. Historically, when the Americans had moved north, either militarily or years later as simple gold rush prospectors, the first forces they often encountered were Black men dressed in British military scarlet-red uniforms. Page 150.

Rewriting Black Canadian History
The history of Black Canadians has, for the most part, either been forgotten, deliberately destroyed, or conveniently ignored. Most historians have often dismissed it, or have viewed it as irrelevant. When it has been discussed, it has often been presented in relation to the cause and effects of American and New World Slavery. If the truth were known, Canadian Black history is as complex and intriguing as that of any European race or nation that has shaped the modern world. It is a history rich in its telling, one that evokes heroism, determination, and dignity. It is realism, hidden by popular ignorance and modern theory. It is a legendary story supplanted by modern bias and myths. Page 194.

Setting the Ice Hockey Historical Record Straight
Our knowledge of the roots of Canadian hockey has been based almost solely on the historical records maintained by early White historians. Because of this, the misconception that hockey is a white man’s invention has persisted. We know today, such an assumption could not be further from historical fact. The roots of early Canadian hockey originate with the North American Indians. The roots of modern Canadian hockey originate, in large part, from the influence of an even more surprising source, that of early African-Canadian hockey. For it was Black hockey players in the latter half of the nineteenth century whose style of play and innovations helped shape the sport, effectively changing the game of hockey forever. Page 12.

The First Black Ice Hockey Players – 1820 to 1870
With certainty, we can only date Black hockey to the early 1870s, yet we know that hockey and Black history in Nova Scotia have parallel roots, going back almost 100 years. Among the first reports of hockey being played occur in 1815 along the isolated Northwest Arm, south of Halifax. The date is important for the simple fact that as late as October 1815 the region was not home to a large White settlement but was instead the site of a small Black enclave. Four Black families originally from the Chesapeake Bay area, with a total of fifteen children, had relocated and settled on the Arm. It is reported that these families, Couney, Williams, Munro, and Leale, received adequate food, lodging, and employment implying that their children were healthy and would have been able to play hockey during the winter months when the Arm was frozen and suitable for skating. Were these children among the first Canadians to play the game of hockey? We do not know. All we can say is that the coincidence between the date of the Northwest Arm’s Black settlement and the first records of hockey being played in the area are worthy of reflection. Page 12-13.

The Stanley Cup -1893
During the nineteenth century, it had been the English who had introduced the concept of competitive sports to much of the world. In an age of the Victorians and Victorian ideals, sports were regarded as models of teamwork and fair play. Many believed that sports could raise the lower classes and non-White races to a higher level of civilization and social development. All was well, the theory held as long as White men continued to win at whatever sport they played. Hockey was no different. By recognizing Canadian hockey Stanley had accomplished something more. He has given the game “royal acceptance” removing its status as a game of the lowly masses and creating a tiered sport based on club elitism and commercialism. It is no secret that the Stanley Cup was only to be competed for by select teams within Canada. At the time of its presentation, it was a symbol for self-promotion all the while serving a “supposed need”. In time, those who controlled the Challenge Cup controlled hockey, effectively creating a “bourgeoisie” sport. A sport that now, by its very nature, would exclude and fail to recognize Black contributions. Page 14.

The Birth Of All-Black Hockey Teams -1895
The first recorded mention of all-Black hockey teams appears in 1895. Games between Black club teams were arranged by formal invitation. By 1900, The Colored Hockey League of the Maritimes had been created, headquartered in Halifax, Nova Scotia. Despite hardships and prejudice, the league would exist until the mid-1920s. Historically speaking, The Colored Hockey League was like no other hockey or sports league before or since. Primarily located in a province, reputed to be the birthplace of Canadian hockey, the league would in time produce a quality of player and athlete that would rival the best of White Canada. Such was the skill of the teams that they would be seen by as worthy candidates for local representation in the annual national quest for Canadian hockey’s ultimate prize – the Stanley Cup. Page 15.

Black Hockey Leadership -1895
They were more than educated Blacks, in fact, they were the first generation of Black men who refused to answer the ageless question: “Whose Negro Are You?” The first of their race to demand what was rightfully theirs; the first generation to refuse to stand at the back of a line. Page 55.

On The Destruction Of The Colored Hockey League — 1912
Were the Blacks sending a message to area Whites? Was this “an eye for an eye,” a payback for Williams’ death and other past events? In order for four White-owned buildings to go up in flames almost simultaneously, it would require an orchestrated group effort. It would require a group of people working in tandem with one goal. If it were the work of Blacks it would have been an effort organized either on Gottingen Street or out in Africville. If indeed this was payback, then who better to accomplish this task than members of the Colored League — men who had had their league destroyed, lands stolen, and business enterprises crushed at the hands of Whites. On January 12, 1912, someone had sent the White Elite of Halifax a message. The message was simple: “Burn Us — We Burn You!” Page 132.

The outright theft and destruction of Africville in the mid to late 1960s remains one of the most shameful chapters in modern Canadian history. To date, though numerous Federal government officials in Ottawa, and scores of Provincial and community politicians in Nova Scotia, have given verbal support to the Black fight for retribution, their words are only designed for political benefit and often carry little if any substance. The politicians say what they feel their audience wants to hear and few are ever called to task for their statements. It is a game that is played well by those who are only interested in securing their own social status and economic being. Africville is more than a Black Canadian tragedy. It speaks volumes about the social character of Canada and all Canadians. By allowing the weak to be crushed by the strong we set the precedent where men’s actions and not the rule of law determine the status quo and the definition of democracy and justice. By allowing the powerful to deny justice and dignity to those within our society who cannot fight back we set a standard for which future disputes are resolved. Laws and democracy can only be protected if people are willing to fight for them. Page 191.