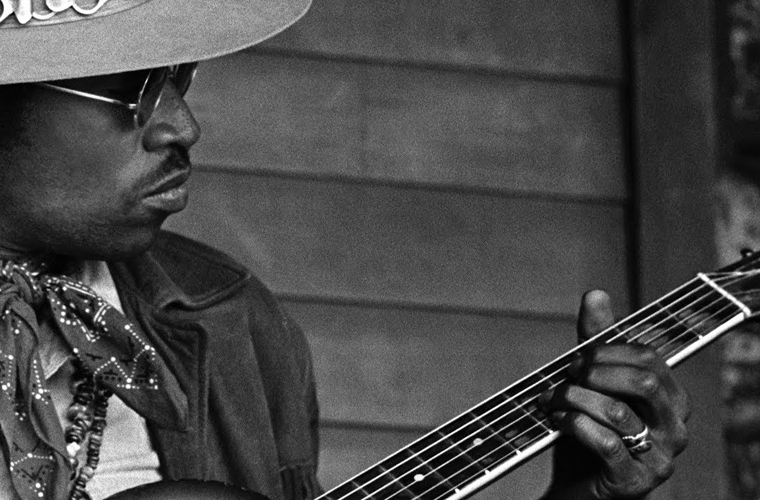 Blues, secular folk music created by African Americans in the early 20th century, originally in the South. The simple but expressive forms of the blues became by the 1960s one of the most important influences on the development of popular music throughout the United States.

Although instrumental accompaniment is almost universal in the blues, the blues is essentially a vocal form. Blues songs are lyrical rather than narrative; blues singers are expressing feelings rather than tell stories. The emotion expressed is generally one of sadness or melancholy, often due to problems in love. To express this musically, blues performers use vocal techniques such as melisma (sustaining a single syllable across several pitches), rhythmic techniques such as syncopation, and instrumental techniques such as “choking” or bending guitar strings on the neck or applying a metal slide or bottleneck to the guitar strings to create a whining, voice-like sound. As a musical style, the blues is characterized by expressive “microtonal” pitch inflections (blue notes), a three-line textual stanza of the form AAB, and a 12-measure form.

Typically the first two and a half measures of each line are devoted to singing, the last measure and a half consisting of an instrumental “break” that repeats, answers, or complements the vocal line. In terms of functional (i.e., traditional European) harmony, the simplest blues harmonic progression is described as follows (I, IV, and V refer respectively to the first or tonic, fourth or subdominant, and fifth or dominant notes of the scale): Phrase 1 (measures 1–4) I–I–I–IPhrase 2 (measures 5–8) IV–IV–I–IPhrase 3 (measures 9–12) V–V–I–African influences are apparent in the blues tonality, the call-and-response pattern of the repeated refrain structure of the blues stanza, the falsetto break in the vocal style, and the imitation of vocal idioms by instruments, especially the guitar and harmonica.

The origins of the blues are poorly documented. Blues developed in the southern United States after the American Civil War (1861–65). It was influenced by work songs and field hollers, minstrel show music, ragtime, church music, and the folk and popular music of the white population. Blues derived from and was largely played by Southern black men, most of whom came from the milieu of agricultural workers. The earliest references to blues date back to the 1890s and early 1900s. In 1912 black bandleader W.C. Handy’s composition “Memphis Blues” was published. It became very popular, and thereafter many other Tin Pan Alley songs entitled blues began to appear.

The rural blues developed in three principal regions, Georgia and the Carolinas, Texas, and Mississippi. The blues of Georgia and the Carolinas are noted for their clarity of enunciation and regularity of rhythm. Influenced by ragtime and white folk music, it is more melodic than the Texas and Mississippi styles. Blind Willie McTell and Blind Boy Fuller were representatives of this style. The Texas blues is characterized by high, clear singing accompanied by supple guitar lines that consist typically of single-string picked arpeggios rather than strummed chords.

Blind Lemon Jefferson was by far the most influential Texas bluesman. Mississippi Delta blues is the most intense of the three styles and has been the most influential. Vocally, it is the most speech-like, and the guitar accompaniment is rhythmic and percussive; a slide or bottleneck is often used. The Mississippi style is represented by Charley Patton, Eddie (“Son”) House, and Robert Johnson, among others. The first blues recordings were made in the 1920s by black women such as Mamie Smith, Ma Rainey, Ida Cox, and Bessie Smith. These performers have primarily staged singers backed by jazz bands; their style is known as classic blues.

The Great Depression and the World Wars caused the geographic dispersal of the blues as millions of blacks left the South for the cities of the North. The blues became adapted to the more sophisticated urban environment. Lyrics took up urban themes, and the blues ensemble developed as the solo bluesman was joined by a pianist or harmonica player and then by a rhythm section consisting of bass and drums. The electric guitar and the amplified harmonica created a driving sound of great rhythmic and emotional intensity.

Among the cities in which the blues initially took root were Atlanta, Memphis, and St. Louis. John Lee Hooker settled in Detroit, and on the West Coast Aaron, (“T-Bone”) Walker developed a style later adopted by Riley (“B.B.”) King. It was Chicago, however, that played the greatest role in the development of urban blues. In the 1920s and ’30s Memphis Minnie, Tampa Red, Big Bill Broonzy, and John Lee (“Sonny Boy”) Williamson were popular Chicago performers. After World War II they were supplanted by a new generation of bluesmen that included Muddy Waters, Chester Arthur Burnett (Howlin’ Wolf), Elmore James, Little Walter Jacobs, Buddy Guy, and Koko Taylor.

The blues have influenced many other musical styles. Blues and jazz are closely related; such seminal jazzmen as Jelly Roll Morton and Louis Armstrong employed blues elements in their music. Soul music and rhythm and blues also show obvious blues tonalities and forms. The Blues have had their greatest influence on rock music. Early rock singers such as Elvis Presley often used blues material. British rock musicians in the 1960s, especially the Rolling Stones, Eric Clapton, and John Mayall, were strongly influenced by the blues, as were such American rock musicians as Mike Bloomfield, Paul Butterfield, and the Allman Brothers Band.