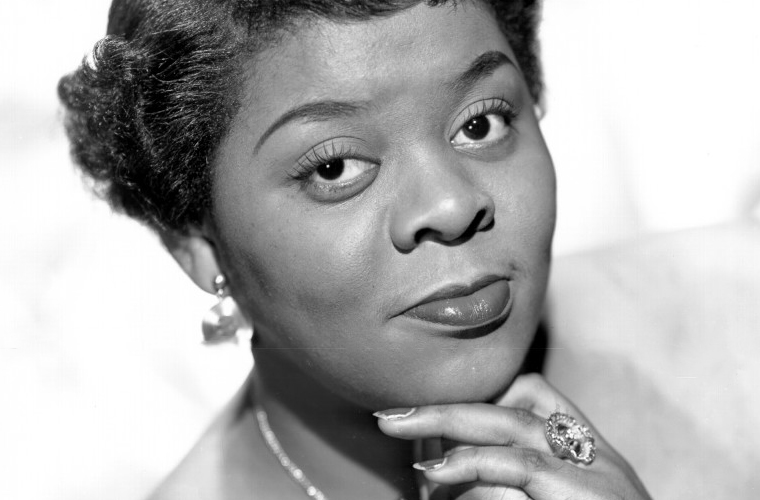 As a child, Ruth Jones moved with her family to Chicago. She sang in and played the piano for her church choir and in 1939 began to sing and play piano in various Chicago nightclubs, in addition to touring with Sallie Martin’s gospel group. About 1942–43 she adopted the stage name Dinah Washington. From 1943 to 1946 she sang with the Lionel Hampton band and in 1946 began a successful solo career. During the period from 1949 to 1955, her recordings were consistently among the Top 10 hits of the rhythm-and-blues charts. Even after she crossed over to the popular (pop) music market, in which she had her greatest commercial success, Washington retained many of her earlier fans because of her passionate, supple style.