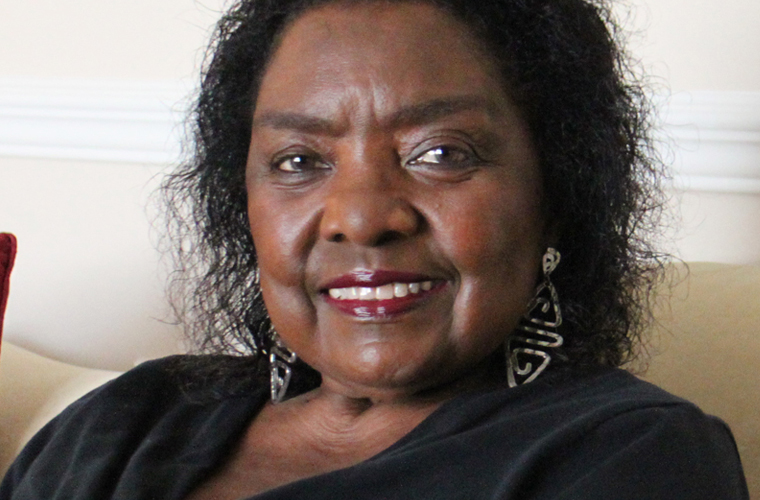 For as long as she can remember, Catherine Burks-Brooks was a “bumper.” Growing up in Birmingham, Ala., she was a child who wasn’t going to let anyone tell her what to do. And nothing would infuriate her more than when her mother would pull her out of the way of a white person who was walking toward them on the street. It was called “steppin’ aside.”

“You had to step aside to let the white people by because you were not to bump (into) them,” says Burks-Brooks, who is now 76 and still lives in Alabama’s largest city. Yet whenever she approached a white person, she refused to step aside. “And we would bump,” she says, sounding as rebellious today as she was as a child. “Had I been a boy, I probably would have been dead. But they would just give me an ugly frown. I didn’t say it then — I can say it now — but that was my way of protesting.”

Burks-Brooks says she began to resent segregation and being treated as less than others as far back as elementary school. She resented having to sit in the back of the bus or standing for the 30-minute journey on trips into town with her mother, even though there were empty seats in the white section up front. She resented the sign that hung in front of the “colored” section, keeping her in her place. And in the fifth grade, when she attended a colored school clear across town and had to take a bus into the city, then all the way out again to another black neighborhood — a trip in excess of an hour — she resented having to continue to sit behind that sign even though there would rarely be any whites on the bus as it made its way to the black neighborhood. “I remember a couple of times in high school, someone taking the sign and throwing it out the window,” she says. “I never went home and talked about that because I would have gotten a good spankin’ because that was dangerous.”

Burks-Brooks became “activated” as a junior at Tennessee State, joining the Nashville Movement in and around Fisk University. Her boyfriend there began training in nonviolence at Fisk, and Burks-Brooks wanted to join him, but he told her it was too dangerous. “Oh, I put my hand on my hip and said hmm-mmm,” she says, laughing. You see, putting her hand on her hip like that had a very distinct meaning: She was suspicious that her boyfriend was sweet-talking the girls from Fisk who could stay out longer and, as Burks-Brooks tells it, always had an eye on the Tennessee State boys. “I knew something funny is going on, so I said I’m going down to this meeting myself and see what girlfriend he done picked up down there. So, I say I kicked my way into the movement.”

In 1960, Burks-Brooks began sitting in at segregated lunch counters around Nashville, getting arrested on numerous occasions. One white man, she recalls, threatened to put a cigarette out in her face if she didn’t leave. She started singing “We Shall Not be Moved” and braced herself for the searing pain but it never came. “We knew there was a possibility that we might die, but once you lose the fear (of dying) there is nothing else (after that),” she says. “I looked at it as This is my job; this what I’m supposed to be doing. And that’s the way a number of us looked at it. That this (system) is wrong and this must change.”

“We knew there was a possibility that we might die. But once you lose the fear there is nothing else (after that).”

The Freedom Rides, in which blacks and whites rode buses throughout the South, challenging segregated interstate travel, began in 1961. But on May 14 of that year, an angry group of Klansmen fire-bombed one of the buses. The men and women inside were barely able to escape the blaze as the mob barricaded the doors from the outside.

The Nashville students voted to send a group to Alabama to finish the trip; Burks-Brooks stepped forward. “We were seasoned soldiers by that time, ready to go somewhere else,” she says. But they didn’t get far. When the Freedom Riders attempted to sit in the whites-only waiting room in the Birmingham bus station, she was arrested by that city’s infamous police boss Bull Connor.

“He said he was taking us out of there for our protection,” Burks-Brooks says. Connor eventually decided to drive the students back to Nashville in the middle of the night in two limousines. During that ride, Burks-Brooks sat in the front seat and chatted with the Bull, as she likes to call Connor. “It was probably the longest conversation he’s ever had with a black person that wasn’t his maid or cutting his grass,” she says.

At the time, she didn’t know about the 1948 Democratic Convention in Philadelphia, when members of the Alabama and Mississippi delegations walked out after discussion of a platform advocating civil rights for blacks. The rebel group formed the nascent Dixiecrats, a segregationist political party — and Connor told Burks-Brooks he was one of those Alabama delegates. “I remember telling him, ‘Now, you know Y’all were wrong,’ ” she recalls. “I could talk to the Bull like that because I was not afraid of the Bull. It was a civil conversation. I even invited him to have breakfast with us (when we got to Nashville).”

Still, Burks-Brooks was unprepared for what happened next, when Connor stopped the car just across the Tennessee state line and ordered his officers to throw the students’ bags on the side of the road. She recalls clearly her reaction: “I told that Old Bull, I screamed at him — I know he heard me — ‘We’ll see you back in Birmingham by high noon.’ ”

Connor instructed the group to walk to a building off in the distance, saying it was a train station, where they could get a train to Nashville. But it was a locked warehouse. In the pitch-black night, in the middle of nowhere, fear quickly set in. “You know what came through our minds then? That the Klan was coming for us,” she says. In the dark, they found a black neighborhood and a place to spend the night. They called Nashville and arranged for a car. The Klan never appeared.

True to her words to Connor, they were back in Birmingham the next day.

“People used to ask my mother if she was afraid; did she try and talk to me,” Burks-Brooks recalls. “And she said, ‘It wouldn’t do any good. She’s been kicking ever since she came (into this world). She came feet first.’ So she never tried to stop me.”

Burks-Brooks would go on to escape a riot in Montgomery and serve time at Parchman State Penitentiary in Mississippi after the Freedom Rides moved to Jackson. Yet she never once stepped aside. Never budged. “I used to laugh during the movement,” she says. “Because I’d say I was bumping white folks all my life.”