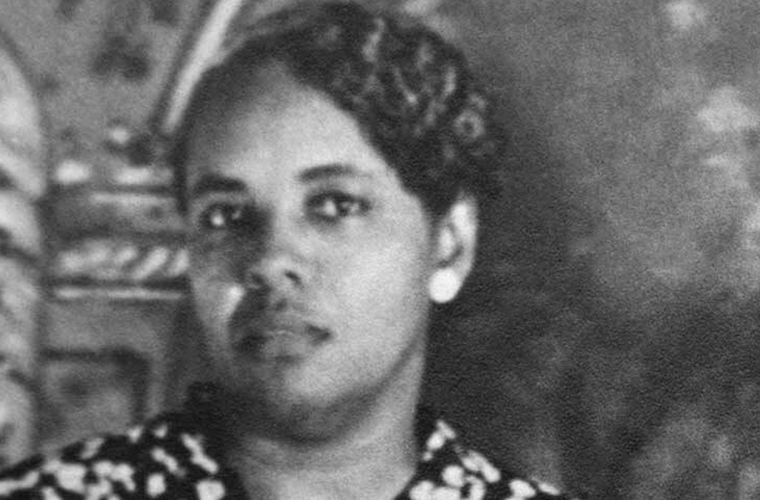 Harriette Vyda Simms Moore was an African American educator, Civil Rights leader, and the wife of Harry Tyson Moore who was the founder of the first National Association for the Advancement of Colored People (NAACP) branch in Florida. She and her husband were killed on December 25, 1951, when a bomb exploded at their home. Harry Moore died from his wounds that day at the hospital. Harriette Simms died of her wounds nine days later on January 3, 1952. Simms and Moore were early martyrs of the national Civil Rights Movement that would emerge in the 1950s.

Harriette Simms was born on June 19, 1902, to David Ira Simms and Annie Warren Simms in West Palm Beach, Florida. Her siblings included two sisters Valerie and Mae, and three brothers George, Arnold, and David Simms Jr. The Simms family later moved to Mims, Florida. She attended high school at the Daytona Normal Industrial Institute in Daytona Beach, Florida in 1920. After graduating from high school, she enrolled in Bethune-Cookman College in Daytona Beach, Florida, graduating with an Associate of Arts degree and then a Bachelor of Arts degree in 1924. After college, Simms taught at elementary schools across Florida including Merritt Island and Mims in Brevard County. Simms met her future husband Henry Tyson Moore when she taught classes at Brevard County while he was a principal at Titusville Colored School.

The couple got married in 1926. They have two children, Annie Rosalea Moore, born in 1928, and Juanita Evangeline Moore, born in 1930. Harry Simms founded the Brevard County chapter of the NAACP in 1934, eight years after they married.

In 1946, Simms and her husband were fired from their teaching jobs for their political and civil rights activities. On December 25, 1951, after the couple had celebrated their 25th-anniversary wedding, a bomb exploded under their home. Moore died the same day at the hospital and Simms died nine days later on January 3, 1952. An FBI investigation occurred but no one was held accountable for the murders at that time. Evidence was later discovered linking four high-ranking Florida Ku Klux Klan members, Earl J. Brooklyn, Tillman H. Belvin, Joseph N. Cox, and Edward L. Spivey, to the crime but by that point, by 2006 they were already deceased. The case remains unsolved.