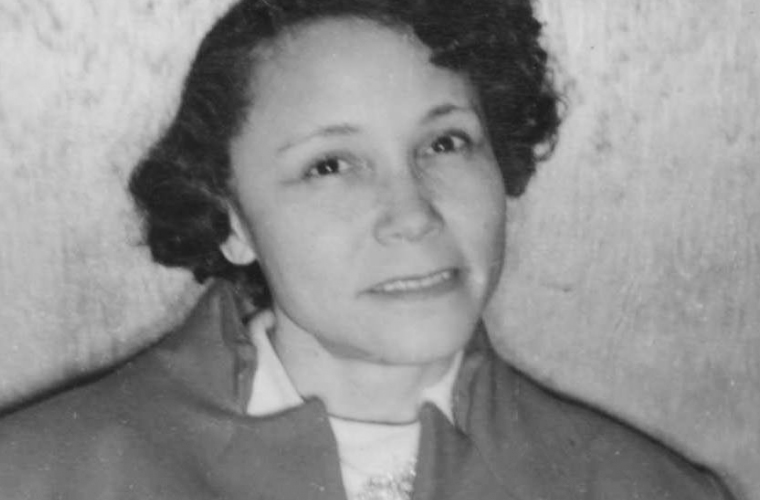 Jo Ann Robinson organized a city bus boycott by African Americans in Montgomery, Alabama, in 1955 that changed the course of civil rights in America. Jo Ann Robinson was born on April 17, 1912, in Culloden, Georgia. After earning a master’s degree, she moved to Montgomery, Alabama, to teach at Alabama State College. After a verbally abusive encounter on a segregated city bus, Robinson became an advocate for equal rights for African Americans. She led a successful city bus boycott that gained national attention and the support of Martin Luther King Jr. Born on April 17, 1912, in Culloden, Georgia, Jo Ann Gibson Robinson was the 12th child of her farmer parents, Owen Boston Gibson and Dollie Webb Gibson. Following her father’s death, 6-year-old Jo Ann and her family relocated to Macon.

Jo Ann was valedictorian of her high school graduating class and became the first college graduate in her family when she earned a bachelor’s degree from Fort Valley State College in 1934. Following her graduation from Fort Valley State, Jo Ann Robinson became a public school teacher in Macon, Georgia, a position that she would hold for the next five years. Also during this time, she earned a master’s degree from Atlanta University and went on to study English at New York’s Columbia University. After a year, she moved to Crocket, Texas, to teach at Mary Allen College.

In 1949, Robinson moved to Montgomery to teach English at Alabama State College. She also became active in the Montgomery community, becoming a member of the Dexter Avenue Baptist Church, where Martin Luther King Jr. later served as pastor, and joining the Women’s Political Council, a group designed to motivate African-American women to take political action. Robinson experienced the prejudices underlying racial segregation firsthand in the late 1940s when she was screamed at for sitting in the empty white section of a city bus; the driver pulled over to yell at her and Robinson fled the bus, fearing that he would hit her. Disgusted by the incident, she began to mobilize against the segregated city bus system.

When Robinson became president of the WPC in 1950, she focused the organization’s efforts on desegregating buses. Working with attorney Fred Gray as her adviser, she met with the mayor of Montgomery William A. Gayle. The city’s leadership was not interested in integrating buses, however, so Robinson conceptualized a boycott.

Following the arrest of Rosa Parks on December 1, 1955, Robinson distributed a flyer that she’d written urging Montgomery’s African Americans to boycott city buses on December 5 of that year. With the help of John Cannon, chairman of Alabama State’s business department at the time, and two students, Robinson distributed more than 50,000 flyers overnight calling for the boycott. When the boycott proved successful, the Montgomery Improvement Association, led by Martin Luther King Jr., came to manage its continuation. Subsequently, Robinson was appointed to the MIA’s executive board and produced the organization’s weekly newsletter at King’s personal request.

For her role as a leader of the boycott, Robinson was arrested and targeted with violence; police officers threw a rock into her window and poured acid on her car. The harassment became so bad that state police were requested to guard her home. The boycott continued until June 5, 1956, when a federal district court declared segregating seating unconstitutional. The boycott also established Dr. King as a figure of national prominence and ushered in an era of nonviolent civil rights protests. Not long after the boycott ended, Robinson resigned from her position at Alabama State College and moved on to Grambling College in Louisiana, and later to public schools in Los Angeles, California.

Robinson published a memoir entitled The Montgomery Bus Boycott and the Woman Who Started It in 1987. She died in Los Angeles on August 29, 1992.