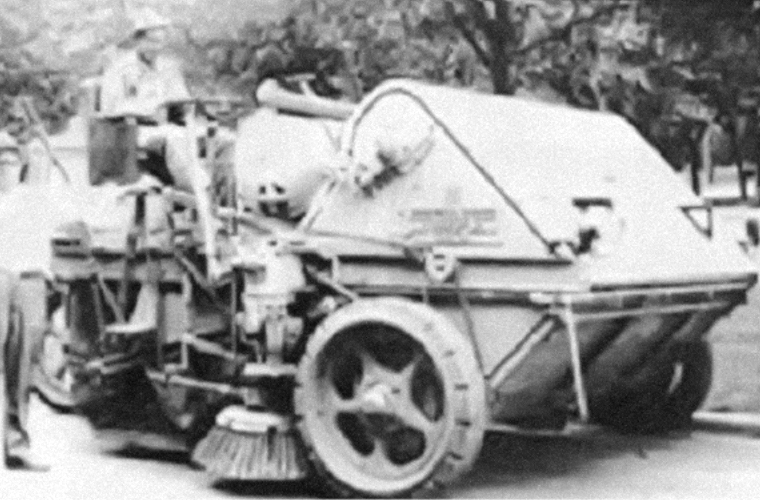 Charles B. Brooks was an American inventor, who is best known for his patented improvements to the street sweeper in 1896. Very little is known about his early life beyond the fact that he was born in Virginia in 1865.

By the 1890s Brooks was living in Newark, New Jersey, and working as a porter. His famous invention was actually an improved version of the existing street sweeper. The first street sweeper had been patented in 1849, and the more recognizable model with brushes at the front was patented in 1868. Brooks’ patent was filed on April 29, 1895, and approved on March 17, 1896, as U.S. Patent 558,719. His version of the street sweeper improved the self-propelled front-brush sweeper. The most notable of these improvements was the introduction of a “receiving-pan,” which collected the swept dirt, carried it along with a belt, and dumped it into a receptacle. The patent also detailed adjustments to the front brushes which made them of different lengths and had a scraper for use with snow and ice. 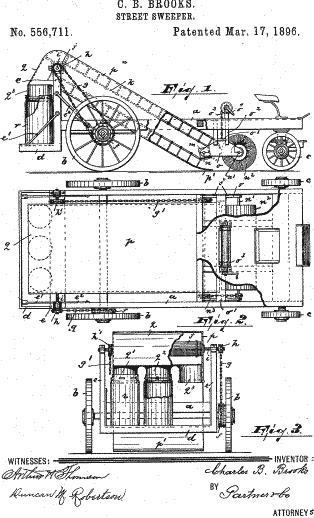 Brooks’ invention was met with initial success. In 1895, Brooks received financial backing from two investors, George M. Hallstead and Plummer S. Page, who provided funding for its production in Scranton, Pennsylvania. The sweeper was estimated to have a production price of about $2,000 each. In February of 1896, the Pennsylvania state government gave the new manufacturing company a $100,000 charter, and in December of that year, it received a glowing review from the city maintenance superintendent of Buffalo, New York, who intimated he would adopt the model for his own city.

The new sweeper was not Brooks’ only invention. In 1893, Brooks had invented a modified ticket punch (U.S. Patent 507,672), built with a compartment to collect scraps left over from the puncture of the ticket. In addition, Brooks patented a new type of holding bag (U.S. Patent 560,154) shortly after his sweeper has been approved. The new bag was designed for use with the sweeper as storage for collected dirt and included an elastic strap that enabled easy opening and closing of the bag without its contents being spilled.

Little is known of Brooks’ personal life. He was born in Virginia in 1865, but as a young adult moved to Newark, where he worked as a porter for the Pullman Palace Car Company. He was said to have invented a car fender but did not see the project through following the death of a collaborator.