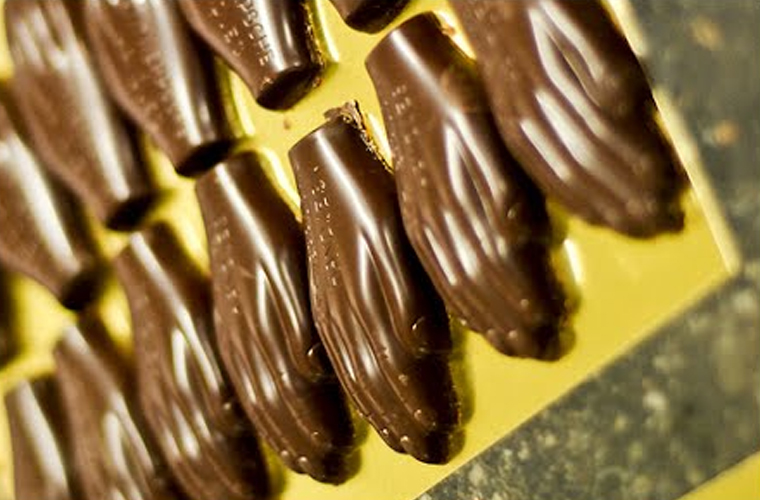 On February 5th, the Kaplan Institute had the pleasure of welcoming distinguished art history scholars Todd Porterfield (Université de Montréal) and Deborah Silverman (UCLA) to participate in its annual DIALOGUE series. This year, the topic was “Civilization,” and the discussion focused on the ways in which imperialism influenced art and objects produced in France and Belgium at the time of their African conquests. Both professors presented excerpts from longer projects,. To grossly summarize their discussion, Professor Porterfield looked at the ways in which the Luxor Obelisk at the Place de la Concorde, “given” to the French by Egypt less than 30 years after Napoleon’s campaign in Egypt, functioning as a political statement legitimating Louis-Philippe’s July Monarchy and future French imperialism. Professor Silverman examined the extent to which Belgian art nouveau reflected and knowingly concealed colonial violence in the Congo Free State.

Today I’d like to look at Professor Silverman’s concept of “cultural blind spots” –the idea that vestiges of colonial violence in Belgian objects and artwork went almost entirely unnoticed by the public- and similar structures in American society today.  One of her most vivid examples involved chocolate hands, a regional specialty of Antwerp. Called Antwerpse handjes in Dutch, these sweets are associated primarily with the myth of the founding of the city, in which the hero Brabo slew the tyrannical giant Antigoon, cut off one of his hands, and threw it in the river. However, Professor Silverman contends, Antwerpse handjes also reflect the atrocities committed by Belgian colonial forces in the Congo. Between 1885-1908, Belgium controlled a sizeable chunk of Central Africa known as the Congo Free State, where it made an enormous profit using forced Congolese labor to harvest rubber and ivory. Agents of the Belgian-controlled state charged with enforcing rubber quotas were best known for their policy of collecting the severed hands of Congolese who failed to make these quotas. Heaped in baskets and presented to European higher-ups, these gruesome, iconic testaments to the brutality of Belgian imperialism were kept as proof that the soldiers’ bullets were not being wasted.

Knowing this history, it is almost impossible to look at pictures of Antwerpse handjes without cringing, let alone consume them. Yet, Professor Silverman explained, never once during her time researching in Belgium did she speak to someone who drew the connection between the severed hands of the Congo Free State and the hand-shaped chocolates enjoyed by thousands in Antwerp. The pervasiveness of this particular cultural blind spot might seem difficult for us to imagine, but it’s important to recognize that it’s easier to be shocked by foreign insensitivity than to identify similar instances in our own culture.

At a follow-up luncheon with Professors Porterfield and Silverman, my table discussed potential American cultural blind spots. The example that jumped most readily to mind were the names, mascots, and logos of sports teams like the Washington Redskins, the Cleveland Indians, and –a little closer to home- the Chicago Blackhawks. These and many other teams, despite having been the focus of protests and controversies, continue to use images that not only perpetuate ethnic stereotypes but also mask the persecution and decimation of the Native American population. The continuing problem of racism in advertisements was also discussed (from the 1920s to the ’40s to today), although it seems that recently, thanks to the many critical eyes of the Internet, many offensive advertisements –like the Intel one in the last link- are pulled before they reach consumers.

The issue with this kind of speculation, of course, is that cultural blind spots are called blind spots for a reason: they’re tropes that the vast majority of society accepts until the passage of time allows us to contextualize them. We were only able to think of examples of cultural phenomena that have already been widely critiqued as problematic, not true blind spots like Antwerpse handjes. With that in mind, we’d love to hear your thoughts on the subject. What, if anything, will come to be seen as American Antwerpse handjes? What other cultural blind spots exist in America today?