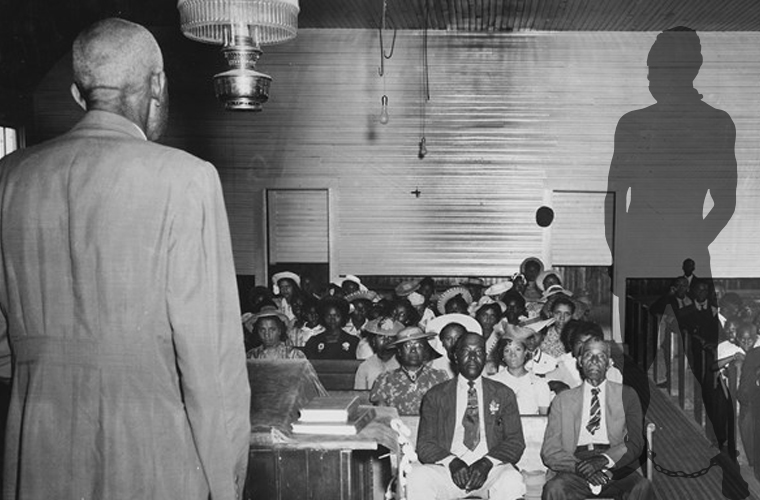 While some clergymen were using Christian scriptures to propagate slavery, others were scouring the Bible to end it. Although evangelicals tend to receive most of the credit for this, the origins of Christian abolitionism can be traced to the late 17th Century and the Religious Society of Friends or Quakers.

Since their establishment in the mid 17th century, Quakers had faced persecution for their beliefs which stated that everyone was “equal in the sight of God” and capable of receiving the “light of God’s spirit and wisdom”, including Africans. Several of their founders, including George Fox and Benjamin Lay, encouraged fellow congregants to stop owning slaves, and by 1696, Quakers in Pennsylvania officially declared their opposition to the importation of enslaved Africans into North America.

Quakers in Philadelphia and London debated slavery at their yearly meetings in the 1750s, and fellow Quaker Anthony Benezet’s Some Historical Account of Guinea (1772) became required reading for abolitionists on both sides of the Atlantic. For instance, it informed John Wesley’s Thoughts Upon Slavery (1774) which in turn influenced many British Christian abolitionists and was said to have inspired the former slave trader turned clergyman, John Newton, to break his decades of silence about his involvement in the slave trade.

Many early Christian opponents of slavery came from congregations such as Congregationalists, Quakers, Presbyterians, ‘Methodists’ and Baptists, who were called ‘Nonconformists’ or ‘Dissenters’ because they disagreed with the beliefs and practices of the Church of England. These Christians were often marginalised because of this, but their counter-cultural stance enabled them to make connections with those who faced other forms of persecution.

The main thrust of Christian abolitionism emerged from the evangelical revival of the 18th century, which spawned dynamic Christians with clear-cut beliefs on morality and sin and approached the issue of slavery from this standpoint.

In his Thoughts upon Slavery, John Wesley questioned the morality of slavery and those who engaged in it, while William Wilberforce, the evangelical Anglican MP who worked to end the slave trade in Parliament, believed that he had been called by God to end the ‘immoral’ slave trade.

Many evangelicals were interested in the physical as well as the spiritual condition of enslaved Africans. Clergymen such as James Ramsay, who had worked in the Caribbean, were influential in pointing out that many Africans died without hearing the gospel.

However, practical evangelical abolition work began with the Anglican Granville Sharp in the mid 1760s when he fought for the freedom of a young African, Jonathan Strong. Sharp rose to national prominence during the landmark Somerset Case of 1772, which determined the status of slavery in Britain. He would later join with the Quakers to establish the first recognised anti-slavery movement in Britain in 1787. By this time, other Anglicans such as Thomas Clarkson had entered the fray. Clarkson, who had written an award-wining essay on slavery in 1785, received what he considered to be divine instructions to work to end slavery.

It would be wrong to suggest that there were Christian ‘saints’ and ‘sinners’ in regards to slavery. It can be argued that both characteristics co-existed within denominations and individuals alike, demonstrating the idiosyncrasies and inconsistencies of all human beings. For instance, the Quakers have been described as the ‘good guys’, yet their links to slavery included the infamous David and Alexander of Barclays Bank fame, Francis Baring of Barings Bank and the Quaker merchant Robert King who was Olaudah Equiano’s last slave master. Most tellingly, even during the height of their anti-slavery activity, many Quaker meeting houses refused to accept Africans into their congregations.

This was also the situation with the other denominations. The Church of England, being the established church, had links to slavery through the United Society for the Propagation of the Gospel missionary organisations, which had plantations in Barbados; while the Bishop of Exeter was a personal slave owner. Moreover, Anglicans involved in slavery often poured their ill-gotten gain into Church coffers. And in cities such as Bristol, the church bells pealed when Wilberforce’s anti-slave trade Bills were defeated in Parliament.

However, not all Anglicans were complicit. Dr Beilby Porteus, the Bishop of London, was an evangelical abolitionist whose sermons regularly railed against slavery. Similarly, the Clapham Sect, a group of Anglicans based around Clapham, south London, carried out sterling work to end the slave trade. Likewise, the Countess of Huntingdon (herself a slave owner) became a sponsor of the poetry of the former enslaved African Phyllis Wheatley. Wheatley’s work, some of which addressed freedom and bondage, was published in the UK because publishers in Boston could not accept that a Black woman could write such exquisite verse.

However, the Christian abolitionists have their detractors and some have argued that they never showed the same commitment to ending slavery as they did to ending the slave trade. Their attitude towards Africans appear condescending by today’s standards. Yet, for their time, they were considered enlightened for recognising that Africans were made in the image of God and believing that Africa could trade with Europe in products and not human beings.