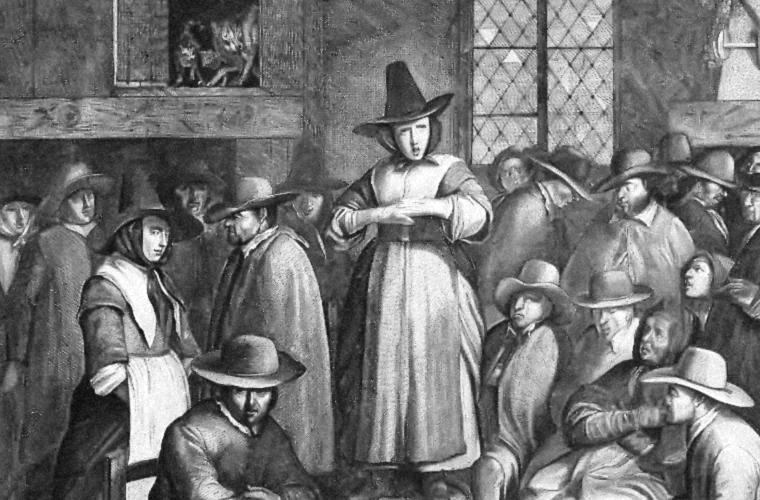 The Quakers, formally known as the Religious Society of Friends, constitute a small Christian denomination that formed in England in the 1650s in an effort to avoid overly ritualized worship. In 1768 Joseph Maddock, an English Quaker from North Carolina, founded in Georgia the Quaker community of Wrightsborough (named for James Wright, the royal governor of Georgia). Maddock and other families had been thriving in Hillsboro, North Carolina until the British representative there established a heavy tax system. Subsequently, he and another prominent Quaker, Jonathan Sell, organized the group of forty families who moved to Georgia. Governor Wright gave them 12,000 acres, on which the Quakers built homes, gristmills, and a meetinghouse.

The Quakers, who have a strict policy of nonviolence, initially did not support the Revolutionary War (1775-83). The Georgia Quakers dismissed from their congregation men who fought in the war but allowed them to rejoin when they returned to Wrightsborough if they apologized. In 1780 and 1781 a group of patriots raided and attacked Wrightsborough; fifty people were killed and buildings were burned. During the next few decades, other issues caused problems for the Georgia Quakers, including the increase of non-Quaker settlers in the area. Initially, the Georgia Quakers welcomed people of other faiths into their community, but as the non-Quaker population grew, the Quakers began to fear that their children would adopt the habits of the other religions in their presence.

Most devastating to the Georgia Quakers was the 1793 invention of the cotton gin. Previously, the Quakers’ main export crop had been tobacco, which was expensive to produce. With the invention of the cotton gin, other communities bought slaves to grow cotton and began to make large amounts of money. Because of their antislavery stance, instituted in 1774, the Quakers could no longer compete in Georgia’s economy. Gradually, many of them moved to midwestern states. Of the few who stayed in Wrightsborough (which continued as a town after they left), most renounced their faith.

became non-Quaker, there are still Quakers in the state. In 1943 Quaker groups began meeting in Atlanta, where they bought a meetinghouse in 1959. During the thirty years that the Quakers used the meetinghouse, it served as the location for many important civil rights and antiwar events, including a 1961 seminar on nonviolence held by Martin Luther King Jr.; the planning of the 1967 protest of the Vietnam War (1964-73), the largest peace demonstration ever held in the South; and a speech by Nobel laureate Linus Pauling on nuclear weapons. In 1989 the Atlanta group sold its meetinghouse and in 1990 acquired a larger one in Decatur. Atlanta Quakers also operate a Quaker school, which serves children from prekindergarten through eighth grade.

In 1955 northeastern Quakers started a group in Augusta, which remains active.