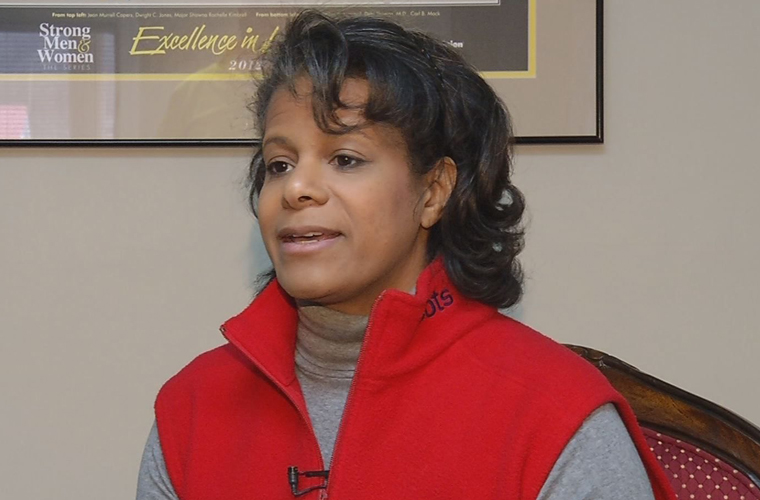 Debi Thomas, M.D., grew up wanting to be a champion figure skater and a doctor, and she has succeeded as both. In 1988 she won the bronze Olympic medal and in 1997 she graduated from Northwestern University Medical School.

When she was 5 years old, Debi Thomas told her mother that she wanted to be a doctor and a champion figure skater when she grew up. As a female African American sports star of the 1980s, Debi won numerous awards. She was crowned World Figure Skating champion in 1986 and twice won the U.S. National Figure Skating Champion title. She later captured World Professional Figure Skating titles in 1988, 1989, and 1991, and entertained audiences for four years with the Discover Card “Stars on Ice” show.

She pursued the other half of her dream as she completed a residency in orthopedic surgery at the Martin Luther King, Jr./Charles R. Drew University Medical Center in Los Angeles. She said her path had not always been easy. While gaining her elite ranking in skating, she stubbornly maintained her commitment to her educational goals, completing high school and enrolling at Stanford University to obtain a degree in engineering. At the time, her skating coach did not encourage her academic studies. She later told a reporter that she had daily run-ins with her coach over the proper balance between skating and school. Despite the demands of training and competing, she stuck to her plan.

In 1991 Thomas graduated from Stanford University with an engineering degree, and in 1997 she graduated from Northwestern University Medical School. While completing her residency in orthopedics, she thought about another dream. Someday she would apply to the astronaut training program, having visited the NASA Space Center in Houston and Space and Rocket Center in Huntsville, Alabama, with astronaut and former skater Jan Davis. She might also use her engineering and medical background to develop arthroscopy tools and/or prosthetic devices and joints.

Dr. Thomas married sports attorney Chris Bequette in 1996, and in 1997, just weeks after receiving her medical degree, she and her husband welcomed their first child, Christopher Jules Bequette II.

Dr. Thomas has worked with the Women’s Sports Foundation and has always helped children’s charities. She served on the advisory board of Athletes Against Drugs and the U.S. Olympic Committee Sports Medicine Advisory Board.