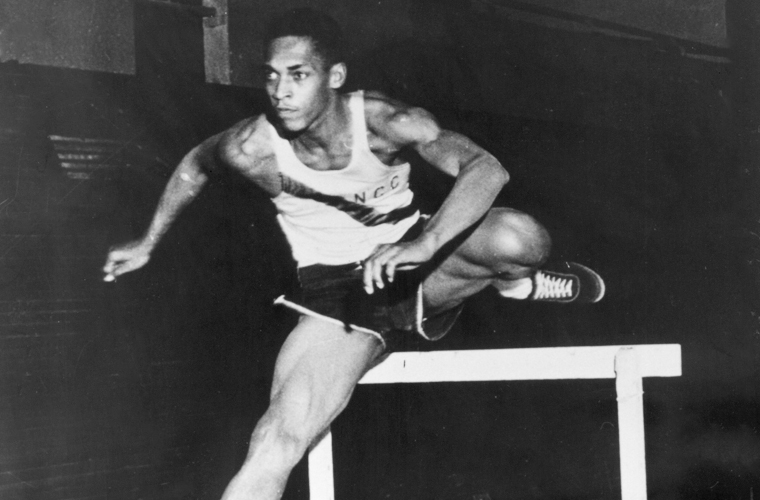 Calhoun competed for North Carolina College, winning national collegiate championships in the 120-yard hurdles in 1956 and 1957; he was national outdoor hurdles champion three times (1956, 1957, and 1959) and indoor 60-yard hurdles champion twice (1956, 1957). In the 110-meter hurdles at the 1956 Olympic Games in Melbourne, Calhoun got a faster start than his closest rival, the American Jack Davis, and with his shoulder lunged across the finish line only inches ahead of Davis. The two shared an Olympic record of 13.5 seconds, despite running into an adverse wind; the unofficial automatic timer showed that Calhoun finished 0.03 second ahead of Davis, who, ironically, had taught Calhoun the lunging technique that brought him the victory.

Calhoun was suspended from amateur athletics in 1958 for receiving gifts on a television game show. In 1960 he tied Martin Lauer’s world record of 13.2 seconds for the 110-meter hurdles. At the 1960 Olympics in Rome he won another gold medal in the 110-meter hurdles; in an even closer race, he and American Willie May were officially clocked at 13.8 seconds, and the automatic timer showed Calhoun winning by only 0.01 second.