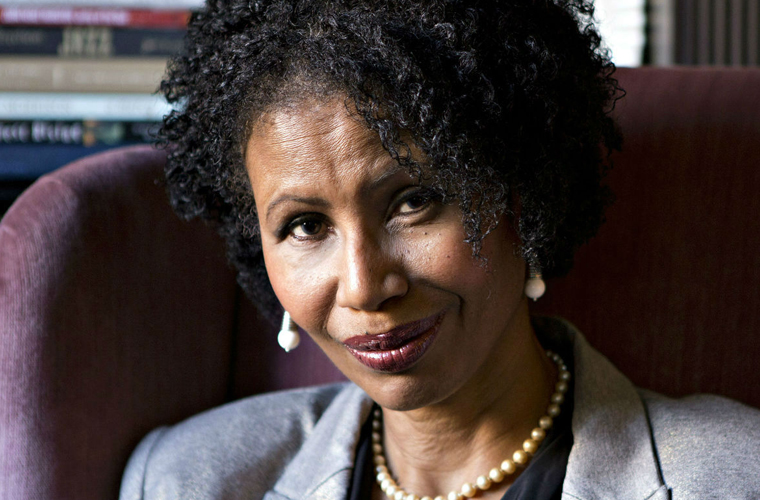 Diane McKinney-Whetstone is the author of a trio of well-received novels that portray African American families: Tumbling, Tempest Rising, and Blues Dancing. Although she had been a public affairs officer for the USDA Forest Service for a number of years, it took the approaching milestone of her fortieth birthday to steer her toward a more rewarding writing career. After her debut novel, Tumbling, received good reviews and she was well into writing her next novel, McKinney-Whetstone eventually gave up her day job to focus on writing what she found most rewarding—novels featuring vividly drawn characters set in her hometown of Philadelphia.

The second of five daughters born to Pennsylvania State Senator Paul McKinney and his wife Bessie, Diane grew up in a home that valued the word, both written and oral. “My father especially was a great storyteller,” McKinney-Whetstone remembered in Penn Arts & Sciences. The McKinney sisters would have reading contests to see which of them could finish a book before the others. They also excelled at writing, with three of them—Diane included—eventually opting for careers in communications. Diane attended the University of Pennsylvania, where she majored in English. “I didn’t write any fiction at Penn,” she told Penn Arts & Sciences. “It was reading that was the most instructive. Also the bouncing around of ideas.” She graduated in 1975.

Shortly after Diane graduated from college, her mother died of esophageal cancer after a two-year battle. In 1978 Diane married her high school sweetheart Greg Whetstone. They started a family, which included twins, daughter Taiwo and son Kehinde. Finally, as she was approaching a “significant birthday,” McKinney-Whetstone laughingly told Meghan Leary, “I felt that if I didn’t start to write fiction now, I never would.” So she made time in her busy schedule for writing by getting up at dawn. Writing from 5 a.m. to 7 a.m., seeing her children off to school, then getting to work at the Forest Service office was a challenging but fruitful routine.

Joining the Rittenhouse Writer’s Group, founded by University of Pennsylvania instructor James Rahn, gave her added incentive. This intense group, which met twice a week in eight-week cycles, proved to be a valuable experience. “They encouraged me to keep pushing the work so that it could be the best possible,” McKinney-Whetstone told Jeannine DeLombard of Book Quarterly. After writing the first draft of Tumbling, some five hundred pages, McKinney-Whetstone won a Pennsylvania Council on the Arts grant. This stipend allowed her to take a leave of absence from her Forest Service job to finish the second draft of the novel. She recalled to Essence reporter V. R. Peterson how her family got involved in researching the period details she needs to polish the manuscript. She also noted how chaotic that time of her life became as the work of writing took over her life. “I didn’t plan the book this way. Meals got out of whack. Breakfast was ‘on your own.’ But a certain magic happened: a story emerged and I followed it.” In fact, sometimes she did not know where the characters she had created would take the plot. She found a literary agent in 1994, and