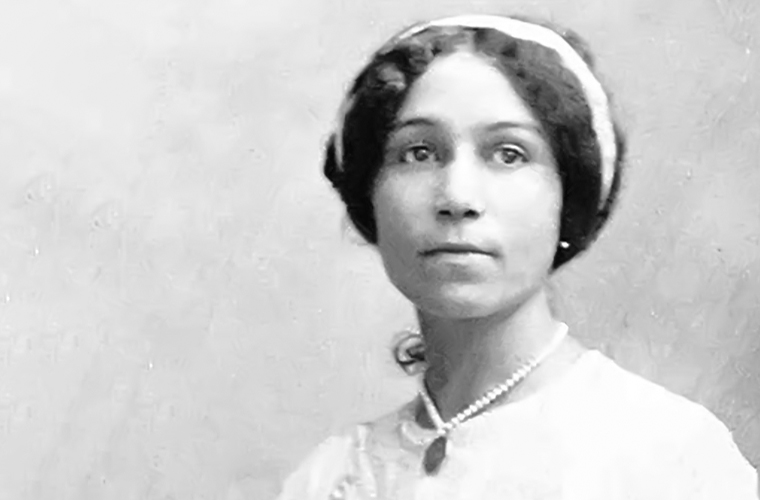 Harlem Renaissance poet Anne Spencer lived her entire life in Virginia, where she tended her garden, worked as a librarian and teacher, hosted luminaries of Black intellectual and cultural life, and fought for equal rights for African Americans.

Spencer was born Annie Bethel Scales Bannister near Danville, Virginia on February 6, 1882. She was the only child of Sarah Louise Scales and Joel Cephus Bannister, a former slave with Black, white, and Seminole Indian ancestry. Soon after her birth, the family moved to Martinsville, VA, where Spencer’s father opened a saloon. Spencer began studying at the Virginia Seminary in Lynchburg, VA (now Virginia University of Lynchburg) at the age of 11. She distinguished herself as a student of literature and languages and graduated as valedictorian in 1899.

Spencer then taught for two years before marrying Edward Alexander Spencer in 1901. The two had been students together – Edward tutored Annie in math and science, while Annie helped Edward with languages. Edward became the first African-American postman in Lynchburg, as well as an entrepreneur in construction and business. In 1903 they moved into a Queen Anne-style home in Lynchburg that Edward had designed and built. They lived in that house for the rest of their lives. Today it is the home to the Anne Spencer House & Garden Museum. The couple had three children: Bethel Calloway, Alroy Sarah, and Chauncey Edward. Chauncey became a pioneer aviator who fought for greater opportunities for African-American pilots.

Spencer possessed a lifelong determination to improve conditions for African Americans in her community. It was through her civil rights work that she began her career as a poet. Spencer and her husband frequently hosted Black travelers in their homes, as African Americans were barred from staying at local inns and hotels due to Jim Crow segregation. As a result, their home became a salon for prominent individuals like W. E. B. Du Bois, Langston Hughes, Paul Robeson, and Thurgood Marshall. In 1918, Spencer helped found the Lynchburg chapter of the National Association for the Advancement of Colored People (NAACP). Writer and activist James Weldon Johnson was the Spencers’ guest while he helped open the local NAACP chapter. Spencer had dabbled in poetry since she was a child and Johnson recognized her talent. He recommended her to H.L. Mencken and the two writers published her poem, “Before the Feast of Shushan,” in The Crisis (Feb. 1920). Johnson also included Spencer’s poetry in his 1922 anthology, The Book of American Negro Poetry. By 1931, Spencer had published poems in magazines like The Crisis, Palms, and Opportunity, all associated with the Harlem Renaissance literary and artistic movement. Though she remained in Virginia, Spencer maintained close friendships with other Harlem Renaissance writers throughout her life, including Johnson, Langston Hughes, Zora Neale Hurston, and Countee Cullen. 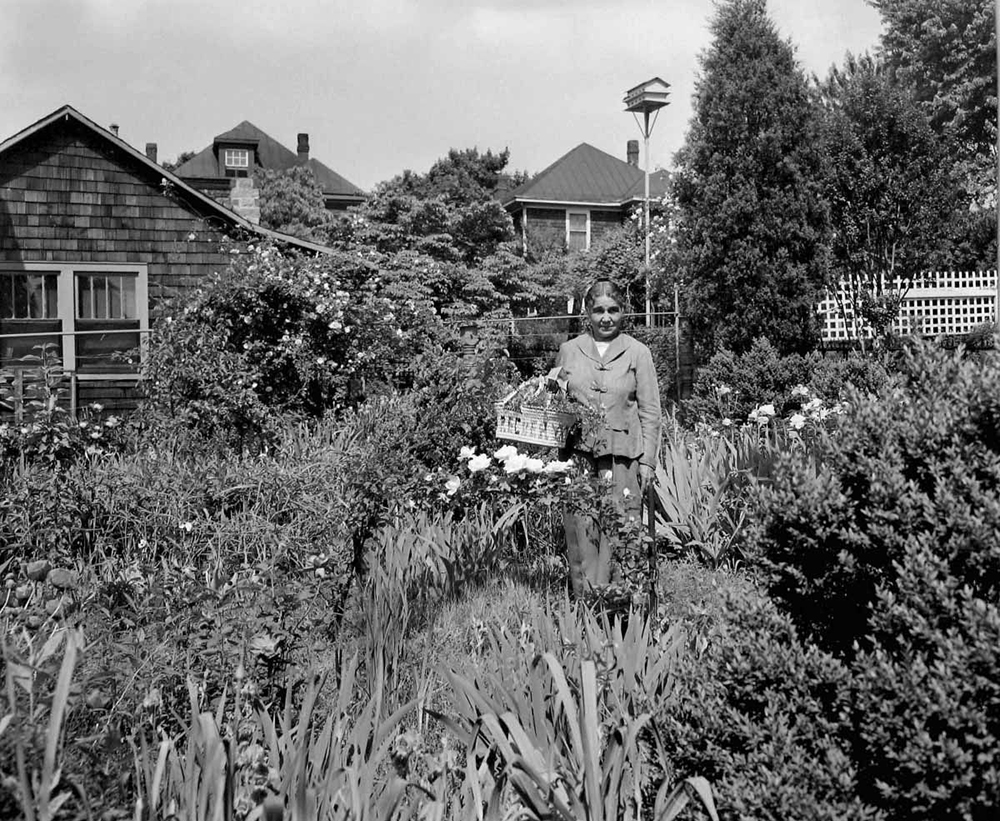 Though Spencer wrote prolifically, she published few poems after the death of Johnson in 1938 and in total published a relatively small number (approximately 30) in her lifetime. Two dozen more were published in her biography by J. Lee Greene, Time’s Unfading Garden: Anne Spencer’s Life and Poetry (1977). But the quality of her work established Spencer as a significant poet of the twentieth century. Spencer was the first African-American woman poet published in the Norton Anthology of Modern Poetry (1973). She used traditional forms like sonnets, epigrams, and elegies, and most of her poems are short, with few extending beyond 20 lines. Her poetry draws on universal themes such as religion and mythology as well as her garden and nature. Spencer treasured her home garden and the cottage her husband built for her there, which she named Edankraal. (Edankraal derives from the couple’s names, Edward and Anne, and kraal, the Afrikaans word for enclosure or corral.) She would draw inspiration there, often reading and writing late into the night.

Spencer also worked for 20 years as a librarian and part-time teacher of literature and language at Paul Laurence Dunbar High School, the African-American high school in Lynchburg. She supplemented the school library’s scant collection with volumes of her own and led a campaign to replace the school’s white faculty with Black teachers. She served on many local committees intended to improve legal, social, and economic conditions for her community, and frequently wrote to newspaper editors and city officials on these issues. She was staunch in her refusal to ride segregated buses and streetcars. Spencer’s son said of her, “My mother was full of fire.”

Spencer passed away from cancer at the age of 93 in 1975. She is buried alongside her husband, who died in 1964, at Forest Hills Cemetery in Lynchburg. In 2019, the United States Postal Service announced that Spencer would be honored on a Forever Stamp as part of the “Voices of the Harlem Renaissance” series, alongside writer and critic Alain Locke, novelist Nella Larsen, and historian Arturo Alfonso Schomburg.