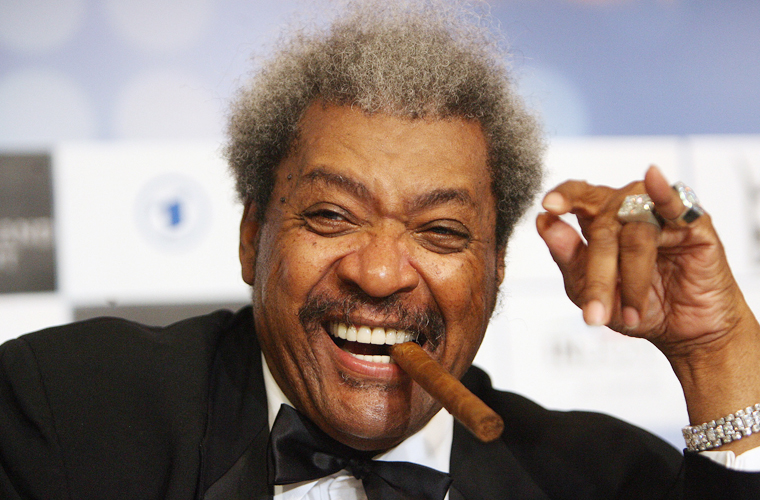 Don King, (born August 20, 1931, Cleveland, Ohio, U.S.), American boxing promoter known for his flamboyant manner and outrageous hair styled to stand straight up. He first came to prominence with his promotion of the 1974 “Rumble in the Jungle” bout between Muhammad Ali and George Foreman in Kinshasa, Zaire (now the Democratic Republic of the Congo).

After being cleared of a 1954 murder charge, which a judge found to be justifiable homicide, King was sentenced to prison in 1967 on a manslaughter charge for beating a man to death. Paroled in 1971, King entered the business of boxing. The next year he persuaded Muhammad Ali to compete in a benefit exhibition to raise money for a Cleveland hospital. Buoyed by this success, and with Ali’s encouragement, King became a full-time promoter with the 1974 Ali-Foreman fight. King promised the boxers $5 million each for the fight. When financial backers proved difficult to enlist, King sought out Zaire’s dictator, Mobutu Sese Seko, who agreed to put up the money from his country’s treasury. Mobutu saw the match as a way of generating positive publicity about Zaire. The televised bout was a huge rating success, and King’s career was launched.

King staged seven of Ali’s title bouts, including the legendary “Thrilla in Manila”—the 1975 fight between Ali and Joe Frazier that was viewed by more than a million people worldwide and earned Ali $6 million. He also promoted the fights of such pugilists as Sugar Ray Leonard, Leon Spinks, Roberto Durán, Julio César Chávez, Mike Tyson, Evander Holyfield, and Felix Trinidad. However, a number of boxers, including Tyson and Trinidad, felt defrauded by King and filed lawsuits against him.

King’s financial success continued into the 1980s and ’90s. In 1983 he promoted 12 world championship bouts; in 1994 he promoted 47 such bouts. King was heavily criticized, however, for a business strategy that resulted in his control over many of the top boxers, especially in the lucrative heavyweight division. King used a contractual clause that required a boxer who wished to challenge a fighter belonging to King to agree to be promoted by King in the future should he win. Thus, no matter which boxer won, King represented the winner. Those who were unwilling to sign contracts with this obligatory clause found it very difficult to obtain fights, especially title fights, with boxers who were promoted by King.

King has been the focus of a myriad of criminal investigations and has been indicted numerous times. In 1999 the U.S. Federal Bureau of Investigation seized thousands of records from King’s offices that concerned alleged payoffs by King to the president of the International Boxing Federation for the purpose of procuring more favorable rankings for King’s boxers.

King has been a mixed blessing to the sport. On one hand, he has organized some of the largest purses in the history of the sport and has creatively promoted boxing and his bouts. On the other hand, King’s legal problems and controversial tactics have reinforced the public perception of boxing as a corrupt sport.