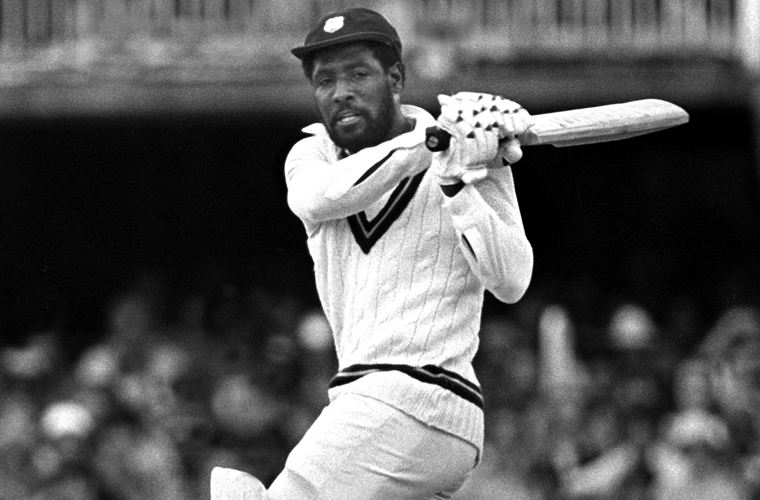 The son of Malcolm Richards, Antigua’s leading fast bowler, Viv Richards followed in a family tradition that included two brothers who also played cricket for Antigua. Richards began his Test (international) match career for the West Indies team at age 22 in 1974. In the course of a career that encompassed 121 Test matches and lasted until 1993, he distinguished himself as one of the most feared and productive batsmen of all time. Though he did so in an era when some of the game’s most dominant fast bowlers thrived, he defiantly and famously refused to wear a batting helmet. In the process of scoring 8,540 runs and averaging more than 50 runs per innings in Test competition, Richards recorded 24 centuries (100 runs in a single inning), leading the West Indian team that he captained from 1985 to 1991 to sweeping international success. Richards was also an “off-spin” bowler and took 32 wickets in Test competition. But it was as a batsman that the “Master Blaster,” who also had a distinguished career in English county cricket, will always be remembered. Richards was knighted by the Antiguan government in 1999. His autobiography, Sir Vivian: The Definitive Autobiography, written with Bob Harris, was published in 2000.