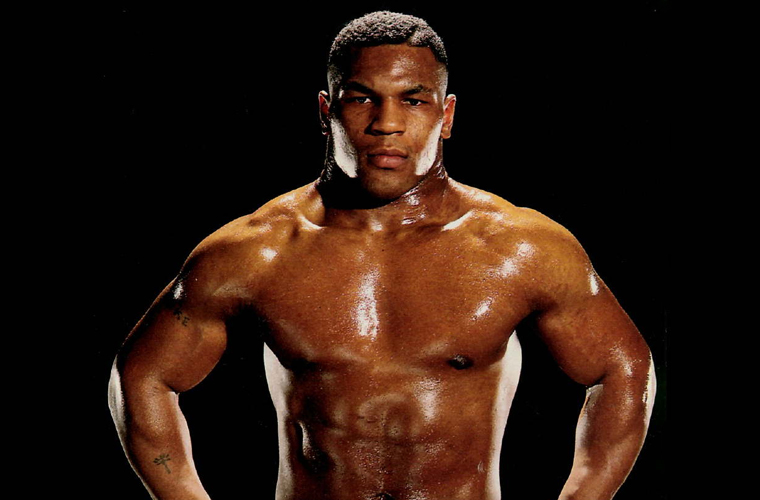 A member of various street gangs at an early age, Tyson was sent to reform school in upstate New York in 1978. At the reform school, social worker and boxing aficionado Bobby Stewart recognized his boxing potential and directed him to renowned trainer Cus D’Amato, who became his legal guardian. Tyson compiled a 24–3 record as an amateur and turned professional in 1985.

D’Amato taught Tyson a peekaboo boxing style, with hands held close to his cheeks and a continuous bobbing motion in the boxing ring that made his defense almost impenetrable. At 5 feet 11 inches (1.8 meters) tall and weighing about 218 pounds (99 kg), Tyson was short and squat and lacked the classic heavyweight boxer’s appearance, but his surprising quickness and aggressiveness in the ring overwhelmed most of his opponents. On November 22, 1986, he became the youngest heavyweight champion in history, with a second-round knockout of Trevor Berbick, to claim the crown of the World Boxing Council (WBC). On March 7, 1987, he acquired the World Boxing Association (WBA) belt when he defeated James Smith. After he defeated Tony Tucker on August 1, 1987, Tyson was unanimously recognized as champion by all three sanctioning organizations (WBC, WBA, and International Boxing Federation [IBF]).

After the deaths of D’Amato and manager Jimmy Jacobs, Tyson aligned with controversial promoter Don King. He made 10 successful defenses of his world heavyweight title, including victories over former champions Larry Holmes and Michael Spinks. In 1988 Tyson married actress Robin Givens, but the couple divorced in 1989 amid allegations that Tyson had physically abused her. A myriad of assault and harassment charges were subsequently filed against Tyson.

On February 11, 1990, in one of the biggest upsets in boxing history, Tyson lost the championship to lightly regarded James (“Buster”) Douglas, who scored a technical knockout in the 10th round. Tyson rebounded from the loss with four straight victories. In 1991, however, he was accused of having raped a beauty pageant contestant, and he was convicted of the charge in 1992.

Following his release from prison in 1995, Tyson resumed boxing and in 1996 regained two of his championship belts with easy victories over Frank Bruno and Bruce Seldon. On November 9, 1996, in a long-anticipated bout with two-time heavyweight champion Evander Holyfield, Tyson lost for the second time in his professional career, by a technical knockout in the 11th round. In a rematch against Holyfield on June 28, 1997, he was disqualified after he twice bit his opponent’s ears, and, as a result of the infraction, he lost his boxing license.

Tyson eventually was relicensed, and he returned to the ring on January 16, 1999, when he knocked out Franz Botha in the fifth round. On February 6, however, Tyson was sentenced to one year in jail, two years of probation, and 200 hours of community service and was fined $2,500 after he pleaded no contest to charges that he had assaulted two elderly men following a 1998 automobile accident. Tyson was released after serving just a few months of the one-year sentence.

Nevertheless, Tyson’s self-control problems continued. After the referee stopped a fight in June 2000 with American Lou Savarese, Tyson continued punching and inadvertently injured the referee. In comments made to the press after this fight, Tyson outraged boxing fans with bizarre and vicious remarks about British heavyweight champion Lennox Lewis. In his October 2000 bout with Andrew Golota, Tyson won in the third round, but the fight was later declared a no-contest because Tyson tested positive for marijuana. Tyson had only one more fight between October 2000 and his June 2002 fight with Lewis.

It had been difficult to schedule this fight. Both men were contractually bound to different promoters and cable television companies. Tyson had attacked and bitten Lewis during a press conference, which also had a dampening effect. Tyson’s legal problems caused him to be denied a boxing license by the sanctioning bodies of the U.S. states that usually hold major boxing matches (such as Nevada). It had been so long since Tyson had fought a boxer of his own caliber that no one knew the level of his skills. The question was settled when Lewis twice knocked Tyson to the canvas during the course of the fight before knocking him out in the eighth round.

Tyson had his final professional win in 2003, a 49-second first-round knockout. Later that year he filed for bankruptcy, claiming to be $34 million in debt after earning an estimated $400 million over the course of his career. Tyson lost bouts in 2004 and 2005, and he retired in the aftermath of the latter fight. In 2007 he served 24 hours in prison after pleading guilty to drug possession and driving under the influence, charges that stemmed from a 2006 arrest.

Tyson’s personal and professional exploits were recounted in the documentary Tyson, which premiered at the Cannes film festival in 2008, and in a one-man stage show, Mike Tyson: Undisputed Truth, which he first performed in Las Vegas in 2012. (The show was subsequently mounted on Broadway in a production directed by filmmaker Spike Lee.) He also appeared as himself in a number of television shows and films, including the blockbuster comedy The Hangover (2009) and its sequel (2011), as well as the animated television show Mike Tyson Mysteries (2014– ), a spoof on the various Scooby-Doo cartoon series. His memoirs Undisputed Truth (2013) and Iron Ambition: My Life with Cus D’Amato (2017) were co-written with Larry Sloman. Tyson was inducted into the International Boxing Hall of Fame in 2011.