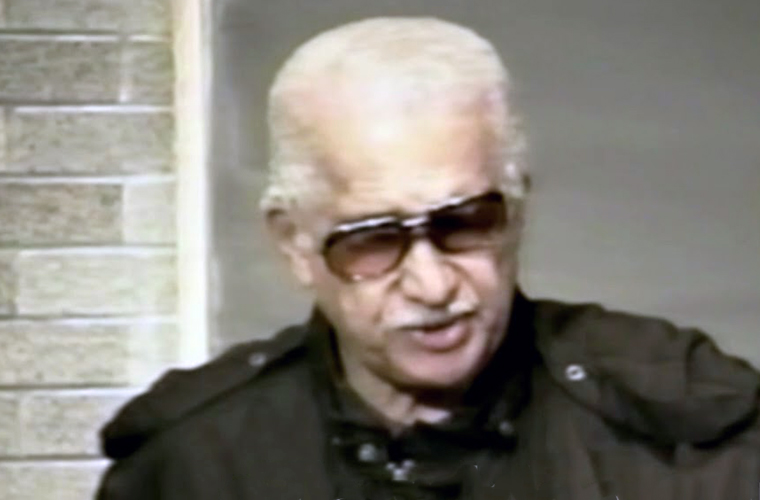 Dr. Edward Vivian Scobie was born in 1918 in the Commonwealth of Dominica, a former British colony. As a working journalist in London, Scobie became a correspondent for the Chicago Defender and for Ebony and Jet magazines. He contributed to many London newspapers, magazines, and wire services, and became a frequent broadcaster and scriptwriter for radio and television. From 1961 to 1963 he edited Flamingo, a monthly magazine published in London for African people in Britain, Africa, and the Caribbean. Scobie was twice the Mayor of Rouseau, the capital of Dominica, and vice-president of the Dominica Freedom Party.

Dr. Scobie was a major authority on the Afrikan presence in early Western Europe. He was the author of numerous scholarly articles and historical essays on the subject, including a series of five articles for the Journal of African Civilizations. One of these articles, “African Popes,” discussed the lives of the three African pontiffs: St. Victor I (189-199), St. Miltiades (311-314), and St. Gelasius I (492-496). A second contribution was called “The Black in Western Europe.” In “The Chevalier de Saint-Georges,” Dr. Scobie documented the life of the remarkable composer, conductor, violinist, swordsman, equestrian, and soldier of eighteenth-century France. In “The Moors and Portugal’s Global Expansion,”

“Not only did the Moors in their European conquests leave their learning, their culture, and their arts. Their blood, the blood of Africa, was to remain and flow in the veins of many a European, be he, aristocrat or commoner. Finally, it is left now to investigate, in some detail, the culture which these Islamic sons of Africa left for the benefit of Europe, particularly Spain, and even more so, Portugal. It is this African cultural heritage which set in motion the expansion of Europe.”

Edward Vivian Scobie was the author of Black Britannia: A History of Blacks in Britain published by Johnson Publishing House in Chicago in 1972. At the time of his death of acute myocardial infarction, on November 14, 1996, Edward Scobie was Professor Emeritus of History, Black Studies Department, City College of New York. Previously, Dr. Scobie taught at Princeton and Rutgers Universities. The comprehensive work, the African Presence in Early Europe, an anthology first published in New Brunswick, New Jersey by the Journal of African Civilizations in 1985, revised in 1993, and edited by Dr. Ivan Van Sertima, was dedicated to Dr. Scobie “in recognition of his pioneering work, over many years, in this long-neglected field.” The Honorary Pallbearers at Dr. Scobie’s mass were Dr. Jan Carew, Dr. Ivan Van Sertima, Dr. John Henrik Clarke, Bill Jones, Dr. Leonard Jeffries, Marcus Garvey Jr., and Dr. Yosef A.A. ben-Jochannan and James Smalls.