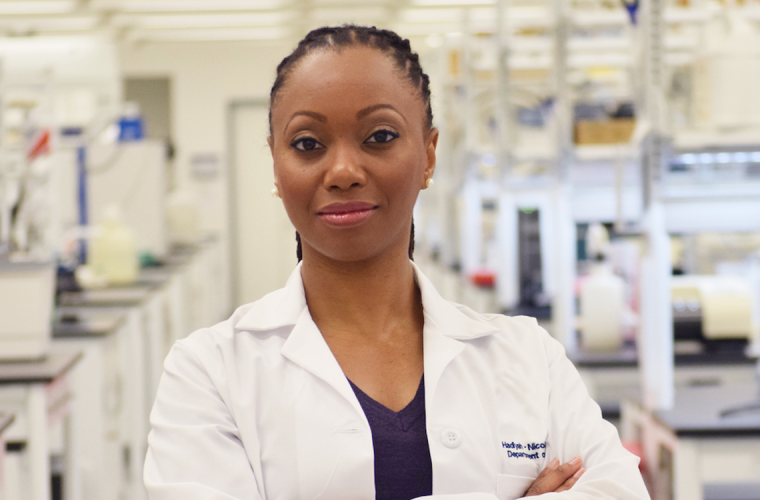 Dr. Hadiyah-Nicole Green, one of the first African American women to earn a Ph.D. in physics, holds the distinction of being only the second African American woman and the fourth African American to receive a Ph.D. in physics from the University of Alabama at Birmingham (UAB). She humbly served as Miss Alabama A&M University 2002-2003 and is a proud member of Delta Sigma Theta Sorority, Inc. Her professional expertise lies at the intersection of nanotechnology, immunotherapy, and precision medicine. She is currently an assistant professor at Morehouse School of Medicine in the Department of Surgery and the recipient of a $1.1 million grant from the U.S. Department of Veterans Affairs. Dr. Green has been highlighted in the media and has been featured among STEM leaders, influencers, and entrepreneurs by a wide variety of organizations and publications.

Notably, Dr. Hadiyah-Nicole Green developed a cancer treatment that uses lasers and nanotechnology to kill cancer in mice in just 15 days after a single 10-minute treatment with no observable side effects. She founded a 501(c)(3) non-profit organization, the Ora Lee Smith Cancer Research Foundation (OraLee.org), to raise the funding for human clinical trials and ensure that this treatment can be made affordable for everyone. Dr. Green has intertwined her life’s purpose into the mission of the organization: to change the way cancer is treated and reduce the suffering of cancer patients by providing a treatment that is accessible, affordable, and most importantly, effective. To learn more and support her efforts, visit OraLee.org and follow her on social media @DrHadiyahGreen and @WeAreOraLee.

For her groundbreaking work, Dr. Green has been presented the Key to the City and the Historic Icon Award by the City of Selma, Alabama; the Research Advocate of the Year Award by the Southern Company and Perennial Strategy Group; the Distinguished Trailblazer Award by The National Coalition of 100 Black Women, Inc., Metropolitan Atlanta Chapter; and the Trailblazer of the Year Award by the 100 Black Men of America, Inc. Dr. Green was named in the 2016 Root 100 by The Root magazine and the 2016 Ebony Power 100 by Ebony magazine as one of the “100 Most Influential African Americans” in the United States. She was also honored on BET and BETHer with the 2018 Breast Cancer Advocate of the Year Award and named as a 2019 Business Insider Top 30 Under 40 in Healthcare.