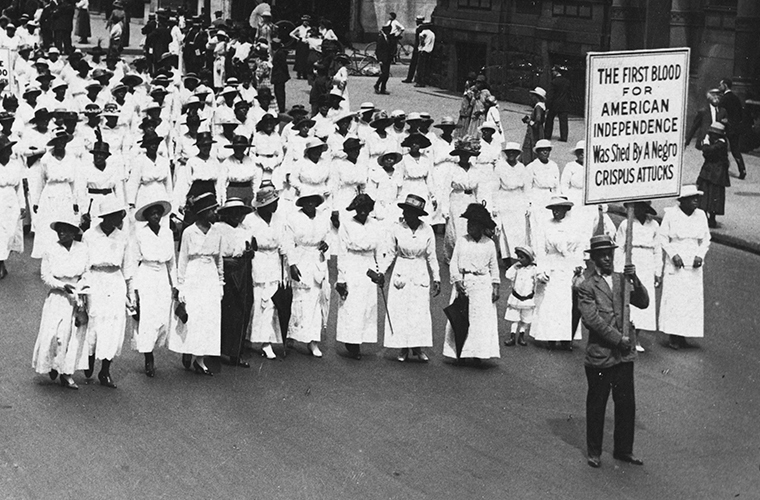 East Saint Louis Race Riot of 1917, (July 2), bloody outbreak of violence in East St. Louis, Illinois, stemming specifically from the employment of black workers in a factory holding government contracts. It was the worst of many incidents of racial antagonism in the United States during World War I that were directed especially toward black Americans newly employed in war industries. In the riot, whites turned on blacks, indiscriminately stabbing, clubbing, and hanging them and driving 6,000 from their homes; 40 blacks and 8 whites were killed.

On July 28 the National Association for the Advancement of Colored People (NAACP) staged a silent parade down Fifth Avenue in New York City, protesting the riot and other acts of violence toward black Americans. German propaganda magnified these incidents in an attempt to arouse antiwar sentiment in the American black community, and President Woodrow Wilson publicly denounced mob violence and lynchings, of which there had been 54 in 1916 and 38 in 1917.