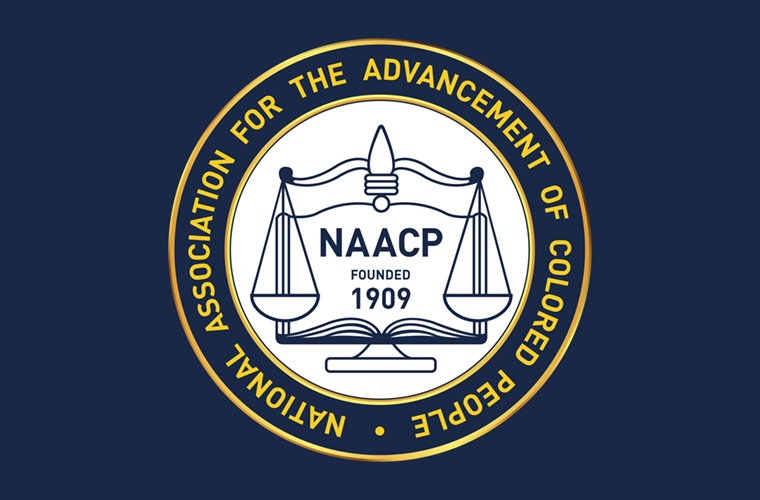 The NAACP or National Association for the Advancement of Colored People was established in 1909 and is America’s oldest and largest civil rights organization. It was formed in New York City by white and Black activists, partially in response to the ongoing violence against African Americans around the country. In the NAACP’s early decades, its anti-lynching campaign was central to its agenda. During the civil rights era in the 1950s and 1960s, the group won major legal victories, and today the NAACP has more than 2,200 branches and some half a million members worldwide.

Founding of the NAACP
The NAACP was established in February 1909 in New York City by an interracial group of activists, partially in response to the 1908 Springfield race riot in Illinois. In that event, two Black men being held in a Springfield jail for alleged crimes against white people were surreptitiously transferred to a jail in another city, spurring a white mob to burn down 40 homes in Springfield’s Black residential district, ransack local businesses and murder two African Americans.

Niagara Movement
Some early members of the organization, which included suffragists, social workers, journalists, labor reformers, intellectuals, and others, had been involved in the Niagara Movement, a civil rights group started in 1905 and led by Du Bois, a sociologist, and writer. In its charter, the NAACP promised to champion equal rights and eliminate racial prejudice, and “advance the interest of colored citizens” in regard to voting rights, legal justice, and educational and employment opportunities.

A white lawyer, Moorfield Storey, became the NAACP’s first president. Du Bois, the only Black person on the initial leadership team, served as director of publications and research. In 1910, Du Bois started The Crisis, which became the leading publication for Black writers; it remains in print today.

The NAACP’s Early Decades
Since its inception, the NAACP has worked to achieve its goals through the judicial system, lobbying, and peaceful protests. In 1910, Oklahoma passed a constitutional amendment allowing people whose grandfathers had been eligible to vote in 1866 to register without passing a literacy test.

This “grandfather clause” enabled illiterate whites to avoid taking the reading test while discriminating against illiterate Black people, whose ancestors weren’t guaranteed the right to vote in 1866, by requiring them to pass a test in order to vote. The NAACP challenged the law and won a legal victory in 1915 when the U.S. Supreme Court ruled in Guinn v. the United States that grandfather clauses were unconstitutional.

Also in 1915, the NAACP called for a boycott of Birth of a Nation, a movie that portrayed the Ku Klux Klan in a positive light and perpetrated racist stereotypes of Black people. The NAACP’s campaign was largely unsuccessful, but it helped raise the new group’s public profile.

Anti-Lynching Campaign
In 1917, some 10,000 people in New York City participated in an NAACP-organized silent march to protest lynchings and other violence against Black people. The march was one of the first mass demonstrations in America against racial violence. The NAACP’s anti-lynching crusade became a central focus for the group during its early decades. Ultimately, the NAACP was unable to get a federal anti-lynching law passed; however, its efforts increased public awareness of the issue and are thought to have contributed to an eventual decline in lynchings.

Civil Rights Era
The NAACP played a pivotal role in the civil rights movement of the 1950s and 1960s. One of the organization’s key victories was the U.S. Supreme Court’s 1954 decision in Brown v. Board of Education that outlawed segregation in public schools. Pioneering civil-rights attorney Thurgood Marshall, the head of the NAACP Legal Defense and Educational Fund (LDF), successfully argued the case before the court. Marshall, who founded the LDF in 1940, won a number of other important civil rights cases involving issues such as voting rights and discriminatory housing practices. In 1967, he became the first African American to serve as a Supreme Court justice.

The NAACP also helped organize the 1963 March on Washington, one of the biggest civil rights rallies in U.S. history, and had a hand in running 1964’s Mississippi Freedom Summer, an initiative to register Black Mississippians to vote. During this era, the NAACP also successfully lobbied for the passage of landmark legislation including the Civil Rights Act of 1964, which prohibits discrimination based on race, color, religion, sex, or national origin, and the Voting Rights Act of 1965, which barring racial discrimination in voting.

The organization received some criticism for its strategy of working through the judicial system and lawmakers to achieve its goals, rather than focusing on more direct methods of protest favored by other national civil rights groups. At the same time, NAACP members were subject to harassment and violence. In 1962, Medgar Evers, the first NAACP field secretary in Mississippi, was assassinated outside his home in Jackson by a white supremacist.

NAACP Today
During the final decades of the 20th century, the NAACP experienced financial difficulties and some members charged that the organization lacked direction. Today, the NAACP is focused on such issues as inequality in jobs, education, health care, and the criminal justice system, as well as protecting voting rights. The group also has pushed for the removal of Confederate flags and statues from public property.

In 2009, the year he became America’s first Black president, Barack Obama spoke at a celebration of the NAACP’s 100th anniversary. By 2021, the NAACP had more than 2,200 branches and more than half a million members worldwide.