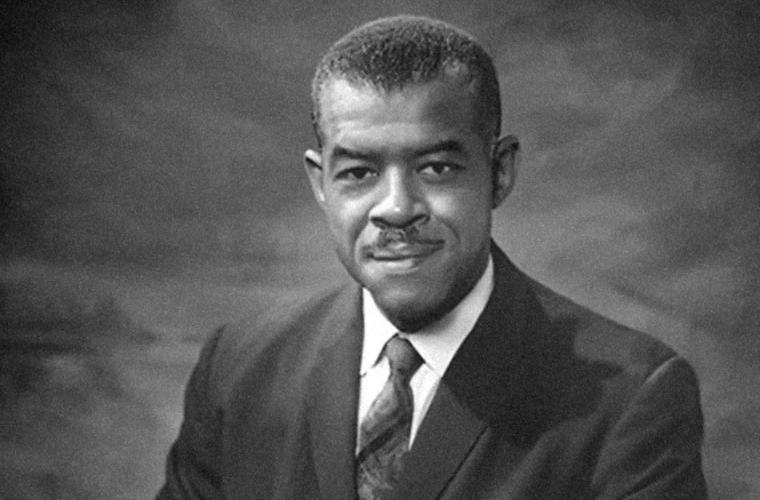 During Donald Hollowell’s career as a prominent civil rights attorney, he represented Martin Luther King several times, beginning in October 1960, when King was arrested for his participation in a sit-in at Rich’s, a department store in Atlanta.

Hollowell was born in Wichita, Kansas, in 1917. At his father’s insistence, Hollowell dropped out of high school at age 18 to help support his family. He immediately enlisted in the Army’s all-black 10th Cavalry, and during six years in the service, he earned his high school diploma. He later enrolled at Lane College in Jackson, Tennessee. Hollowell re-enlisted during WWII and rose to the rank of captain. After the war, he earned a law degree from Loyola University in Chicago in 1951. In 1961, Hollowell made history as the lead attorney in Holmes v. Danner, which desegregated the University of Georgia.

Hollowell defended King in October 1960, after King remained in Fulton County Jail for four days following his participation in an Atlanta sit-in. The sit-in charges were dropped, but he was subsequently charged with violating probation and sentenced to four months hard labor at Reidsville State Prison in Georgia. After one day in prison, King was released due to the intervention by the Kennedy administration, and Hollowell successfully appealed his sentence to the Georgia Court of Appeals.

In December 1961, King was again in need of Hollowell’s services after he and Ralph Abernathy were arrested for parading without a permit in Albany, Georgia. Seven months after his arrest, King and Abernathy were found guilty and sentenced to 45 days in jail or a $178 fine. They chose to serve out the 45-day sentence.

In 1964, when Hollowell ran for Fulton County Superior Court Judge, King provided him with several members of the SCLC staff to aid the campaign. King also urged voters to reward Hollowell “with a vote . . .for the long fight he has waged in behalf of justice and freedom” (King, 9 September 1964). Hollowell’s bid was unsuccessful.

Under President Lyndon B. Johnson’s administration, Hollowell became the first black man to head the southeastern regional office for the Equal Employment Opportunity Commission, which he directed from 1966 to1976. Hollowell served as president of the Voter Education Project from 1971 to1986 and was the recipient of countless awards, including the National Association for the Advancement of Colored People, Legal Defense and Education Fund’s Lawyer of the Year (1965), and the Civil Liberties Award from the ACLU (1967). In 2002, he received an honorary Doctorate of Laws from the University of Georgia, the same university he had helped to desegregate 40 years earlier.