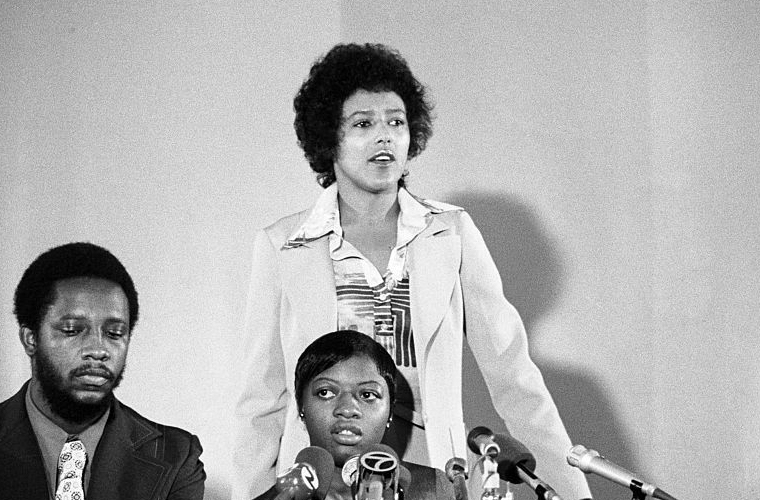 Born in 1943 in North Philadelphia, Brown moved to Los Angeles to be a songwriter. While living in California, Brown learned about the Black Power Movement. Following the assassination of Martin Luther King Jr., Brown joined the BPP. Initially, Brown sold copies of the news publications and assisted in setting up several programs including the Free Breakfast for Children, Free Busing to Prisons, and Free Legal Aid. Soon, she was recording songs for the organization. Within three years, Brown was serving as the Minister of Information.

When Newton fled to Cuba, Brown was named the leader of the Black Panther Party. Brown served in this position from 1974 to 1977.

“A woman in the Black Power movement was considered, at best, irrelevant. A woman asserting herself was a pariah. If a black woman assumed a role of leadership, she was said to be eroding black manhood, to be hindering the progress of the black race. She was an enemy of the black people[…] I knew I had to muster something mighty to manage the Black Panther Party.”