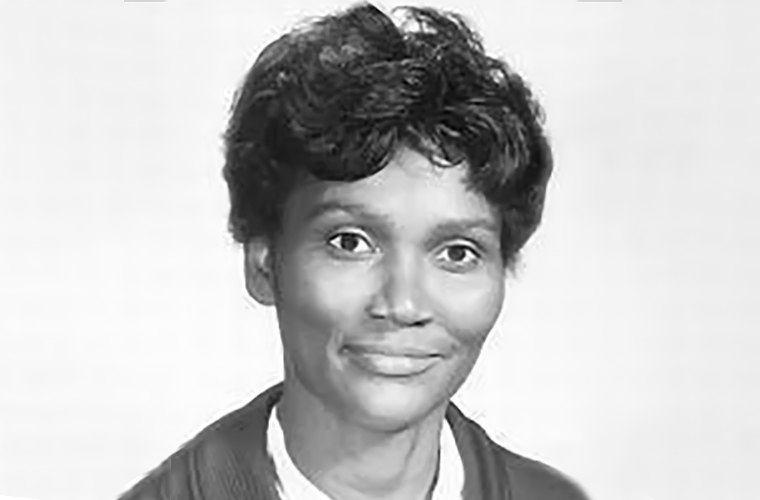 Emma Reed (Wright) was born on May 30, 1925, on the family farm in rural Redwood, Mississippi to parents Sallie and Smith Reed. She grew up on the farm but attended Coleman High School in Greenville, Mississippi, graduating in 1943. She then enrolled in Tennessee State University in Nashville, Tennessee where she obtained a BS degree in Health and Physical Education in 1946. She later enrolled in New York University, graduating with an M.A. in Engineering in 1950.

Reed was one of only 34 athletes from Tennessee State to participate in the Olympics. She joined the ranks of famous athletes such as Estelle Baskerville, Helen Blake, and Vivian Brown. Reed got her first chance for glory and a gold medal at the 1948 Olympics in London, England. She was 23 years old when she took part in the Women’s Long Jump for Team USA which ranked 12th in the international competition. Her best jump had a distance of 5.290 feet which was tied for 11th during the competition. This number, however, was high enough to move her to the Final Round where she achieved a distance of 4.845 ranking 12th overall.

Reed also participated in the Women’s High Jump for Team USA where she tied for 14th in the event. During the Women’s high jump, Reed achieved a height of 4.6 feet which was her overall personal best.

Reed returned to the United States and to Tennessee State at the end of the Olympic games on August 14th, 1948. She resumed her studies and graduated from State in 1947. She then began teaching African American history at Barber-Scotia College in North Carolina, staying there from 1950 to 1960. Reed then moved to Washington, D.C. to join her future husband Julius Wright, a fellow teacher.

They married on May 5th, 1960. The marriage was short-lived as they divorced on July 6th, 1961. There were no children from the marriage. Emma Reed Wright then began teaching at Leland Junior High in Washington, D.C., a post she held from 1962 to 1988.

Wright retired from teaching at the age of 63 and took up another occupation—tennis coach—at the William H.G. Fitzgerald Tennis Center in Rock Creek Park, Washington D.C. She remained there from 1991 to 1998.

In 1999 at the age of 73, Wright moved across the country to Seattle, Washington to be close to family members including sister Sally Reed and nephew Wilson Edward Reed. Wright was a devout Christian who attended Bethany Community Church with her sister Sally every Sunday during her final days.

Emma Reed Wright died on April 4th, 2014 in Seattle, Washington due to natural causes. She was 88 years old at the time of her death.