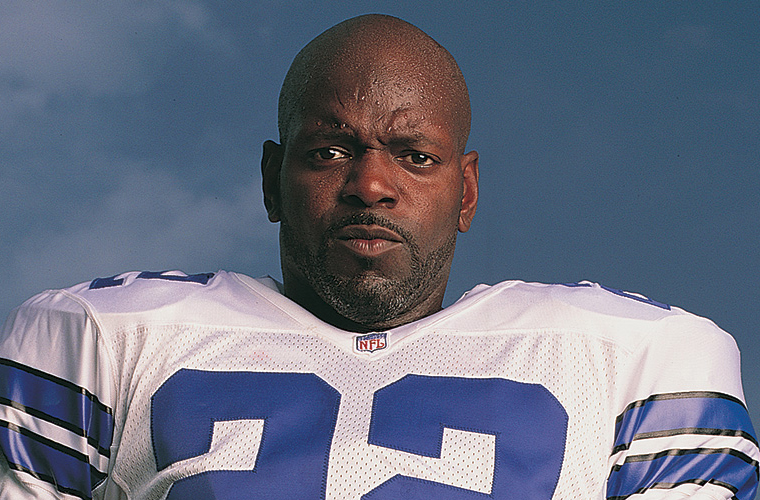 Emmitt Smith, in full Emmitt James Smith III, (born May 15, 1969, Pensacola, Florida, U.S.), American gridiron football player who in 2002 became the all-time leading rusher in National Football League (NFL) history. He retired after the 2004 season with 18,355 yards rushing. He also holds the record for most rushing touchdowns in a career, with 164.

Smith excelled early in football, starring in youth leagues and, by the time he finished high school, earning national Player of the Year honors from Parade magazine, among other publications. He played three years (1987–89) at the University of Florida (in Gainesville), racking up 58 school records before being selected in the first round of the 1990 NFL draft by the Dallas Cowboys. Smith soon established himself as one of the league’s premier running backs. He was named NFL Offensive Rookie of the Year in 1990 and the following season ran for 1,563 yards to capture the first of his four NFL rushing titles (the other three were in 1992–93 and 1995). With quarterback Troy Aikman and wide receiver Michael Irvin, Smith was part of a formidable Dallas offense, helping the Cowboys win consecutive Super Bowls over the Buffalo Bills in 1993 and 1994. He rushed for 1,486 yards during the 1993 regular season—averaging a tremendous 5.3 yards per carry—and was named the NFL’s Most Valuable Player. Smith won a third Super Bowl championship in 1996. His rushing totals began to fall off in the late 1990s, and the Cowboys released him after the 2002 season. Smith then signed with the Arizona Cardinals, finishing his career with two relatively nondescript seasons in Arizona. 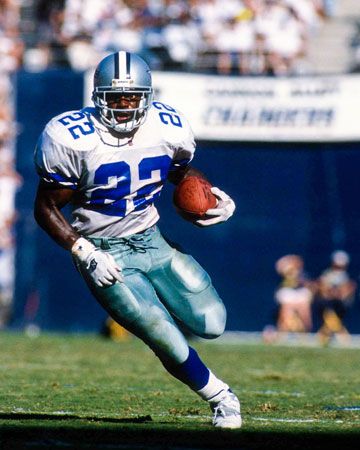 Though Smith was relatively small—he stood only 1.75 meters (5 feet 9 inches) tall and weighed 96 kg (212 pounds)—and lacked great speed, he thrived in the NFL by relying on his strength, doggedness, and superb conditioning. He ultimately proved to be one of the NFL’s most durable players at any position; between 1990 and 2002 he failed to start in only two games. An eight-time Pro Bowl selection over the course of his career, he was inducted into the Pro Football Hall of Fame in 2010.