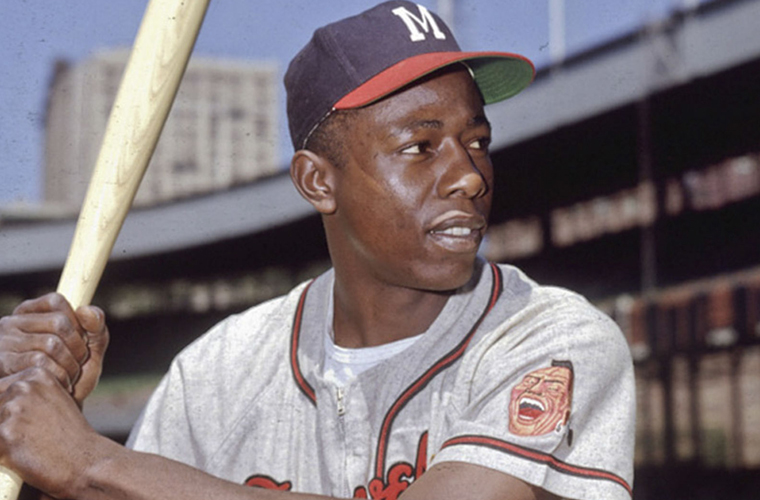 Aaron, a right-hander, began his professional career in 1952, playing shortstop for a few months with the Indianapolis Clowns of the Negro American League. His contract was bought by the Boston Braves of the National League, who assigned him to minor league teams. In 1954 he moved up to the majors, playing mostly as an outfielder for the Braves (who had moved to Milwaukee, Wisconsin, in 1953). In 1956 he won the league batting championship with an average of .328, and in 1957, having led his team to victory in the World Series, he was named the league’s Most Valuable Player. By the time the Braves moved to Atlanta, Georgia, at the end of 1965, Aaron had hit 398 home runs. In Atlanta on April 8, 1974, he hit his 715th, breaking Babe Ruth’s record, which had stood since 1935. After the 1974 season, Aaron was traded to the Milwaukee Brewers, who were at that time in the American League. Aaron retired after the 1976 season and rejoined the Braves as an executive. He was elected to the Baseball Hall of Fame on January 13, 1982. In 2010 the Hank Aaron Childhood Home and Museum opened on the grounds of Hank Aaron Stadium, the home of Mobile, Alabama’s minor league baseball team.