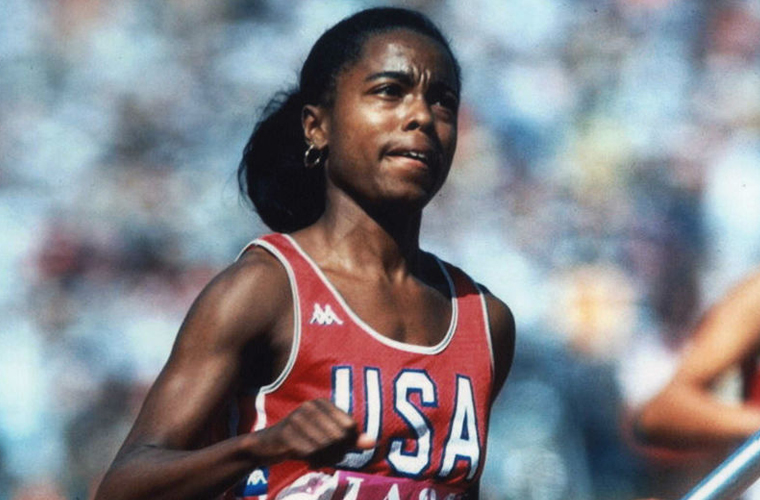 Evelyn Ashford, (born April 15, 1957, Shreveport, La., U.S.), renowned American sprinter and five-time Olympian. At her high school in California, Ashford was invited to join the all-male track-and-field team when she outdistanced a number of its members in a series of races; she co-captained the team her senior year. She received one of the first athletic scholarships awarded to a woman by the University of California at Los Angeles (UCLA), and in her years there (1975–78) she won four national collegiate championships and competed in the 1976 Olympics in Montreal.

After she quit school in 1978 to train for the Olympics full-time, Ashford won two 1979 World Cup titles, beating German world-record holders Marlies Gohr and Marita Koch in the 100- and 200-meter sprints, respectively. She was voted the 1979 Woman Athlete of the Year. Although she was unable to participate in the 1980 Olympics in Moscow because of the U.S. boycott, she went on to win another two world championships in 1981, when she was again named Woman Athlete of the Year. In the 1984 Olympics in Los Angeles, Ashford captured the gold medal in the 100-meter dash, despite residual difficulties from a hamstring injury she suffered during the 1983 world championships. She was also a member of the gold-medal-winning 4 × 100-meter relay team. In 1984 Ashford set a world record in the 100 meters (10.76 seconds).

After taking time off to give birth to a daughter, Ashford began competing again at 100 meters in 1986, finishing third in the U.S. championships and first in the Goodwill Games in Moscow. In the 1988 Olympics in Seoul, South Korea, she won a silver medal in the 100 meters and a gold medal in the 4 × 100-meter relays. In the 1992 Olympics in Barcelona, Spain, Ashford, at the age of 35, competed again with the 4 × 100-meter relay team, becoming the oldest American woman to win an Olympic gold medal in track and field.